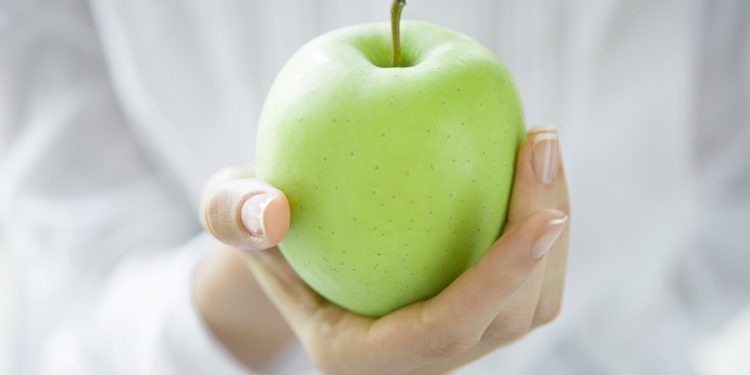 The Centers for Disease Control and Prevention (CDC) recommends that women get about 14 grams of fiber for every 1,000 calories consumed. Since the average woman eats about 1,833 calories per day, that adds up to about 26 grams of fiber.

The Institute of Medicine agrees, recommending about 25 grams of fiber per day for women (and 38 grams a day for men). Women older than 50 may require less as they generally eat fewer calories.

Unfortunately, most of us don’t get nearly this much. According to a 2012 study on daily fiber intake in the U.S. population, most people averaged only about 15 grams a day.

They added that a diet sufficient in fiber has been linked with lower LDL cholesterol and blood pressure, as well as lower blood sugar and decreased insulin resistance. It’s also thought to help with both weight loss and maintenance and improved gastrointestinal health.

Fiber is critical for a number of health reasons, but for women, there are unique reasons why increasing intake is a good idea.

Also called roughage or bulk, dietary fiber includes parts of plant foods that your body can’t naturally digest or absorb. Unlike carbohydrates, proteins, or fats, this fiber passes mostly intact through the digestive system and out of the body. Though it’s mainly known for helping to prevent or relieve constipation, it actually provides a number of health benefits.

When we’re talking about fiber, we typically divide it into two types:

Some of the foods listed above have both soluble and insoluble fiber. Both are important for health, and we typically feel best when we’re getting some of both every day. In general, soluble fiber is linked with better blood cholesterol and glucose levels as well as a reduced risk of heart disease, and insoluble with digestive health.

We used to think weight gain was simply a matter of consuming more calories than we burned off. More recent research has discovered that it’s a lot more complicated than that. One of the things we’ve discovered is that the balance of bacteria in the gut can play a big part in how the body manages calories.

In a healthy gut, we have more good bacteria than bad, which helps us digest food properly. Because of a number of factors, including illness, antibiotics, age, obesity, and more, that balance can be disrupted, allowing the bad bacteria to gain the upper hand.

Women who consumed the most dietary fiber had a 49 percent lower risk of weight gain.

In a 2015 animal study, researchers suspected that low-grade inflammation in the gut caused by an imbalance of bacteria could lead to weight gain. They examined the effect of diets varying in amounts of fiber, and how that affected fat accumulation and weight gain.

They found that mice on a diet that included soluble fiber had healthier digestive systems than those who didn’t have soluble fiber. In fact, the ones on the fiber-deficient diet actually had shorter intestines with thinner walls. The researchers believed that the improvements in the gut were caused by fiber-stimulated changes in the gut “microbiota,” which is the bacterial balance.

The exciting thing was that putting soluble fiber back in the diets of these mice helped rejuvenate the gut, and restored the intestinal walls. In mice eating a high-fat diet, switching from insoluble to soluble fiber also protected them from fat accumulation.

Another 2015 human study of 240 adults at risk for type 2 diabetes reported that those who increased their fiber intake to 30 grams a day lost on average 4.6 pounds after a year. They also showed lower blood pressure levels and improved insulin resistance.

As women grow older, they are more at risk for osteoporosis and broken bones, particularly broken hips. After menopause, women produce less of the hormone estrogen, which normally helps promote the activity of cells that produce bone. As the levels decline, less bone is produced, increasing risk of osteoporosis—a condition in which the bones become weak and brittle.

One of the things we can do is make sure we get enough dietary calcium, which encourages the buildup of bone. But studies have discovered that without enough fiber in the diet, the body has a difficult time absorbing calcium.

Women over the age of 50 are four times more likely than men to develop osteoporosis, and several studies have indicated that recovery is particularly difficult.

We know that adequate calcium intake—particularly when we’re teens—can help us build strong bones. After about the age of 35, the bone starts to break down, which can cause a gradual loss of bone mass unless we take steps to preserve it.

One of the things we can do is make sure we get enough dietary calcium, which encourages the buildup of bone. But studies have discovered that without enough fiber in the diet, the body has a difficult time absorbing calcium.

According to the researchers: “There is a wide range of calcium absorption values in healthy women. The amount of dietary fat consumed relative to dietary fiber appears to have an important role in determining differences in calcium absorption performance among individuals.”

A more recent 2016 study also reported that supplementing with soluble fiber in adolescence and post-menopause helped build and retain calcium in bone. 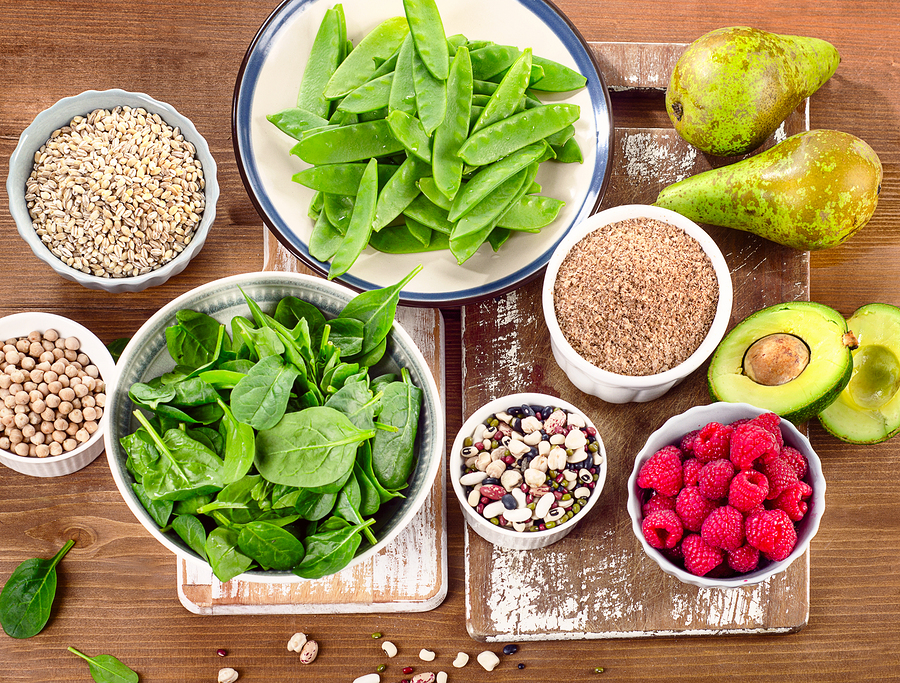 Did you know that women, in general, suffer from constipation more often than men? In a 2009 study, researchers found that out of 518 patients, women experienced constipation symptoms and abnormal bowel habits more frequently than men.

A high-fiber diet is often prescribed as a treatment for constipation. Researchers have discovered that gradually increasing fiber intake helps to improve constipation and its associated symptoms. In a large 2012 meta-analysis of 5 studies, dietary fiber intake increased stool frequency.

Other studies have found that fiber can be helpful in treating IBS for some people. Though it can exacerbate symptoms in some cases, soluble fiber, in particular, has shown to help improve symptoms, including abdominal pain.

Finally, women who want to avoid colorectal cancer should also try to eat more fiber. One 2003 study of over 500,000 participants discovered that those with the highest amounts of fiber in their diets had a 40 percent lower risk of developing colon cancer than those with the lowest fiber intake.

Heart disease remains the number one killer of women, with one women dying from the disease about every 80 seconds. An estimated 44 million women in the U.S. are affected, with 90 percent of them having one or more risk factors for heart disease or stroke.

You wouldn’t think that fiber, which helps with digestion, would have anything to do with the health of the heart, but it does. In a 2013 study, for example, researchers reported that greater dietary fiber intake was associated with a lower risk of both cardiovascular disease and coronary heart disease.

An earlier 2002 study found similar results, and in a 2008 study, researchers found that not only did a diet high in fiber reduce risk of coronary heart disease, it also reduced risk of overall mortality.

How to Get More Fiber Today

How can you tell if you need more fiber in your daily diet? First, watch food labels for fiber content. Second, pay attention to your digestion. If you’re frequently suffering from constipation, it could be that you need more fiber. Good clues are bowel movements less than three times a week, and hard and dry stools.

Third, watch your weight. If you find you’re packing on the pounds, eating more fiber could help. If you have diabetes and your blood sugar levels are fluctuating more than you’d like, that could be a sign of a low-fiber diet. If you often feel fatigued or suffer from nausea, that’s another clue.

It’s not hard to incorporate more fiber in your diet. Try these tips:

Kathleen M. Zelman, “Fiber: How Much Do You Need?” WebMD, http://www.webmd.com/diet/guide/fiber-how-much-do-you-need#1.

Simin Liu, “Relation between changes in intakes of dietary fiber and grain products and changes in weight and development of obesity among middle-aged women,” American Society for Clinical Nutrition, 2003, 78(5):920-927, http://ajcn.nutrition.org/content/78/5/920.full.