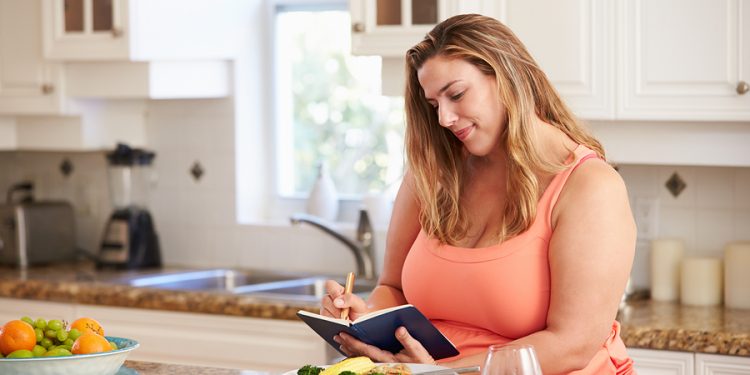 Three years ago, Alexandra Johnson was overweight to the point where it was affecting her health. When she first realized how much weight she’d have to lose, she was overwhelmed. She decided to focus on losing 5-10 pounds at a time and made incremental changes to her habits, resulting in an over 50 pound loss.

Johnson is on to something. Research has shown that when it comes to healthy diet and exercise, the way we set our goals affects how motivated and successful we are in achieving them.

Maura Scott, associate professor of marketing at Florida State University’s College of Business, studied women in a weight loss program. She found that women were more likely to stick with a weight loss program when their weight loss goal was a low-high range goal (e.g. lose three to five pounds) than when their goal was a single number goal (e.g. lose four pounds). The reason they were more likely to continue with the program is that the range goal offered the “best of both worlds” with two anchor points, she says, which can be seen as being both attainable (lower end of the range) and more challenging (higher end). “The result was that the high-low range goals tended to lead to a greater sense of accomplishment for the woman pursuing the goal,” Scott says. “Having the greater sense of accomplishment makes people want to continue to work toward the goal.”

“Having the greater sense of accomplishment makes people want to continue to work toward the goal.” -Maura Scott

Every woman has her own personal reference points to determine what’s attainable and challenging, based on her own circumstances and life experiences, says Scott. She suggests thinking about similar goals that were attainable in the past (e.g. in the past, I successfully lost five pounds by cutting out fried foods at lunch) in order to find what’s attainable. For the challenging end, she says to think about an aspirational target (e.g., if I were to really work at it, I might be able to lose another 15 pounds to get to the weight my doctor recommends). This would make the range goal 5-15 pounds.

“Our research found that this type of high-low range goal structure led to more interest in reengaging in a goal in the future, because if people fall short of that single number goal, they did not feel as good about themselves,” Scott says. 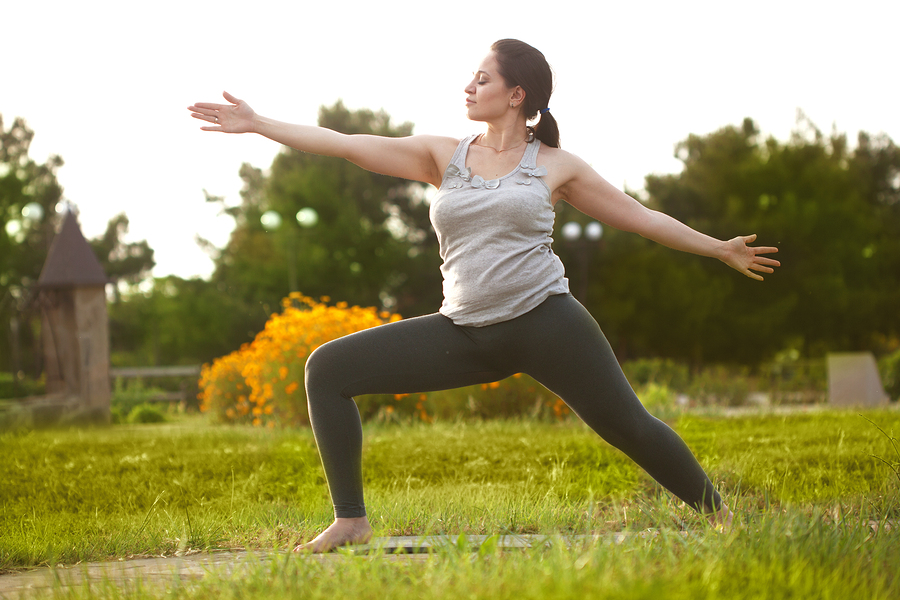 Scott’s research findings can be applied to other areas as well. For example, women may be more likely to regularly conduct breast self-exams if they give themselves a range. The goal could be to do a self-exam during the window of the 1st-4th every month.

“Women live very busy, multi-faceted lives that involve juggling work and family responsibilities, [therefore] a more flexible range goal may increase the likelihood that she will successfully meet the goal each month, develop a sense of accomplishment about taking care of her health, and continue to pursue the goal of regular breast exams,” says Scott.

It may often seem like we’re blocking our own paths to success. Barbara (not her real name) says she’ll start a diet or program with a certain end weight in mind that’s both attainable and challenging. The problem is she just gets more depressed when she doesn’t reach it. But when she tells herself to just “do better than before” when she runs, she feels good that each time she’s running a little faster than before.

“These goals allow a person to be challenged (e.g. five days a week) while leaving room for self-forgiveness (e.g. three days a week) even when life gets hectic.” – Maura Scott

There are practical ways in which high-low goals can be implemented. If the goal is to increase exercise, Scott suggests setting a goal to park at the furthest end of the parking lot at work between three to five days a week. By making this more flexible, even if there’s one or two busy days when taking the extra ten minutes to get to your desk seems like too much, you can still experience a sense of accomplishment from getting the walk in for three of the five days. “These goals allow a person to be challenged (e.g. five days a week) while leaving room for self-forgiveness (e.g. three days a week) even when life gets hectic,” she says.

Compared to men, women tend to take on more responsibility for childcare and other responsibilities in the home and family, Scott says. These pressing responsibilities may take precedence over focusing on preventative healthcare. “As a result, it may be more difficult for a woman to consistently focus on herself and her health,” she says, so a range goal may offer more flexibility.

This is the issue that Samantha (not her real name) faces. The working mom of two sets goals but doesn’t follow through because healthy eating involves preparation and planning, and going to the gym requires time. It’s hard to find this time; she says she does better over the winter break and summer.

Scott has suggestions for this scenario as well. If a busy mom has a goal of preparing three to six low-fat meals at home each week, she can purchase groceries that can be used for several healthy recipes in one week (e.g. fresh tomatoes can be used in a fresh salad, crockpot chili, or tacos), Scott says. Then, depending on schedule, she can have the flexibility to prepare meals that require more or less prep time without an additional trip to the grocery store.

The key, then, is to set the right type of goal from the outset. This is one reason why Johnson has been successful. “I think if I was to do a ‘The Biggest Loser’ approach to weight loss, I might’ve gotten 50 pounds off in a year,” says Johnson, “but it would’ve been very difficult to make so many changes at once stick, and I think it would have been devastating to me if I fell off the wagon once and felt like I screwed up because I wasn’t ‘perfect.’”

Health Apps Can be Good for You