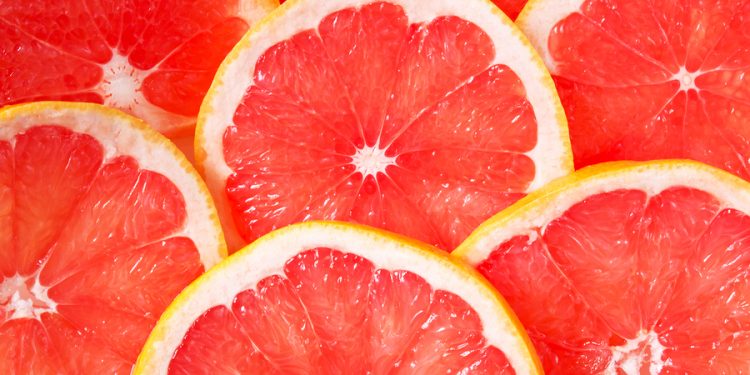 “Drink your orange juice,” my mom used to say. “It’s got vitamin C.”

I learned from a young age that vitamin C was a good thing. I didn’t really know why at the time, just that I got it when drinking orange juice and when chewing the kids’ vitamins my mom gave my brothers and me.

After 20 years as a health writer, I now know a lot more about vitamin C, and I seem to learn something new just about every year. That’s because scientists are discovering even more amazing things that this vitamin can do, far beyond the basics that most of us were aware of years ago.

We know, for instance, that vitamin C is good for overall health, and that without it, we risk health issues like scurvy. In fact, scurvy was a serious problem for sea explorers in the 16th and 18th centuries, when sailors were trapped on boats for several months or even years without fresh fruit and vegetables (which are rich in vitamin C). They eventually realized that taking fruit along on the journey prevented the problem, but it wasn’t until the 1900s that scientists connected the disease to a vitamin C deficiency.

We’ve gone way beyond “deficiency” in our research today, and have discovered some new, amazing things about how vitamin C affects women’s health—and even how it may help women look younger!

Scientifically named “ascorbic acid,” vitamin C is a water-soluble vitamin present in fruits and vegetables. Most animals are able to make vitamin C internally, but humans cannot, so we have to get it from the foods we eat.

Though some free radicals are needed by the immune system, too many can damage DNA, enzymes, cell membranes, and lipids in the body, leading to what is called “oxidation.” This oxidation has been linked with heart disease, asthma, diabetes, cancer, Alzheimer’s disease and accelerated aging, so it’s important that we have nutrients like vitamin C that can neutralize excess free radicals before they become destructive.

The vitamin’s basic job is to grow and repair tissues in all parts of the body. It’s involved in the formation of collagen, which is a protein used to make cartilage, tendons, ligaments, blood vessels, and the skin’s internal structure. It’s also important for healing wounds and maintaining teeth and bones, and helps the body absorb iron.

Perhaps one of its most protective functions, though, is as an antioxidant. In this role, vitamin C helps to prevent free-radical damage. Free radicals are natural by-products of human metabolism. We’re also exposed to them through pollution, cigarette smoke, UV rays (from the sun), stress, and poor diet.

Though some free radicals are needed by the immune system, too many can damage DNA, enzymes, cell membranes, and lipids in the body, leading to what is called “oxidation.” This oxidation has been linked with heart disease, asthma, diabetes, cancer, Alzheimer’s disease and accelerated aging, so it’s important that we have nutrients like vitamin C that can neutralize excess free radicals before they become destructive.

Vitamin C is called an “essential” vitamin because we have to have it. If we become deficient, we suffer from a number of health problems, including scurvy. Within about a month of getting little to no vitamin C, humans can suffer from scurvy, with symptoms including fatigue, inflammation of the gums, joint pain, bleeding, bruising, and more. Left untreated, scurvy is fatal. 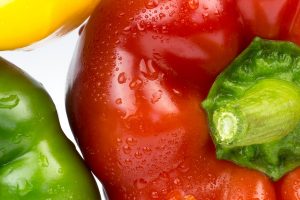 Scurvy is rare today, because most of us get the basic amount of vitamin C to avoid it. Many of us aren’t getting the recommended daily intake, though, and fewer still consume the amounts recommended by scientists to help prevent disease.

Women at risk for low levels of vitamin C or include those who:

Symptoms of a vitamin C deficiency include:

These are the very basic amounts, though. Most research on vitamin C levels needed to prevent or treat various health conditions used between 500 to 1,000 mg/day.

Since the vitamin is water-soluble, there is little risk in taking more, though some supplements types may irritate the stomach. If you take a supplement, use the non-acidic, buffered form. The safe upper limit is 2,000 mg/day. Most health experts recommend eating more fruits and vegetables, and then taking a 500 mg supplement.

A number of studies suggest that eating a diet rich in vitamin C can help lower the risk of most types of cancer. Scientists think it’s because vitamin C helps fight free-radical damage, which is directly tied to cancer. Most case-control studies have found that those participants who consume more vitamin C have a lower risk of lung, breast, colon, stomach, oral, and esophageal cancers. People who already have cancer have also been found to have lower blood levels of vitamin C.

Vitamin C can also stop cancer-causing compounds from forming. In one study, scientists found that it actually stopped the formation of dangerous nitrosamines, a large group of potent carcinogens found in foods, cosmetics, and pesticides.

Other studies have shown that the vitamin can stop oxidative damage that leads to cancer, but only if we maintain higher levels of it in our bodies. (That’s one of the reasons why experts recommend 5-9 servings of fruits and veggies each day.) In a study of over 80,000 women, for example, researchers found that those who consumed an average of 205 mg/day of vitamin C from food had a 63 percent lower risk of breast cancer than those who consumed only 70 mg/day (near the recommended amount).

Just as vitamin C helps protect the body from cancer, it seems to also protect it from the changes that can cause cardiovascular disease, heart attack, and stroke. Scientists have found that oxidative damage is one of the main factors involved in narrowing our arteries and increasing the risk for blood clots. Vitamin C helps prevent this damage, and may help us keep our arteries open for longer.

Recent studies have shown that the nutrient can also do much more to help blood circulation. It maintains the blood vessels’ abilities to expand and contract as they should, keeping them flexible and healthy. In one 2004 review of 9 studies, researchers found that taking vitamin C supplements (at 400 mg or more a day) was associated with a decreased risk of coronary heart disease. A 2008 review also showed that dietary intake of vitamin C was associated with a lower risk of heart disease.

Scientists have also discovered that vitamin C can help maintain a normal blood pressure level, which is important in keeping the heart healthy. In addition, it may also help prevent “gunk” from sticking to the arteries. People with low levels of vitamin C, for example, had a 30 percent greater “sticking” of cells to blood vessel walls in one study.

Cataracts and age-related macular degeneration (AMD) are two of the leading causes of vision loss in older individuals. We are all at risk for these as we age and unfortunately, women are more at risk than men. According to the Women’s Eye Health Task Force, nearly two-thirds of all visually impaired and blind people in the world are women.

Scientists believe that free-radical damage (oxidation) contributes to the development of both of these conditions. Thus, it makes sense that vitamin C might be able to help. Some studies have shown that adults with higher intakes of vitamin C—as well as other antioxidants like beta-carotene, zinc, and vitamin E—had a reduced risk of AMD and cataracts. Decreased vitamin C levels in the lens of the eye have been associated with increased severity of cataracts, too.

Typically the amount shown to help protect vision is 300 mg/day or more. 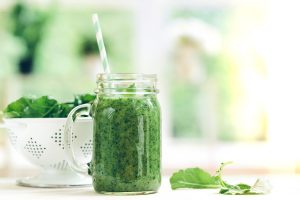 4. Vitamin C Can Help Delay the Appearance of Aging

Studies have found that vitamin C intake can help delay the appearance of fine lines, wrinkles, and dryness, while reducing sagging and bagging. The skin is the largest organ we have, and benefits from a healthy diet just like the rest of the body.

“Beauty comes from the inside,” researchers stated in one 2012 study, adding that research on antioxidants like vitamin C have shown that they can help promote skin health and beauty. Since vitamin C is directly involved in the formation of collagen, which helps keep skin firm, a number of skin products now include it to help reduce sagging. Topical vitamin C has also been found to help protect the skin from UV damage and lighten hyperpigmentation and age spots.

In one 2015 study, researchers applied a cream with vitamin C on 60 women, and found that it helped rejuvenate skin and encourage the formation of collagen. In two other studies, higher intakes of vitamin C from the diet were associated with better skin appearance, including decreases in wrinkles.

The use of vitamin C in topical applications for at least 12 weeks has also been shown to decrease wrinkling, reduce damage, decrease roughness in the skin, and increase production of collagen.

Could a simple nutrient like vitamin C really help us live longer? A few large studies suggest that it might.

In one 2009 study, researchers examined how supplemental use of vitamin C and other vitamins affected mortality over a 10-year period. They reviewed data from over 77,000 participants aged 50-76.

Vitamin C was associated with a small decrease in total mortality. In a second study of over 55,000 participants aged 50-64, no association was found, but then in a third study of nearly 20,000 people, each small increase in blood levels of vitamin C was associated with about a 20 percent reduction in all-cause mortality. A fourth study of 16,000 adults also linked vitamin C intake with decreased cancer and all-cause mortality.

We need more studies to be sure of vitamin C’s longevity effects, but what we have so far looks good.

Other Potential Benefits of Vitamin C

What about the common cold? Does vitamin C help shorten that? Or does it help prevent osteoarthritis?

There are many other things that vitamin C may do. Some studies have shown that it does help shorten the common cold and prevent osteoarthritis, but the results are mixed so far. We need more studies to be sure, but for now, it’s enough to know that this vitamin is especially good for you.

To get more vitamin C in your diet, try these tips:

7 Reasons Women Need to Get Their Vitamin D Levels Checked…Now!

5 Reasons Why Women Should be Getting More Magnesium