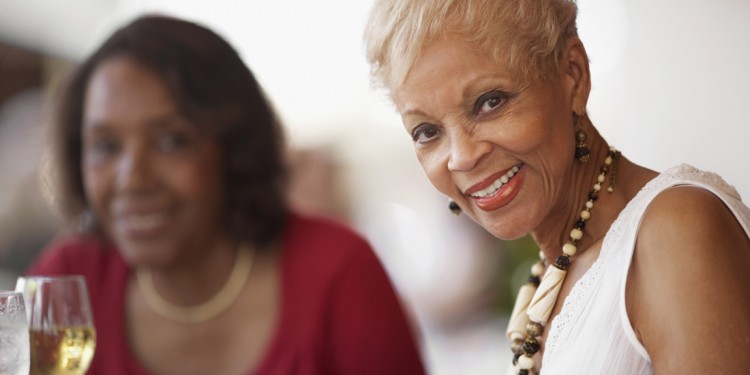 It’s called the “silent killer.” You could have it right now, and not even know it.

According to the American Heart Association:

High blood pressure. Or hypertension, as some call it.

We know more about it than we ever have before, but still too many women are dying from it. In fact, a recent study found that it’s potentially even more dangerous for women than it is for men.

Early diagnosis is key to avoiding long-term damage, and every woman is at risk. To increase your chances of enjoying a long, healthy life, keep your eye out for hypertension. It’s sneaky, which means you need to be ever watchful.

What is High Blood Pressure?

Imagine you’re out in your garden watering your plants. The water comes through the hose free and easy, giving the peas and pumpkins a nice, cold drink. Then someone turns the faucet, and suddenly the water is gushing out with a stream powerful enough to flatten your squash plants.

Imagine the blood pumping through your arteries and veins as that water coming through the hose. When you’re young and healthy, it flows easily, and your heart can get blood to all corners of the body with minimal effort. As you age, things change. For a variety of reasons, the blood vessels become stiff, narrowed, and less flexible—kind of like an old hose.

Over time, the heart has to work harder to pump the blood through those vessels—and the pressure goes up.

Imagine that old stiff hose blocked with mineral buildup. The water is coming out at a trickle. It would take you all day to water the plants. What do you do? Turn up the water pressure to get that water to come out the other end. The water pushes through the stiff, narrowed opening and you have more water for your garden—but you also have more pressure inside that hose.

Healthy Numbers to Strive For

Doctors use these numbers to determine how your heart and blood vessels are doing. A normal level means all is well. Prehypertension means you’re at risk of developing high blood pressure. High blood pressure means you have a disease that can lead to heart failure, stroke, kidney problems, and more.

Stage 2 high blood pressure is a more severe form of the disease. Though doctors look at both numbers, they are likely to pay even more attention to the first one after you turn 60, as high systolic levels at that age can indicate high blood pressure even if the lower, diastolic number is normal.

Doctors don’t yet know for sure what causes blood pressure to rise, but they do know that a number of factors can increase risk:

Why is High Blood Pressure Bad for Your Health?

If high blood pressure is treated early, patients can often escape serious complications. Untreated high blood pressure can cause all sorts of problems, however. The increased pressure damages veins and arteries, and requires the heart to work harder. Over time, the following conditions may develop:

5 Unique Aspects of Hypertension in Women

High blood pressure is called the “silent killer” because it rarely shows itself through symptoms. It works covertly, causing damage without leaving any clues behind. Occasionally, women may experience dizziness or headaches, but these usually don’t occur until the disease has already progressed, so it’s extremely important to get your levels checked at least once a year.

Women, in particular, need to take a proactive approach to managing their blood pressure. As with all facets of heart disease, women have been left out of scientific studies until recently. It was believed that both genders reacted the same way, but now we know better.

Below are five specific areas of concern where women and hypertension are concerned:

Fortunately, today’s treatments for high blood pressure can be very effective. Doctors usually begin by recommending lifestyle changes, including a low-salt, low-fat diet; increased exercise; a decreased intake of alcohol; and weight- and stress-management. If these techniques don’t work, medications can help bring the numbers down.

The important thing is to catch it early, before it can cause damage that may negatively affect your life.