YOU ARE HERE:Home » Wellness » 6 Ways Women Can Preserve Memory as They Age
Wellness

6 Ways Women Can Preserve Memory as They Age 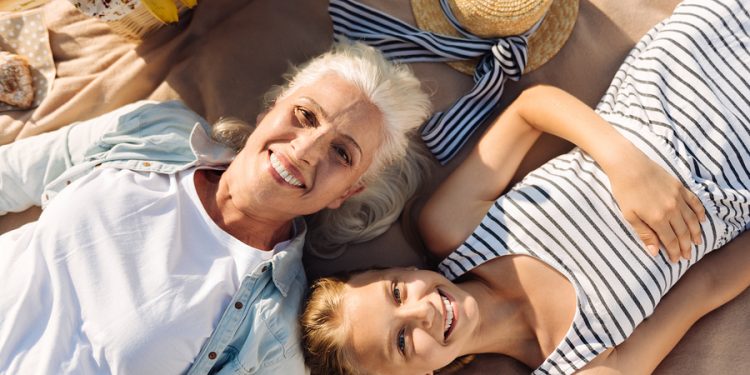 These facts are disturbing, but just how much do women need to worry about memory loss? And is there anything you can do to avoid the decline that seems to occur with age?

According to recent research, a woman’s memory begins to show signs of decline as early as her 50s. Scientists analyzed data from over 2,000 healthy women over a period of about 10 years after menopause, and looked at the results of various types of memory tests, including those that tested processing speed, working memory, and verbal episodic memory (spoken memory of autobiographical events, including time, place, people involved, etc.).

There is evidence that declines in memory in women may also be do to the hormonal changes that occur during menopause. In a 2013 study, for example, researchers found a significant decline in memory recall between pre- and postmenopause.

Results showed that there was an average decline in mental processing ability of about 5 percent during the 10-year period. The women’s perception and reaction speed also declined about one percent every two years, and verbal memory declined about one percent every five years. In essence, the results showed that memory can start to decline for women as early as midlife.

“Our results provide strong, longitudinal evidence of cognitive aging in midlife women,” the researchers wrote, including substantial declines in processing speed and memory. Other studies have shown similar findings, with one finding a 10-year decline in reasoning of 3.6 percent in women who were only 45-49 years old. “Cognitive decline is already evident in middle age,” the researchers wrote.

Of course, this isn’t what we want to hear. But it’s true that there are some things that we just can’t control. After the age of 50, it’s normal to notice some changes in your ability to remember things. You may go into your bedroom for something and then forget what that was, or find than appointment slips your mind.

In most cases, these are not things to worry about. Harvard Health notes that most of these things “reflect normal changes in the structure and function of the brain. These changes can slow certain cognitive processes, making it a bit harder to learn new things quickly or screen out distractions that can interfere with memory and learning.”

There is evidence that declines in memory in women may also be do to the hormonal changes that occur during menopause. In a 2013 study, for example, researchers found a significant decline in memory recall between pre- and postmenopause. They also found that hormonal measurements were significantly associated with that decline—as estrogen declined, memory seemed to decline with it. A 2015 study produced similar results, with postmenopausal women performing significantly worse than pre- and perimenopausal women on verbal memory tasks and verbal fluency tasks.

All isn’t gloom and doom, though. Women can take several steps in their daily lives to delay and even prevent memory decline.

Though you may not be able to control how old you are, whether you’re going through menopause, or whether you have dementia in your family, there are many other things you can control that will have a positive effect on your brain health and your memory. We’ve got six of the most helpful below.

This is a good idea for your health in general, but studies have also found that it’s important for retaining your ability to remember things. In one study of women between the ages of 65 and 79, researchers found that for every one-point increase in body mass index (BMI), women experienced an accompanying one-point drop in cognitive performance scores.

The good news is that if you’re already overweight, losing some of that weight could have a positive effect on your memory. Researchers reported that when older, overweight women lost weight by dieting, their brain activity actually changed in regions important for memory. Scores on memory tests also improved. We’re not talking drastic weight loss, either. The women’s average BMI decreased from 32.1 to 29.2 after six months, and their average weight dropped from 188.9 pounds to 171.3 pounds.

The Centers for Disease Control and Prevention (CDC) states that a third of U.S. adults report that they usually get less than the recommended 7-8 hours of sleep per night. Not getting enough sleep is linked with a number of health problems, including heart disease, stroke, diabetes, depression, and more. Now research has shown that it may also be linked to memory loss.

In a recent study, for example, researchers had young adults perform a working memory task in the morning after either a full night’s sleep or a poor night’s sleep. The men performed about the same either way, but the women’s performance suffered significantly after being sleep-deprived.

“Our study suggests that particular attention should be paid to young women facing challenges in which they have to cope with both a high working memory load and a lack of sleep,” lead author Frida Rangtell stated. The other interesting finding was that the women were not aware of this decline in performance. That means that whether you notice it or not, you need a good night’s sleep to keep your brain operating at optimal levels.

Exercise is good for your heart and can help you maintain a healthy weight, but studies also show that it can not only prevent memory loss, but may even result in changes in the brain that improve memory and thinking skills. In fact, if you’re looking for a way to preserve memory as you age, exercise is one of the best things you can do.

In one recent study, researchers found that women who took just five minutes to exercise after learning something new were more likely to retain what they had learned, and showed a better recall than women who didn’t exercise.

In one recent study, researchers found that women who took just five minutes to exercise after learning something new were more likely to retain what they had learned, and showed a better recall than women who didn’t exercise. Researchers theorized that exercise had an effect on post-learning processes like memory consolidation.

But it’s not just about doing some jumping jacks after you learn something. Daily exercise is critical. In another study, researchers found that people who exercised moderately or heavily had a reduced risk of memory loss and cognitive function.

In yet another study, researchers found that regular aerobic exercise seemed to increase the size of the hippocampus, which is the area of the brain involved in verbal memory and learning. So no matter what else you do, if you want to preserve memory, get your heart rate up for at least 30 minutes a day with a brisk walk, jog, bike ride, etc.

We’ve discovered over the past decade or so that coffee has a lot of health benefits. Now, we know that preserving memory and cognitive function may be one of them. In one study of over 6,000 women over a period of 10 years, researchers found that women consuming about 261 mg of caffeine a day (between 2-3 cups of coffee) were less likely to develop dementia or any cognitive impairment compared to those consuming 64 mg or less (less than one cup of coffee).

An earlier study of over 2,400 women 65 years of age and older who already had vascular disorders (problems with the blood vessels) found slower rates of cognitive decline with increased caffeine intake. More interesting—coffee was the only beverage that seemed to work. Tea, cola, and chocolate didn’t have the same effect. 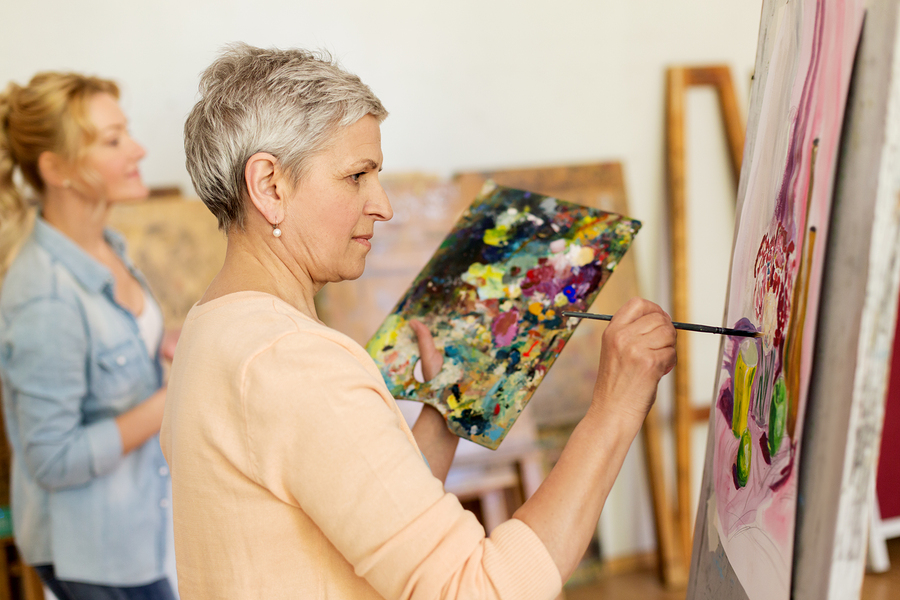 There is some link between chronic stress and memory loss. We all get stressed out from time to time, but we’re talking about long-term stress that goes on and on for months to years. This kind of stress can cause inflammation in the body and in the brain, and may affect your memory.

In one animal study, researchers found that stress, in the form of an aggressive intruder, affected the subjects’ ability to remember where the escape hole was, when they had previously figured it out. The researchers also found changes in the stressed-out subjects’ brains, including inflammation. They noted that the stress the subjects were under could be compared to human experiences of being in abusive relationships, being in military combat, or having bosses who were bullies.

In another animal study, researchers found a link between stress, which produces cortisol (read our article “All About Cortisol” here), and short-term memory loss in older adults. “Stress hormones are one mechanism that we believe leads to weathering of the brain,” said Jason Radley, co-author of the study.

Relaxation helps. Try taking a nice walk, doing some yoga or tai chi, meditation, journaling, spending time with friends or a beloved pet, or engaging in other activities that relax you. You may also want to try hypnosis. According to a 2014 study, mind-body therapies like hypnosis helped peri- and postmenopausal women to lessen memory decline, and to ease symptoms like hot flashes and sleep problems.

We shared other reasons why you may want to consider HRT in a previous article (“The Study was Flawed: Why Women Should Rethink Hormone Therapy”), but here’s one more: It may help preserve your memory.

In a 2002 review, scientists found evidence that HRT could help prevent or delay dementia. And in a more recent study, scientists also reported that postmenopausal hormone therapy lasting longer than ten years was linked with a decreased risk of Alzheimer’s disease.

In a 2002 review, scientists found evidence that HRT could help prevent or delay dementia. And in a more recent study, scientists also reported that postmenopausal hormone therapy lasting longer than ten years was linked with a decreased risk of Alzheimer’s disease.

Talk to your doctor about the potential benefits and risks. Every woman is different, and this may not be a healthy option for you, but then again, you may not need to avoid it if you were frightened by earlier studies (that we now know were flawed).

Other Ways to Preserve Memory

You can do other things, as well, to keep your brain sharp. Remember that whatever you do to take care of your heart also works well for taking care of your brain. Eating a healthy diet is a good one. Nutrition is another—we tend to have more trouble absorbing vitamin B as we age, for example, so you may want to consider supplements. Take care of your mental health—stress and depression and other mental health issues have also been linked to memory decline.

Finally, keep learning new things. When you step out of your comfort zone, you challenge the brain, in the same way that aerobic exercise challenges your heart. That’s a good thing, and will likely keep you remembering everything you need to remember for years to come.

All About Cortisol, and Signs That You’re Chronically Stressed

Women Over 50: How Much Sleep Do You Really Need?

Harvard Health Publishing. (2015, May 20). Preserving and improving memory as we age – Harvard Health. Retrieved from https://www.health.harvard.edu/newsletter_article/preserving-and-improving-memory-as-we-age