Artificial Sweeteners Not as Sweet as You Think 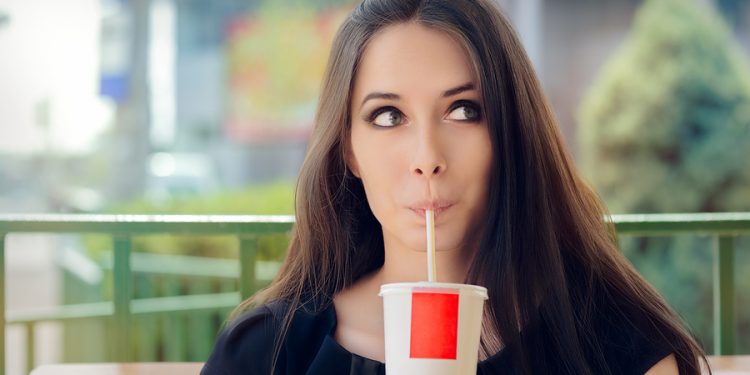 That sweetener was saccharin, discovered in the 1870s quite by accident when a researcher working on food preservatives at Johns Hopkins University accidentally spilled some of the compound he had been synthesizing on his hands. Later that night, he noticed a sweet taste on his skin, and realized it had come from that compound.

Saccharin is 300 times sweeter than sugar, which means that much less can be used to create the same sweetness in a product. By 1907, the sweetener was in a variety of canned foods, but five years later it was banned as a food additive. During the sugar shortages of World War I, however, it was declared safe and its usage gradually increased.

Starting in the 1950s, other manufacturers got into the game, introducing new artificial sweeteners including cyclamate, which spawned the diet-soda industry. By the 1960s, cyclamate mixed with saccharin was sold as Sweet ’n Low and became the most popular sugar substitute. It could be found in diet and nondiet beverages, canned goods, baked goods, toothpaste, mouthwash, and cereal, among other items.

Despite their increased usage, however, artificial sweeteners remained surrounded in suspicion. In 1969, the FDA banned cyclamate, after animal studies showed it was linked to bladder tumors. In 1972, they removed saccharin from their safe list. In 1974, they approved aspartame. Soon after, that approval was stayed due to concerns about the ingredient causing brain tumors.

Thus started the rocky history of artificial sweeteners. Approved, then not approved. Safe, then not safe. We love them because they allow us to eat and drink the things we like without (we think) padding our waistlines, but at the same time, we feel uneasy about what effects they may be having on our bodies.

It’s been decades since these sweeteners first came on the market, and today we have even more choices than we did back then. Are any of them free of suspicion, or should women be avoiding them all? 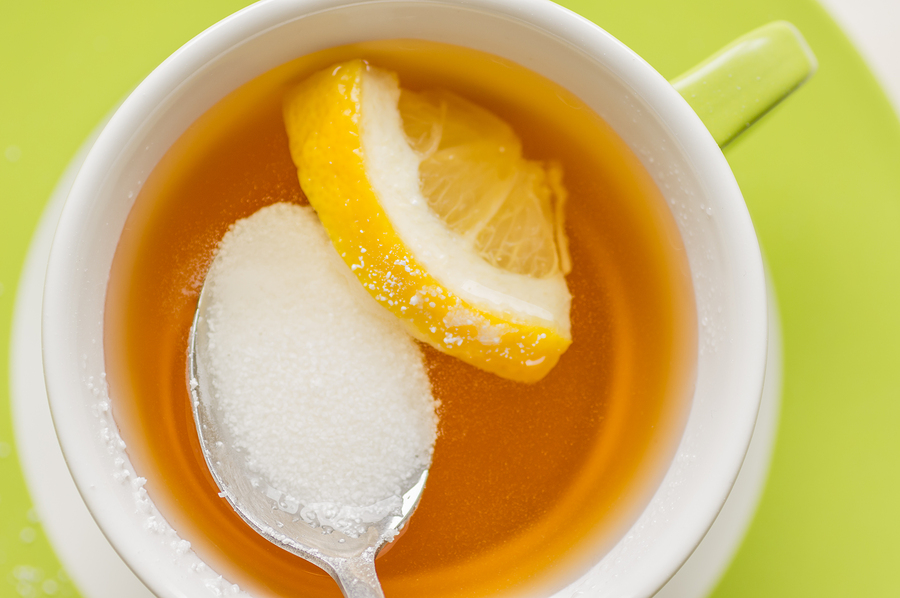 At first glance, it seems like artificial sweeteners are good things. We know today that sugar is addictive, and if you’re someone who has a hard time going without your daily soda, which dumps about 150 calories into your system, it seems that choosing a diet soda, which delivers no calories, would be a good way to watch out for your health.

Some of our largest and most respected health organizations have stated that these sugar substitutes can be helpful. The American Heart Association (AHA), for example, and the American Diabetes Association (ADA), state that “smart use” can help reduce added sugars in the diet, lower calories consumed, and help maintain healthy weight, which reduces risk of heart disease and diabetes.

In a 2010 study review, for example, researchers found a correlation between the use of these sweeteners and weight gain.

But that’s only part of the story. Yes, sugar substitutes can help us avoid calories. But does that really equal weight management?

Not necessarily, according to recent studies.

In a 2010 study review, for example, researchers found a correlation between the use of these sweeteners and weight gain. Other studies show conflicting results, but the question remains, as there is no clear-cut research showing that consuming beverages with these sweeteners results in healthy weight management.

Why would this be? Science has shown us that these chemicals can affect the body’s ability to gauge just how much we’ve consumed. Turns out that artificial sweeteners actually make us crave more sweet foods and drinks.

In a 2008 study, for example, researchers scanned the brains of participants who took sips of water sweetened with sugar or sucralose (another sugar substitute). They found that sugar lit up those regions in the brain associated with reward, but sucralose didn’t.

“Artificial sweeteners,” researchers write in a 2010 study, “precisely because they are sweet, encourage sugar craving and sugar dependence.” The scientists suggested a gradual weaning off sweet tastes entirely, to change one’s preference for ever-sweeter foods.

Sucralose was not as “satisfying,” researchers theorized, driving the brain to seek out more sweetness, which in the end, could result in more calories consumed, and weight gain instead of weight loss. This, perhaps because sugar substitutes actually encourage sugar addiction.

“Artificial sweeteners,” researchers write in a 2010 study, “precisely because they are sweet, encourage sugar craving and sugar dependence.” The scientists suggested a gradual weaning off sweet tastes entirely, to change one’s preference for ever-sweeter foods.

Does diet soda help women avoid obesity? Maybe not. But even if they do, sugar substitutes have been linked to other, even more concerning health problems.

In 2014, researchers published a study in Nature reporting that non-caloric artificial sweeteners like saccharin, sucralose, and aspartame could encourage metabolic changes similar to those found in pre-diabetes.

How could this happen? The researchers noted that the sweeteners affected the delicate bacterial balance in the gut—called the microbiome—which resulted in the metabolic change. After treating the animals with antibiotics, the glucose intolerance went away.

This type of imbalance has also been linked with obesity. Jeffrey Gordon, a physician and biologist at Washington University in St. Louis, who’s done a lot of research on gut bacteria and weight gain, reported to Scientific American that bacteria in the gut may have a big role to play in how the body extracts calories, stores energy, and produces hormones like leptin that shape our eating behavior.

If that’s true, artificial sweeteners could be messing up that whole system, causing the body to hang onto more calories, crave more sweet things, and build up an intolerance to glucose.

Researchers are clear that we need more studies. Many of those listed above are animal studies, for instance, and the results may be different in humans.

Still, the evidence we have so far isn’t great. It seems that more than the occasional use of sugar substitutes is anything but good for us. 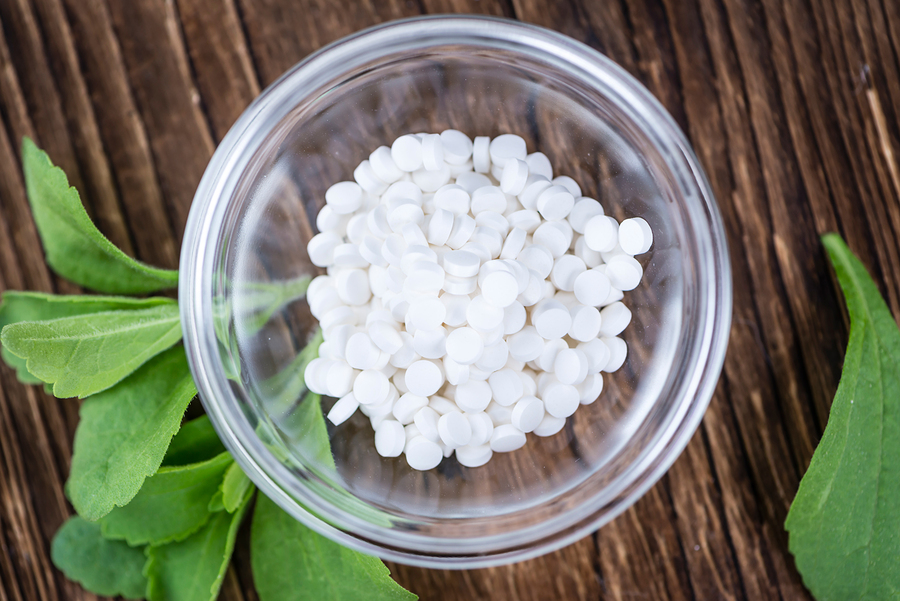 Stevia is a naturally sweet plant with a long history of use.

When you’re talking about artificial sweeteners, there’s always an elephant in the room: cancer. That was the first scare associated with these chemicals way back when saccharin was the main player on the field. What do we know about that now?

The American Cancer Society provides a general overview of the research. According to them, we have no clear association between artificial sweeteners and cancer—but we do have evidence of a possible link.

What Should Women Do?

The FDA states that all five approved sugar substitutes—acesulfame potassium, aspartame, neotame, saccharin, and sucralose—are safe when used in moderation. Yet we haven’t seen the final word on the matter, considering the studies we’ve seen on weight gain, diabetes, and sugar cravings.

A 2008 study reported that women who consumed more than two diet sodas a day had double the risk for kidney decline. A 2012 study found a connection between diet sodas and increased risk for vascular events, including stroke.

There are other concerns, as well. A 2008 study reported that women who consumed more than two diet sodas a day had double the risk for kidney decline. A 2012 study found a connection between diet sodas and increased risk for vascular events, including stroke.

And just to confuse you a bit more, a large 2013 study review reported that obesity risk “may” be lower when people replace their sugar-sweetened beverages with artificially sweetened beverages, but researchers added that more studies were needed.

Considering what we know so far, here’s our take on the issue.

There’s probably nothing wrong with consuming the occasional diet soda or artificially sweetened treat. But you may want to take these precautions:

Holly Strawbridge, “Artificial sweeteners: sugar-free, but at what cause?” Harvard Health, December 8, 2015, http://www.health.harvard.edu/blog/artificial-sweeteners-sugar-free-but-at-what-cost-201207165030.

Mark A. Pereira, “Diet beverages and the risk of obesity, diabetes, and cardiovascular disease: a review of the evidence,” Nutrition Reviews, July 1, 2013; http://nutritionreviews.oxfordjournals.org/content/71/7/433.

Can You Cure Your IBD with a Poop Transplant?