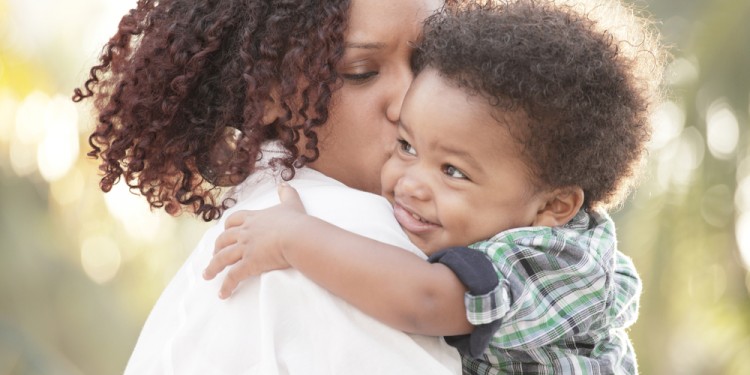 You may have seen our last post on vitamin D. We talked about how many women may not be getting enough. Researchers have called vitamin D deficiency a “pandemic,” stating that a lack of sun exposure (which is required for the body to make vitamin D) as well as low levels of vitamin D in foods have led to deficiencies in three-quarters of Americans.

Included in that report was the fact that African Americans are particularly at risk. A 2011 study noted that a startling over 82 percent were deficient. The reason may be very simple: darker shades of skin absorb less sunlight.

Another group that’s more vulnerable to low levels of vitamin D are those that are overweight or obese. Scientists have found that the body stores vitamin D away in fat deposits, which means that less is available for what the body needs. It’s like going hungry while you have food stored away in the pantry.

So what if you’re African American and also a little overweight or obese? Most likely, you’re way low on your vitamin D levels, and that’s not good news. Vitamin D deficiency has been linked with an increased risk of cardiovascular disease, depression, cancer, Alzheimer’s disease, pregnancy complications, hip fractures, and more.

We recommended a daily dose of 600-800 IUs of vitamin D in our last post, but if you’re a member of this vulnerable group, you may want to bump that up a bit. According to recent studies, getting more vitamin D can help not only restore sufficient levels of the nutrient, but may also help you lose weight.

How much vitamin D do you need? To figure that out, researchers recently looked at supplementation in 70 overweight or obese black women under the age of 50. They split them into three groups:

Results showed that taking 600 IUs was not effective—it did not restore levels to where they should be even after 16 weeks. Those taking 2,000 and 4,000 IUs, however, did come up to where they needed to be. (Researchers considered 30 ng/mL to be sufficient.) Those taking 4,000 IUs a day restored their levels faster than the other group—at eight weeks.

Another recent study also suggested that taking a bit more vitamin D could help overweight Americans lose weight. Researchers from Italy observed 400 overweight and obese people who were already low in vitamin D. They put them on a low-calorie diet, and again, divided them into three groups:

1)    those who took no vitamin D supplements,

Results showed that at six months, both groups that were taking vitamin D had lost more weight and reduced their waistlines more than those who hadn’t taken the supplements.

“The present data indicate that in obese and overweight people with vitamin D deficiency, vitamin D supplementation aids weight loss and enhances the beneficial effects of a reduced-calorie diet,” the researchers wrote.

African-American Women Should Talk to Their Doctors About Vitamin D

Considering these study results, African-American women who are overweight or obese may want to talk to their doctors about vitamin D. A quick blood test can help you determine where your levels are to begin with. Studies show that those who are deficient at the start benefit the most from supplementation.

Then, with your doctor’s okay, you can work at increasing your vitamin D supply. Sun exposure is the most natural way, but considering you need to be out for longer period of time to benefit (because of your darker skin), and that extended sun exposure can increase risk of skin cancer, it’s best to use supplements. They can also help you get to sufficient levels much faster than natural methods.

The recommended upper limit is 4,000 IUs, so don’t go above that. Most likely, you won’t need more than 2,000 IUs a day. Though studies show that these levels are safe, it can get expensive to take that much for an extended period of time. After your levels are stabilized, you should be able to reduce your daily intake for maintenance.

Work with your doctor over a period of a few months and see how it goes. You may find that that extra boost of vitamin D is just what you needed to start feeling a lot healthier.