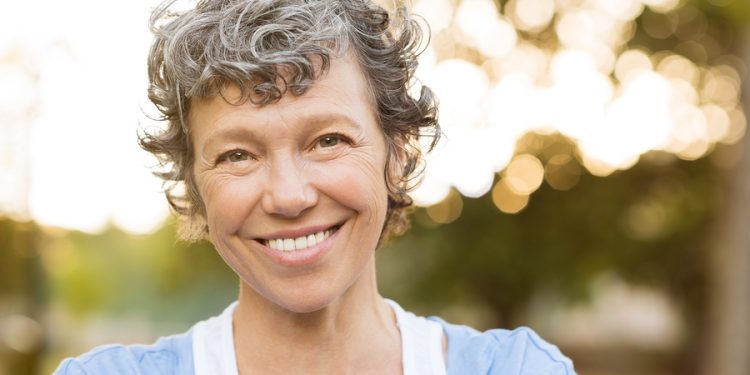 Kristina Coccoluto has the BRCA1 gene mutation, which means her personal risk for breast cancer is 87 percent. She chose to have a prophylactic bilateral mastectomy, reducing her risk to below five percent. She was prepared; when she discussed her mastectomy with her breast surgeon, she already had a consultation to meet with a plastic surgeon about reconstruction.

“I knew what my goals were emotionally and physically,” she says. “Reconstruction played a massive role in both. It’s not something I ever questioned.”

“I knew what my goals were emotionally and physically,” she says. “Reconstruction played a massive role in both. It’s not something I ever questioned.”

Coccoluto wanted her recovery to be as quick as possible, because she wanted to be able to hold her two-year-old daughter again. Since immediate reconstruction was exactly what she was seeking, delayed reconstruction wasn’t even discussed.

The American Society of Plastic Surgeons describes breast reconstruction as restoring one or both breasts to near normal shape, appearance, symmetry, and size following mastectomy, lumpectomy, or other trauma. It often involves several procedures performed in stages and can either begin at the time of mastectomy or delayed until a later date. Reconstruction generally falls into two categories: implant based reconstruction or flap reconstruction. The former relies on breast implants to form a new breast mound, while the latter uses the patient’s own tissue from another part of the body to form a new breast.

The best option depends on a variety of factors including the type of mastectomy, cancer treatments, and a patient’s body type.

The Breast Reconstruction Education Center cautions that results are highly variable. A reconstructed breast won’t have the same sensation or feel as the original breast and visible incision lines will always be present.

The American Cancer Society estimates that 246,660 women in the U.S. will be diagnosed with breast cancer in 2016. This means that breast reconstruction will and should be part of the conversation, but according to the Breast Reconstruction Education Center, many women eligible for it aren’t being informed of their reconstruction options.

In the 2015 Plastic Surgery Statistics Report from the American Society of Plastic Surgeons, there were 106,338 breast reconstruction procedures in 2015, which is an increase of 35 percent since 2000. The largest demographic was age 40-54. Most had an immediate reconstruction (74,968 vs. 31,370 delayed).

A study in the October issue of Plastic and Reconstructive Surgery, the official medical journal of American Society of Plastic Surgeons (ASPS), reports that IBR can avoid some of the psychological effects of undergoing mastectomy for breast cancer, compared to waiting for DBR. These psychological effects include emotional distress, poor body image, and diminished sexual well-being.

As long as major underlying medical conditions and radiation aren’t factors, women are in complete control over the timing. “This once again is about choice,” says Dr. David Song.

The study says that body image and appearance concerns may be restored in a relatively short timeframe once the breast mound has been created, though intimacy and sexuality disruptions may require a longer period. The researchers point out that there’s a higher rate of invasive breast cancer among women undergoing DBR (not related to the procedure), reflecting the fact that IBR is typically offered to women with earlier-stage cancers that don’t need additional treatments like chemo and radiation.

When the decision is made to delay, the study says the wait-time should be expedited to minimize duration of psychosocial distress.

Dr. David Song, MD, MBA, FACS, Chief, Section of Plastic and Reconstructive Surgery at the University of Chicago Medicine & Biological Sciences, says this study further validates the importance of breast reconstruction to a patient’s quality of life. The findings also support what many in the field who focus on breast reconstruction have known for decades, he adds.

Rarely has Dr. Song advised a patient against reconstruction. He says the type of reconstruction relates to a person’s underlying medical condition, like if there was also heart disease involved. His recommendation depends on whether radiation therapy is needed. If it is, he prefers to wait as radiation can damage the reconstructed breast while destroying residual cancer cells.

As long as major underlying medical conditions and radiation aren’t factors, women are in complete control over the timing. “This once again is about choice,” he says.

Dr. Song admits that breast reconstruction isn’t necessarily easy. It has real potential complications, but the end result for the vast majority is the restoration of a new sense of normalcy and a return of their sense of self and femininity. “Restoration further provides freedom for the patient to wear the type of clothing she desires without having to be conscious of wearable prosthetics shifting and occasionally falling out,” he says.

Eryn Powell says emotionally she was in a better place after her reconstruction than after her double mastectomy. “I finally felt and looked normal again.”

Eryn Powell says emotionally she was in a better place after her reconstruction than after her double mastectomy. “I finally felt and looked normal again.”

This is the goal of reconstruction, and after 16 years of focusing on this procedure in his practice, Dr. Song is still heartened and inspired by its effects. “It’s not about vanity, but it’s all about restoring what cancer has taken away,” he says. “The ability to restore a woman’s sense of normalcy and femininity with breast reconstruction is the reason why I practice plastic surgery, he says, ”adding that successful reconstruction strives to take away the stigma and reminder of breast cancer.

Coccoluto says her physical pain was temporary. She doesn’t regret a thing. She allowed herself one day to cry and feel sorry for herself. She emailed her surgeon after her reconstruction, asking for her before images. Once she received them and then looked into the mirror at her new breasts, she felt satisfied. “They have never looked better,” she says. “Sure, I miss my natural breasts, but my love for my newfound freedom outweighs any pity party I could ever throw for myself.”