Are Breast Self-Exams a Good Idea? 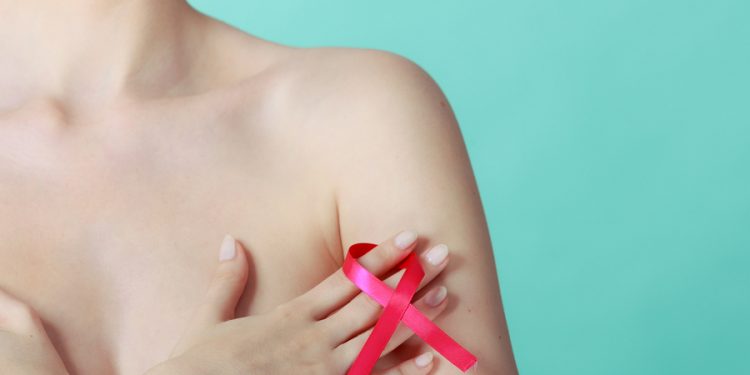 When’s the last time you performed a breast self-exam? If you’ve been feeling guilty for not doing them every month, you’ll be relieved to know that BSEs (breast self-exams) are no longer included in official screening recommendations.

Despite this, there are mixed messages when it comes to this aspect of early breast cancer detection. Not surprising, then, that women are confused.

Background
For over 70 years, women were advised to conduct monthly BSEs. As Dr. Robert Smith, Ph.D., Vice President, Cancer Screening at the American Cancer Society, explains, by the turn of the century, it was known that breast cancer had a more favorable prognosis if it was detected and treated earlier in its natural history. While a doctor could examine a woman’s breasts once a year, this was just one day out of 365. Therefore, promoting BSE meant that women could detect lumps or thickening sooner than their doctor.

Many women aren’t confident in their BSE technique, so they don’t perform the exams regularly. This, in turn, causes anxiety.

Once the mammography era came along, most breast cancers were discovered before lumps were felt. He says BSE is very hard to study because it’s hard to monitor whether women actually do it.

As a result, in 2009, the American Cancer Society and the U.S. Preventative Service Task Force – organizations that issue guidelines for U.S. screening protocols – no longer included BSE in their recommendations due to lack of evidence of its efficacy.

Downsides to BSE
By the time a cancer is felt by BSE or a clinician, it tends to be larger than most cancers found by mammography alone, says Dr. Marisa C. Weiss, M.D., chief medical officer and founder of Breastcancer.org, a breast cancer education non-profit. Once it’s larger and potentially more serious, the benefits of “early detection” may be less, she says.

The quality of BSE technique and frequency is also extremely variable and unreliable, Dr. Weiss says. “Even if women … are trained in the technique, it’s still a hard practice to stick to in a reliable way, over an extended period of time,” she adds.

Confusion about what is felt during BSE can lead to invasive procedures and false positives, Dr. Smith says.

Revised recommendations
While anecdotally there may be stories that BSEs help detect cancer, taking a broader look at the issue found that this wasn’t necessarily the case. The true definition of a BSE was called into question, and the need for less burdensome self-awareness became the focus.

Studies have shown that women who detect their own breast cancer are more likely to find symptoms during normal daily activities like bathing and dressing. “This has led organizations to shift their advice from promoting monthly BSE to promoting that women should be aware of the composition of their breasts and if they notice a change, they should seek consultation,” says Dr. Smith.

Confusion
Many women are confused about what to do. After all, what’s the difference between BSE and being familiar with one’s breasts? “In my opinion, [the] recommendations are vague, poorly understood, and thus ineffective and irresponsible,” says Dr. Weiss.

In fact, some could argue that the recommendation is really for a daily, light version of BSE. But really, BSE is a comprehensive way to check out each breast using a specific technique on a regular schedule, Dr. Weiss says. “Conducting this exam yourself allows you to truly become familiar with your own normal breast tissue, so that if anything were to change, persist, or possibly get bigger, you’d be able to inform your doctor promptly and in the most effective way,” she adds.

In an informal poll, the majority of respondents were unaware that BSE was no longer included in the official screening guidelines. The fact that this made no sense to these women only emphasizes that there’s a dearth of education and awareness around this issue.

“We at Breastcancer.org still recommend regular breast exams, so that you don’t miss the chance to find such lesions that first or only present by physical exam,” says Dr. Weiss. “It’s a free and convenient exam that could potentially find breast cancer early, may lessen the extent and severity of treatment, and may even save your life.” Tips for performing BSE can be found on the website.

“If women wish to perform routine, or occasional BSE, this is a reasonable choice for them,” says Dr. Smith. “But we also emphasize that is an acceptable choice to not do it at all. But all women, whether they do BSE or not, need to be alert to changes in their breasts.”

A reproductive health professional who responded to the poll said, “Every woman and every breast is different, and of course there is only good to be gained from knowing your own body!” She’s never done “formal” BSE – before or after the new recommendations – but pays attention to what’s going on with her body during and after showering.

Another perspective was that increased risk of false positives and “unnecessary” biopsies shouldn’t deter someone from seeking medical care. As one woman pointed out, “There’s no such thing as an unnecessary biopsy, until it comes back negative.”

Going forward
While the evidence – both that BSE doesn’t help and that it can’t really be studied definitively — doesn’t support a recommendation for women to do monthly BSE, Dr. Smith says it may be that the level of awareness that has been achieved in Western countries was accomplished after years of promoting monthly BSE and annual clinical breast exams. He thinks we need more research to answer the following questions: How to best promote awareness? How to help women feel confident in knowing what’s normal for them? And how to reduce delay in reporting a new symptom?

Importantly, the ACS doesn’t recommend against BSE but rather it doesn’t endorse teaching women BSE or that women perform it monthly. “If women wish to perform routine, or occasional BSE, this is a reasonable choice for them,” says Dr. Smith. “But we also emphasize that is an acceptable choice to not do it at all. But all women, whether they do BSE or not, need to be alert to changes in their breasts.”

Statins Linked to Lower Rates of Breast Cancer and Mortality