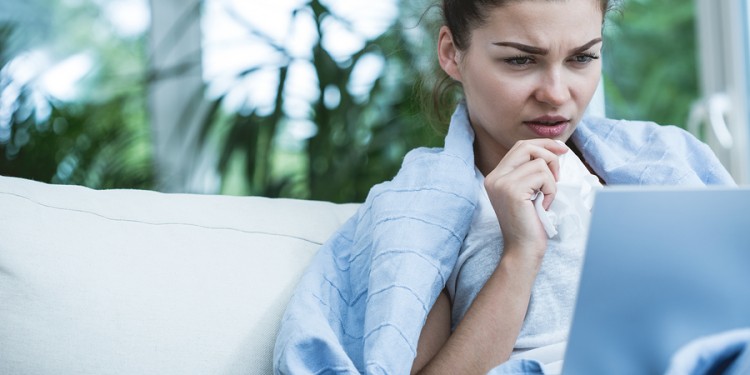 According to a 2012 report from PwC’s Health Research Institute, one-third of consumers are using Facebook, Twitter, and other social media sights to “seek medical information, discuss symptoms and express their opinions about doctors, drugs and health insurers….”

It was bound to happen. We women love to ask our friends what they think of a particular doctor or medical care center. We talk about the medical challenges we go through, and how medications affect us. We’re built for sharing, so why not take that sharing onto social media platforms?

Three Ways Women Use the Internet and Social Media in Healthcare

Currently, there are three key ways that we use social media and the Internet for healthcare related issues:

This is the most dangerous of the three, simply because of the risk of getting the wrong information and acting on it in a way that negatively affects our health.

Over a quarter (28.1%) provided inaccurate information, and 28.4% were not relevant. Even educational websites had only 50.2% accurate medical information. Blogs and other individual websites had very low accuracy ratings, from 25.7% to 30.3%.

A 2014 study on Wikipedia, which has become the most popular general reference site on the Internet, reported that nine out of 10 Wikipedia articles contained errors about major conditions like heart disease, lung cancer, major depressive disorder, arthritis, and more. A 2008 study found that though nearly two-thirds of participants thought the Internet sites they reviewed were accurate, over half of the sites reviewed were not. A high percentage of the participants walked away with significant misconceptions about the health topic they were researching.

It’s not just the Internet. We’re finding inaccurate information through our social media sites, too. In 2010, for example, researchers reported that over a four-month period in 2009, hundreds of Twitter users posted inaccurate information on antibiotics—and those tweets were retweeted to millions of other users.

Facebook, though helpful in terms of sharing support among those dealing with similar health concerns, has also been found to be a format for sharing inaccurate information. A 2011 study found that out of the 15 largest Facebook communities dedicated to diabetes, one in four comments were promotional in nature—often for products that hadn’t been approved by the FDA. Researchers expressed concern because currently, there is no accountability or checks for authenticity, as far as who is posting the information.

“There are certainly public health benefits that can be garnered from these sites,” said study author William H. Shrank, M.D., “but patients and doctors need to know it is really the Wild West out there.”

“There are certainly public health benefits that can be garnered from these sites,” said study author William H. Shrank, M.D., “but patients and doctors need to know it is really the Wild West out there.”

The good news is that doctors and medical centers are catching on to the trend. More healthcare providers are on Twitter, Facebook, and other social media platforms now, which gives patients a more direct line to accurate information. Patients can learn more about a doctor they may be considering working with, for example, receive updates on the latest studies, read about various health conditions, and even discover services, helpful blogs, and wait times on hospital and doctor’s websites and blogs. 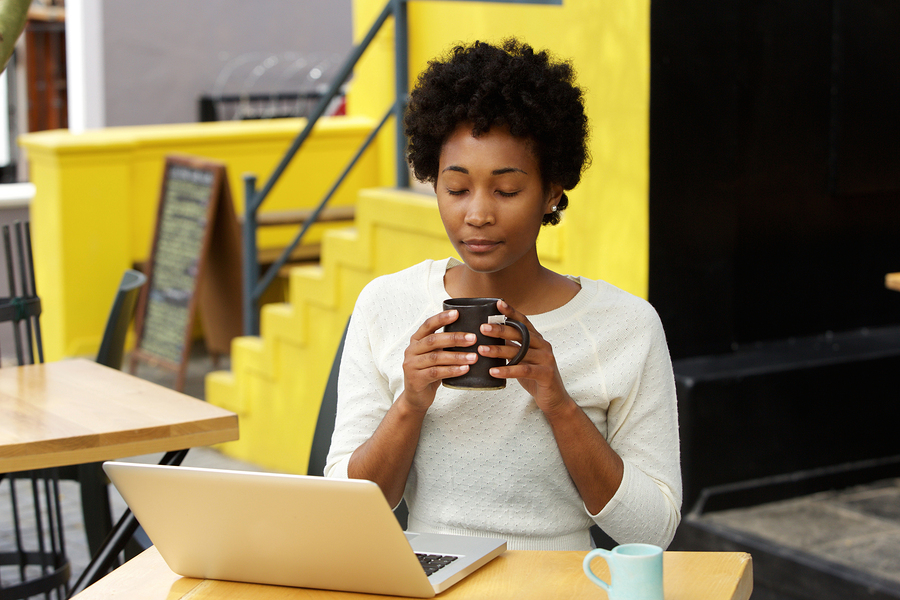 This may be the most beneficial way to use the Internet and social media as far as healthcare is concerned.

A 2011 survey by the PEW Research Center reported that 18 percent of Internet users had gone online to find others with similar health concerns, while one in four with chronic conditions like diabetes and cancer had done the same. Some with particularly rare diseases commented on long-distance connections that meant a lot to them in helping them to get through their challenges.

The same report indicated that users who have experienced a recent medical emergency, or who have gone through a big change in their health (weight loss or gain, pregnancy, quitting smoking), are also more likely to look for others in the same boat online. Caregivers, too, are likely to seek support to gain unique insights into their challenges.

Having a place where you can share your story with others who “get it” is a unique benefit to social media and online support groups. Online chat streams for those with cancer and other difficult diseases can provide patients with a priceless support group, helping them to feel less alone and even contributing to their ability to manage the difficulties of treatment.

Having a place where you can share your story with others who “get it” is a unique benefit to social media and online support groups.

According to Dr. Joyce Lee, M.D., speaking in Physician’s Weekly, “By integrating aspects of social media into the healthcare delivery system, physicians may be able to help patients with diabetes become increasingly involved in their care, leading to more informed and motivated patients,” she adds. “In turn, this could improve health outcomes.” 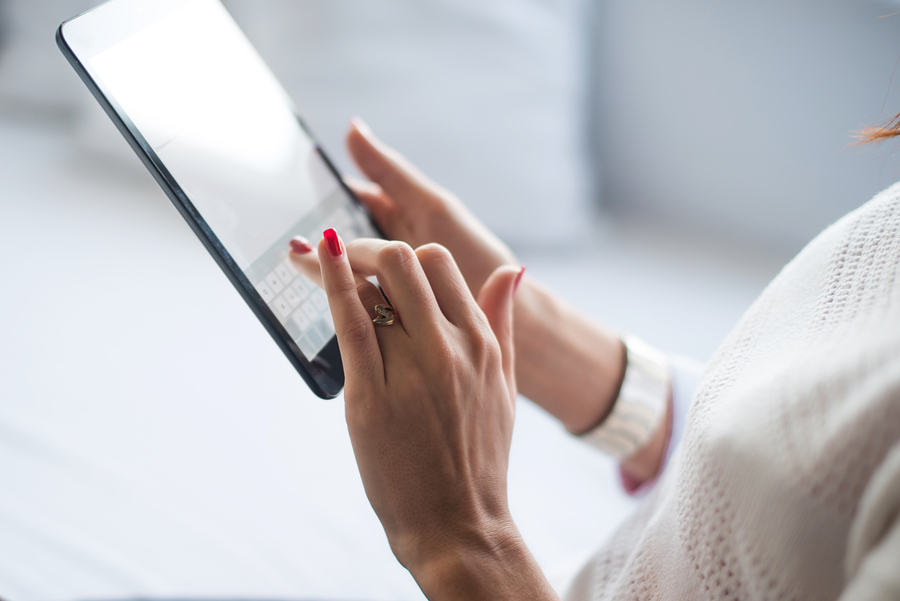 Though this facet of social media is still in the early stages, it holds promise for being another very positive tool for patients.

According to the PwC Health Research Institute survey mentioned at the beginning of this article, 72 percent of consumers would like assistance in scheduling doctor’s appointments through social media. That’s already happening. A 2014 study reported that though there was initial reluctance among health care practitioners in using social media for direct patient care, it’s slowly being accepted by clinicians and health care facilities.

Called “telemedicine,” the idea is that patients can enjoy the convenience of staying home while paying much less than they would for a traditional appointment. A 2014 study reported that virtual visits for follow-up on chronic conditions took significantly less time than in-person visits, yet were just as satisfactory to both clinicians and patients. Over half of states require insurance companies to reimburse telehealth treatment, with more considering new laws.

Called “telemedicine,” the idea is that patients can enjoy the convenience of staying home while paying much less than they would for a traditional appointment.

The concern is that something will be missed in a virtual visit. That’s why so far, most doctors and healthcare organizations limit them to dealing with conditions like the flu, allergies, or sports injuries, or for follow-up appointments. More serious issues, like breathing problems, broken bones, blood in the stool, and the like are still conditions requiring an in-person visit.

The American Medical Association, for example, has stated that telemedicine can improve patient care, but that it must be used appropriately. They have adopted a policy that lays down safeguards and standards, to help protect both doctors and patients.

Doctors are also using social media to communicate further with patients after the initial appointment. They may engage a patient on social media to help them keep track of blood pressure or medications, or to share new information on how to manage their condition.

“Social media is a great way to support patients,” Dr. Kevin Campbell told Forbes. “Patients are already in cyberspace, and social media allows physicians to figure out what they are thinking, what they are doing, what we can do better to serve the patient’s needs.”

“Social media is a great way to support patients,” Dr. Kevin Campbell told Forbes. “Patients are already in cyberspace, and social media allows physicians to figure out what they are thinking, what they are doing, what we can do better to serve the patient’s needs.”

What’s certain is that the Internet and social media are here to stay, and they will continue to affect the way we receive health care.

Some questions remain. One of the most serious concerns patient privacy. If you take a picture of a wound and send it to your doctor, for instance, and he sends it to a colleague for a second opinion, is that a breach of privacy? What if a doctor seeks information about a patient on Google? The practice has been found to be helpful in some cases, such as when a patient is found via his online presence to be considering suicide, but when does such “research” cross the line? Simply communicating with a patient over a social media platform could potentially open up a doctor to a violation of the Health Insurance Portability and Accountability Act (HIPAA).

Doctors are advised, for instance, to avoid “friending” patients on Facebook, since such a relationship could violate the patient/health care provider boundary. They are told, instead, to set up websites specifically designed for professional interaction with patients.

This is just the tip of the iceberg when it comes to potential issues with interactive technology and healthcare. The bottom line is: feel free to use these tools for your healthcare needs, but proceed cautiously. Double check online sources of information to be sure they are accurate. Limit virtual visits for only those conditions that are minor. And always keep your privacy in mind. Remember: Once something is posted online, it remains forever online, and can come back to bite you.

Robert T. Hasty, et al., “Wikipedia vs Peer-Reviewed Medical Literature for Information About the 10 Most Costly Medical Conditions,” The Journal of the American Osteopathic Association, May 2014; 114:368-373, http://jaoa.org/article.aspx?articleid=2094721.

An Introduction to Telemedicine

Focus, Fatigue, and Facebook: Why You Just Can’t Concentrate

5 Ways to Control the Way Social Media Affects Your Emotions