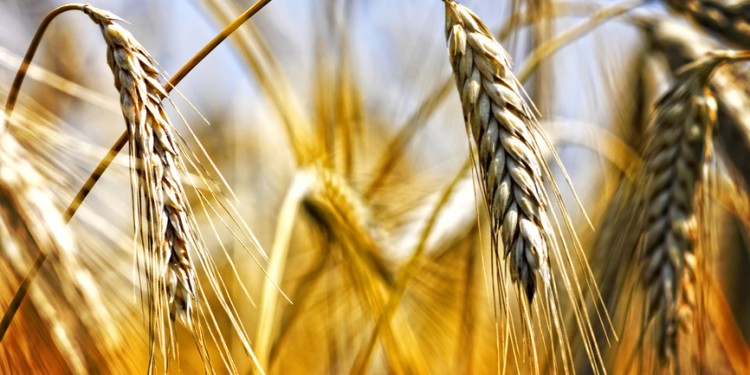 If not for my mother-in-law’s diagnosis of celiac disease 10 years ago, my kids wouldn’t be as healthy as they are now. At 3 ½, my daughter was losing weight and we were getting concerned. My mother-in-law’s celiac diagnosis meant that all family members had to get tested. My daughter’s numbers were elevated for celiac, and then an endoscopy confirmed she had it. My son was diagnosed around his first birthday when he started to follow the same pattern.

Because the average length of diagnosis is 6-10 years, who knows how much time, agony, and illness we avoided by knowing what to test for? By virtue of her gender, my daughter could have faced many health issues if she had gone undiagnosed. But her grandmother’s journey to diagnosis wasn’t easy, which unfortunately is common for women.

Celiac disease is a genetic, autoimmune disease in which the body basically attacks itself when gluten – the protein found in wheat, barely, rye, and other kinds of grains – is consumed. This damages the villi in the small intestine and keeps nutrients from being absorbed. This can lead to malnourishment and a series of other problems.

The only treatment is a lifelong, 100 percent gluten-free diet. Cross contamination is an issue, because something as small as a crumb can affect people with celiac.

Usually, the diagnostic process includes blood work, and then, depending on the results, followed by an endoscopy. During the endoscopy, a biopsy is done; samples should be taken from three different places in the intestine. It’s possible to get a false negative blood test, so it’s important to go to an educated physician who can determine how to proceed. Also, you should continue to eat gluten before these procedures, since the tests detect the body’s reaction to gluten, rather than the disease itself.

One in 133 Americans has celiac disease, and 60-70 percent of those diagnosed are women, according to the National Foundation for Celiac Awareness (NFCA).

Not only are women in the general population diagnosed with celiac two to three times more than men, but it is very likely that “the entire span of reproductive life may be disrupted in women with undiagnosed celiac,” according to researchers Sveta Shah and Daniel Leffler in their article published in the Journal of Women’s Health. This is because of the average length of time until diagnosis combined with the average age of diagnosis of 45.

“There are over 300 signs, symptoms, and associated conditions of celiac, which can affect virtually all systems of the body,” says Alice Bast, NFCA founder and president. It’s important to note, Bast says, that most people don’t report any signs or symptoms before they’re diagnosed. Often they don’t realize they’re experiencing symptoms or they’re mistaken for something else. “It’s only until they are properly diagnosed and treated do they realize how much better they now feel,” Bast says.

Many of the potential symptoms and complications are central in a woman’s health, says the NFCA, which lists diarrhea, constipation, bloating, and recurrent abdominal pain as typical symptoms across the population. But in women who experience the following, celiac is increasingly prevalent:

“For many women, unexplained infertility is the only sign of undiagnosed celiac, and this may occur in as many as 4-8 percent of women with unexplained infertility,” the NFCA says. Reassuringly, proper diagnosis is easy and treatment can restore health, the NFCA adds – “Women have successfully conceived after a year or more upon being diagnosed and maintaining a strict GF diet.”

An article published in the Annals of Gastroenterology stated that women in their study who had celiac disease were more likely to have had spontaneous abortion or premature birth. The study also found that puberty began later in women with celiac than in those who didn’t have it. Another study has found slight trends in higher prevalence of celiac in women with endometriosis.

A 2014 UK study, however, found no significant differences in the fertility of women with celiac compared to those who didn’t have the condition. Rates were 41 percent higher among women diagnosed with celiac when they were 25-29 years old. “It is clear that the presentation of celiac disease in women is a complicated issue that will hopefully be researched more extensively as we learn more about the genetic autoimmune condition in general,” says Bast.

My mother-in-law’s story started in her 40s, when she asked her doctor why she wasn’t sitting up straighter. He did a bone density test, which showed a loss of bone density. She was experiencing hip pain and had difficulty walking. Around this time, she was diagnosed with hyperthyroidism and Graves’ Disease, which are also autoimmune conditions.

In her late 50s, my mother-in-law was on different medications for bone density and put on a self-injection medication called Forteo. It had carcinogen warnings all over it and was supposed to be the only medication in the world that prevents bone density loss. After a year, she not only had lost bone density, but also 15 pounds.

Her endocrinologist didn’t know why this was happening. My mother-in-law called the Osteoporosis Society and the drug company for Forteo. No one knew anything. This was over a decade ago when celiac disease awareness was not like today. She called the Osteoporosis Society again and spoke with a nurse, who told her she should be checked for several conditions, one of which was celiac.

Her blood test results were off the charts for celiac, and the endoscopy showed that her villi were all flat. She was losing bone density because her body wasn’t absorbing any nutrients and was taking them from her bones.

The diagnosis was a relief, as she didn’t know if she had a more serious, fatal disease. “The good thing about celiac, is there’s no medication to take,” she says. “It’s just a matter of diet.”

Bast has a similar story. In her late 20s, she began experiencing some alarming, painful, and debilitating symptoms, she recalls: hair loss, chronic migraines, canker sores, brittle teeth, extreme fatigue, diarrhea, bloating, gastrointestinal pain, peripheral neuropathy, and reproductive health challenges. She’d had a normal pregnancy with her first daughter, but was having trouble conceiving again. She delivered a full-term stillborn child and endured three midterm miscarriages and then her second daughter was born prematurely.

“In the decade since my symptoms began, I saw 22 doctors,” Bast says. “Many had attempted to treat my symptoms, but no one had figured out what was wrong.” Finally, a friend who was a veterinarian suggested that her symptoms might be related to her diet, which led to her eventual diagnosis.

Celiac awareness has come a long way since Bast and my mother-in-law were diagnosed. And my daughter is thriving. If she ends up with infertility issues, it won’t be because of a missed diagnosis. My future grandchildren can thank their great-grandmother!

A 3-Step Self-Care Program for Women with Lupus