YOU ARE HERE:Home » Wellness » Out of Control Alcohol: Is Abstinence Required, or Will Moderation Work? Part II
Wellness

Out of Control Alcohol: Is Abstinence Required, or Will Moderation Work? Part II 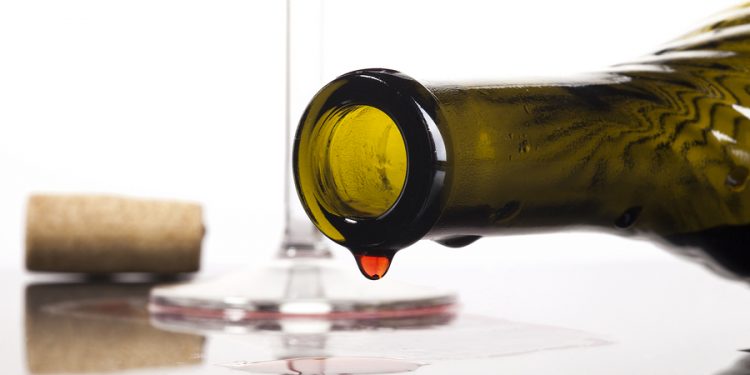 In Part I of this series, we talked about Suzanne, who was experiencing some moments of out-of-control drinking. She was looking for help in increasing her control simply for her own peace of mind.

She had not yet had any legal, occupational, or family problems related to her drinking, and she was a fully functioning adult with a full-time job. She had just noticed that sometimes, during social drinking, she would consume more than she wanted to, to the point where she felt like she was losing control.

She reached out to some recovery programs for help, but soon realized they all required total abstinence. The approach seemed too strict for her, and she was wondering if there was an alternative.

We reviewed the many benefits of abstinence for alcoholics:

It’s clear, in other words, why most recovery programs believe abstinence is the best policy. But for women like Suzanne who are looking for other alternatives, and who may feel shut out or ignored by traditional programs, there is something called “controlled drinking” that has shown success in certain groups of people.

What Is Controlled Drinking?

The idea that there may be an alternative to abstinence has been around for a while. According to Harvard Health, the debate started at least as far back as the 1960s, when clinicians and patients alike asked: can’t we just cut back a bit?

Controlled drinking provides a recovery path that for many, is easier to accept. Women don’t have to abstain completely, but rather, work on limiting the number of drinks they consume per day or per week. It seems like a reasonable idea. The question is: does it work?

Dr. Thomas W. Irwin, program director of the McLean Center at Fernside, a residential drug and alcohol program affiliated with McLean Hospital, talked to Harvard Health about the options. He said that moderate or “controlled” drinking can be successful for those women who have not yet crossed into full-blown alcohol dependence. Like Suzanne, they haven’t yet developed a pattern of alcohol abuse, they’ve experienced few negative consequences from drinking, and they function in a stable manner in their lives and in their relationships.

Audrey Kishline was one such woman. When she was in her 30s, she realized she was having trouble controlling her drinking. She tried Alcoholics Anonymous (AA), but left after a few months, feeling like the abstinence approach wasn’t for her. She founded “Moderation Management (MM)” in 1993 instead, to help herself and others control their drinking without having to stop altogether.

MM, according to their own website, is a “behavioral change program and national support group network for people concerned about their drinking and who desire to make positive lifestyle changes. MM empowers individuals to accept personal responsibility for choosing and maintaining their own path, whether moderation or abstinence. MM promotes early self-recognition of risky drinking behavior, when moderate drinking is a more easily achievable goal.”

Unfortunately, the program didn’t work for its founder. Kishline wrote a public letter in 2000 saying she was changing her approach to abstinence, and a couple months later, crashed into another car, killing a mother and child. She was drunk at the time.

Kishline has since passed away, but MM is still going, as is the idea that moderation can be a solution for some (though not all) people. The idea is that over time, you reduce your level of drinking to a more moderate level, by controlling your intake. The hope is that by limiting the number of drinks you’re consuming, you also limit the negative effects of alcohol on your life.

As with anything, there are pros and cons to this approach.

Perhaps the greatest benefit to controlled drinking programs is that they offer an alternative treatment model for people who are struggling to control their alcohol intake.

Many women like Suzanne who aren’t experiencing severe problems associated with their alcohol intake find the idea of abstinence overwhelming, but they are still looking for something to help them better manage their alcohol use. Without any sort of “middle-ground” assistance, they may continue to experience a downward spiral toward full-out addiction.

This is important, as according to Dr. Adi Jaffe, Clinical Director of Alternatives Treatment Center in Los Angeles, “The biggest problem is that 90 percent of people who need treatment aren’t getting it.” Believing abstinence to be a barrier for many, he and his partner Marc Kern Ph.D., founded Alternatives Addiction Treatment, which offers a program of moderation.

In this program, patients must go cold turkey for the first month to get completely off alcohol, but then can gradually add it back in, up to 9 drinks per week. The program includes other forms of therapy, including biofeedback and counseling.

Controlled drinking provides a recovery path that for many, is easier to accept. Women don’t have to abstain completely, but rather, work on limiting the number of drinks they consume per day or per week. It seems like a reasonable idea. The question is: does it work?

We don’t have a ton of studies comparing controlled drinking to abstinence, but we do have some. One of the most recent was conducted by the World Health Organization (WHO), and involved over 22,000 drinkers.

Researchers followed the progress of the participants over a period of three years. They found that simple reduction in drinking level (controlled or moderate drinking) predicted significantly lower odds of alcohol dependence after three years, particularly among high-risk drinkers. At least in this study, going cold turkey wasn’t required to experience a reduced risk of a full-blown addiction—simply cutting back helped.

The more severe [the alcohol abuse], the less likely controlled drinking will work, and the most likely abstinence is required.

In another small study, researchers found that both abstinence-based and controlled-drinking approaches were equally effective in helping participants to improve. This study went for only one year, however, so more long-term results were unclear.

Yet another study found convincing evidence that a lower severity of alcohol dependence and a belief that controlled drinking was possible were associated with continued controlled drinking after treatment was over—in other words, a successful outcome.

According to The New York Times, another government-funded study found that a moderated-drinking treatment approach created good clinical outcomes in about three-quarters of the heavy, chronic drinkers studied, leading most women to reduce their consumption to 11 drinks or fewer per week.

There are a number of older studies on the issue, with most showing some success with controlled drinking, but that success often seems dependent on the initial severity of the addiction. The more severe, the less likely controlled drinking will work, and the most likely abstinence is required.

Keep in mind, too, that moderation may actually prove to be more difficult for you than abstinence. Researchers reported in 2016 that about 2.5 years after treatment, patients who chose abstinence were more successful than those who chose controlled drinking. 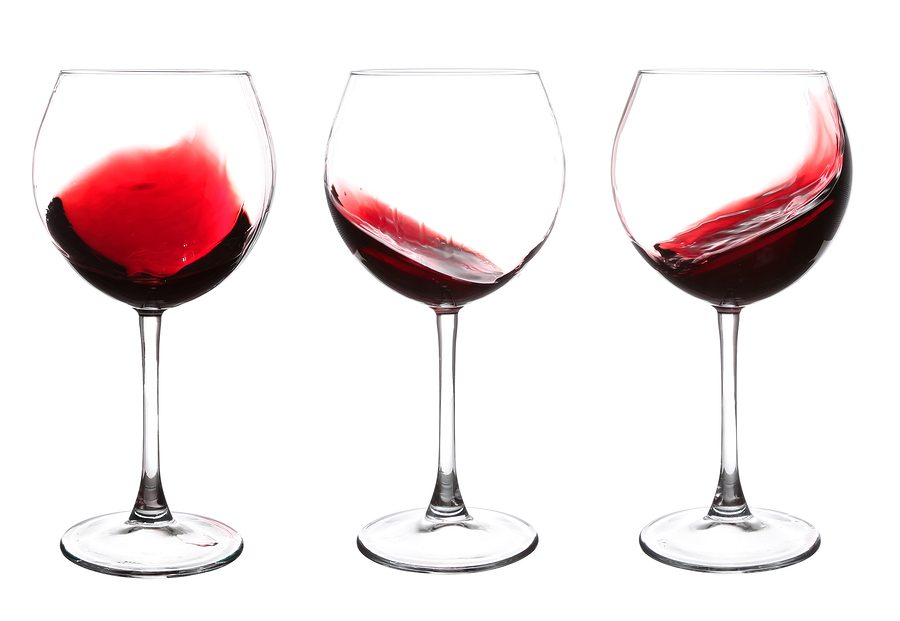 Are You a Candidate for Controlled Drinking?

First, It helps to know what exactly is moderate or controlled drinking?

How can you tell if you’re a candidate for a moderate or controlled drinking program? Most research shows that moderation is likely to be unsuccessful for those who are already dependent on alcohol. Psychiatrists use a certain scale to assess for dependency, but you can also get an idea by asking yourself if any of the following applies to you:

If one or more of these sound familiar, talk to someone right away about getting help. Those who are likely to experience success with moderation include women who are concerned about their alcohol intake, but so far don’t identify with any of the statements listed above.

No matter where you are on the scale, though, if you’re concerned, get help. Even if abstinence isn’t for you right now, it’s best to heed your own intuition and take action so that the problem doesn’t escalate. In most cases, without some sort of intervention or change, alcohol abuse gets worse, not better. Meanwhile, a moderation program may be just what you need to get started on your recovery.

The good news is that more substance abuse counselors are open to a moderate approach. According to a 2012 survey by the American Psychological Association, about twice the proportion of addiction counselors are now willing to look at moderation with at least some of their patients, either as a stepping stone to abstinence or as a goal in itself.

Out of nearly 1,000 respondents, about 50 percent stated that it would be acceptable if some of their clients wanted to limit their drinking but not totally give it up. In the similar survey published back in 1994, only about 25 percent of the respondents thought that was acceptable.

To get started on your own moderation program, try the following steps:

Finally, stay mindful of your progress, or lack thereof. Alcohol abuse can be a very individual thing. Some women may experience success with a controlled drinking approach, but others may find that they feel even more out of control.

Harvard Health warns that according to research, as your severity of dependence increases, your ability to reduce your drinking to moderate levels, and keep it there, goes down dramatically.

If you don’t experience success, it may be that abstinence is the best approach for you. The good news is that there are many well-established programs that can help you.