Diabetic Retinopathy – When Are Women at Greater Risk? 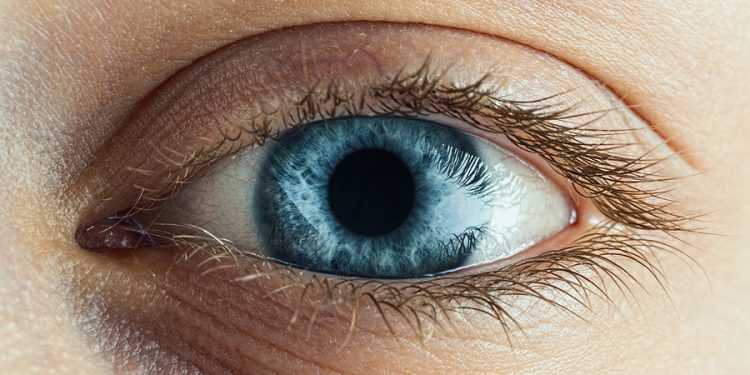 People who have diabetes are at risk for diabetic eye disease, the most common one being diabetic retinopathy.

As the American Optometric Association explains, this condition occurs when “elevated blood sugar damages the delicate blood vessels inside the eye, causing them to leak, bleed, and become blocked.” In some people, the blood vessels may also swell, while in others abnormal new blood vessels can grow on the retina’s surface. The retina is the nerve layer that lines the back of the eye, senses light, and sends signals to the brain for visual recognition.

The consequences of retinopathy can be severe, leading to vision loss or even blindness. In fact, diabetic retinopathy is the leading cause of blindness in American adults, according to the National Eye Institute. Both eyes are usually affected.

Diabetic retinopathy typically doesn’t have symptoms in its early stages. The American Academy of Ophthalmology (AAO) lists the following symptoms, which appear as the condition worsens:

It’s important to keep in mind that diabetes can affect the eyes; this doesn’t always mean you have retinopathy. As the AAO points out, if blood sugar levels change quickly, this can affect the shape of your eye’s lens. This causes blurry vision, which returns to normal once the blood sugar is stable.

Diabetic retinopathy affects men and women about equally. Between 40 and 45 percent of Americans diagnosed with diabetes have some stage of diabetic retinopathy, yet only half are aware of it, the National Eye Institute says.

Women with gestational diabetes are not at risk unless they have preexisting diabetes that wasn’t known for a long time, says Dr. Donald Coustan, MD.

But pregnant women are at greater risk of developing retinopathy – with a significant distinction. Women with gestational diabetes are not at risk unless they have preexisting diabetes that wasn’t known for a long time, says Dr. Donald Coustan, MD, a member of the American Diabetes Association’s Professional Practice Committee. Retinopathy only happens to people with type 1 or type 2 diabetes, and remains a lifetime risk.

“The risk is greatest for women with long-standing diabetes, which generally means type 1 because of the earlier age of onset,” says the American Diabetes Association (ADA). “Women with poorer diabetes management [before pregnancy]” are also at greater risk. The risk for progression of retinopathy continues for some time after pregnancy – a few months to a year – but the overall lifetime risks are not much different, says the ADA.

Additional factors such as high blood pressure or high cholesterol can also increase the risk. Two new demographics have now been added to the risk groups. Researchers in India and the US discovered this past year that young onset patients with type 2 diabetes have an increased risk of developing retinopathy at an earlier stage and at a greater frequency. Targeting pathways to the specific biomarkers could be a future strategy, one of the lead authors says.

Another group at risk are people who have obstructive sleep apnea and type 2 diabetes. Research led by the University of Birmingham found that these two conditions portend a higher risk of developing retinopathy within an average period of less than four years.

Vision lost to retinopathy is sometimes irreversible, says the National Eye Institute, but early detection and treatment can reduce the risk of blindness by 95 percent. Hence, the recommendation is to get a comprehensive dilated eye exam at least once a year. Once the condition is diagnosed, these exams will likely become more frequent.

Taking good care of your health will help slow or prevent retinopathy. The National Eye Institute even has an acronym: keep your health on TRACK:

Laser treatment is common. Another treatment involves injecting “anti-VEGF” medication or steroids into the eye. A later treatment is a surgery called vitrectomy, in which the vitreous gel and blood from leaking vessels are removed, along with scar tissue.

The most exciting area of research in recent years has been the introduction of medications that are injected into the eye that can limit and to some extent reverse diabetic retinopathy, says the ADA. These medications aren’t used during pregnancy to avoid an effect on the fetus.

Researchers are also looking into ways to detect the condition earlier, like utilizing a technology called adaptive optics (AO) to improve imaging techniques.

Most recently, scientists have identified a new target – adenosine receptor A2a – that seems to reduce the dysfunctional blood vessels. A protein has also been identified (ARF6) that when inhibited, reduces retinopathy.

In the meantime, there’s lots of support through organizations like VisionAware, which has an online community and directory of services. A page is devoted to resources and support for adults with diabetic retinopathy.

How is the American Diabetes Association Working for Women?

Successful Goal-Setting for Women—How to Use Your Strengths