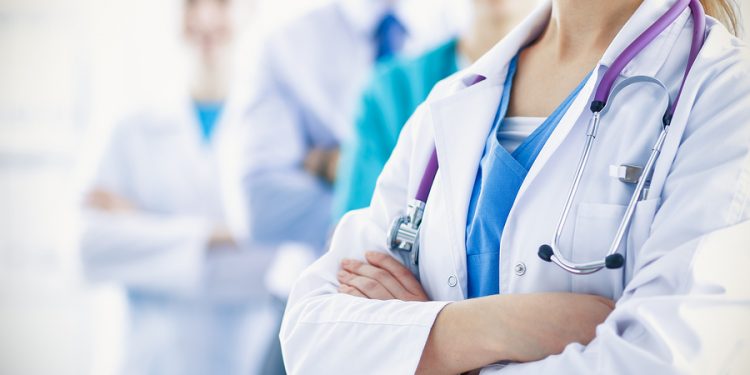 WomensHealth.com wanted to get an overview of the latest research and developments in cancer care, but found the topic to be too broad. To narrow our focus, we reached out to the American Society of Clinical Oncology, which aims to “conquer cancer through research, education, and promotion of the highest quality patient care.”

The organization calls itself unique because it’s the only one that encompasses all oncology subspecialties. ASCO’s Chief Medical Officer Dr. Richard Schilsky answered our questions.

WomensHealth.com: Tell us about 2016. What research is ASCO excited about?

American Society of Clinical Oncology: We could not talk about 2016 without mentioning one of the most promising areas of cancer research: immunotherapy.

We could not talk about 2016 without mentioning one of the most promising areas of cancer research: immunotherapy. Immunotherapy treatments are designed to boost the body’s natural defenses to fight the cancer.

Immunotherapy treatments are designed to boost the body’s natural defenses to fight the cancer. While we have some work to do to help doctors understand why these promising treatments don’t yet work for every patient, we saw some really remarkable progress in 2016.

For example, research showed that immunotherapy can slow the growth of melanoma and for some patients with later stage melanoma, even help increase their survival chances. It’s an important advance considering the rates of melanoma are increasing – especially among women under 40.

We also saw some early research that indicates immunotherapy could be a promising treatment for some women with ovarian cancer who do not respond to traditional chemotherapy.

It’s exciting, and an area we’ll be watching closely.

WH: What new therapies or drugs are available that our readers should know about?

And there is considerable excitement around the recent FDA approvals of drugs called PARP inhibitors, olaparib and rucaparib, for treating ovarian cancer. These treatments are effective in cancers with mutations in the BRCA1 or BRCA2 genes and oncologists can test a patient’s tumor to determine if these new therapies will work for a patient.

WH: What continues to be the biggest challenges to those working in the field of cancer?

ASCO: While researchers are making progress against cancer – and cancer death rates continue to decline – one of the major challenges is federal funding for biomedical research. Federally funded research has yielded some of the most remarkable advances in cancer care over the last 40 years.

Last year, the government gave our nation’s cancer researchers a boost in funding for the first time in 10 years. That was a good first step, but we will need robust funding going forward in order to regain momentum after years of inadequate support. ASCO urges lawmakers to continue to build on investments with predictable and sustainable future funding increases to meet the promise of today’s research.

Currently, fewer than five percent of all adult patients with cancer participate in a clinical trial, a rate that has remained stubbornly stable over an extended period of time.

WH: What support is available to individuals and families who are living with cancer?

ASCO: People diagnosed with cancer often say they were stunned when they heard the news from their doctor and unable to process what was said afterward. A great starting point for learning more is ASCO’s patient information website, Cancer.Net. All of the information has been reviewed by oncologists, and the site provides a host of resources, including how to find an oncologist, what to expect with treatment, how to find financial support, and caregiving plans that can help ease the overwhelming burden of caring for a loved one.

There is a lot of information out there. Patients and families should always start by asking their doctors, nurses and care teams for support recommendations. Many national support groups have local chapters that know the community, which can be extremely helpful.

ASCO: One major initiative that we’re expanding in 2017 is our very first clinical trial, the Targeted Agent and Profiling Utilization Registry (TAPUR) study. ASCO recognized two significant challenges slowing the pace of discovery in precision medicine: a lack of access to drugs prescribed off label and a lack of data collection on the safety and efficacy of such treatments. TAPUR is addressing both issues by making targeted drugs available to participants at no cost and by creating a registry to record and share key clinical outcomes. We’ve already enrolled more than 140 patients, and will continue to expand our research in 2017.

We are also expanding our CancerLinQ® initiative. CancerLinQ® is a powerful platform containing growing amounts of real-world cancer information. This national initiative will allow cancer providers to improve the quality and value of care by analyzing millions of cancer patient medical records, uncovering patterns and trends.

WH: What areas of research is ASCO excited about for the future?

ASCO: As previously mentioned, immunotherapy is a promising area of cancer research. One of the challenges, though, is understanding why these new treatments do not work for every patient. However, research is already underway to help give us some answers. Researchers are looking at tumors at the molecular level for information that will help oncologists better identify which patients are most likely to benefit from immunotherapy. In addition, we’re going to see more research that is testing immunotherapy in combination with existing cancer treatments like chemotherapy and radiation. There is some early evidence that this may be a promising strategy.

Researchers have found that genetic changes normally found through a tissue biopsy can also be detected in a blood sample. Giving a blood sample, rather than traditional biopsy, is much easier on patients and can be used to monitor changes in the tumor over time.

We’re also very excited about a less invasive biopsy technique often called a “liquid biopsy.” Researchers have found that genetic changes normally found through a tissue biopsy can also be detected in a blood sample. Giving a blood sample, rather than traditional biopsy, is much easier on patients and can be used to monitor changes in the tumor over time. We are hoping to see this new technology expand.

WH: What would you like female readers to know about ASCO that you haven’t addressed?

ASCO: Cervical cancer is the fourth most common cancer in women worldwide, and human papillomavirus (HPV) is the cause of approximately 99.7 percent of cervical cancer cases. Men are also at risk of developing oral and penile cancers from HPV. ASCO encourages women and families to talk with their doctors about HPV vaccination. With safe and effective vaccines readily available, no young person today should have to face the devastating diagnosis of a preventable cancer like cervical cancer. But unless we rapidly increase vaccination rates for boys and girls, many of them will.

Could Women’s Lungs Be More Vulnerable to Cancer?

5 Complementary Treatments that Help You Feel Better During Cancer