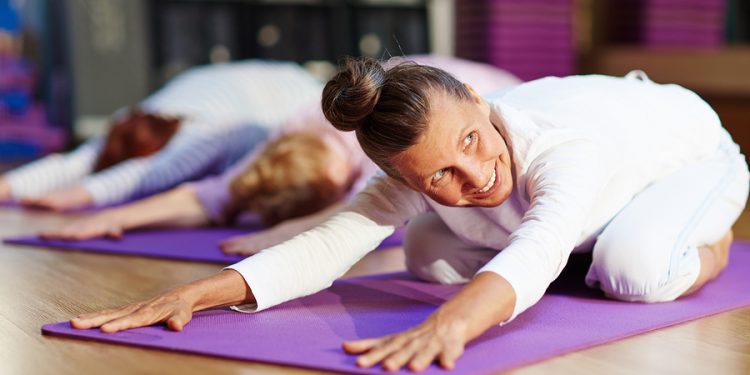 While exercise doesn’t prevent people from developing multiple sclerosis (MS), certain kinds of exercise may be beneficial to those who already have it. MS is a neurological disease that directly affects the body, but coping with it can bring about depression – and this is where exercise comes in.

MS is a disease in which the body’s immune system attacks the central nervous system – comprised of the brain, spinal cord, and optic nerves. In MS, the flow of information within the brain as well as from the brain to the body is disrupted.

“How do we maintain joy, peace and all of the good emotions despite being in a very difficult situation?” asks Dr. Sullivan.

MS symptoms are varied and unpredictable, according to the National MS Society. “No two people have exactly the same symptoms, and each person’s symptoms can change or fluctuate over time,” the website says. Common symptoms can include fatigue, numbness or tingling, walking difficulties, dizziness, vision, bladder, or bowel problems, and spasticity.

There’s no blood test for MS, but there are blood tests to rule out other conditions that cause similar symptoms. Healthcare providers use this and other tools to arrive at a diagnosis. Unfortunately, MS isn’t curable, but strategies exist to modify or slow the disease, treat relapses, and manage symptoms.

MS is two to three times more common in women than in men, says the National MS Society, which adds that women face several gender-specific complications as they have to deal with the effects of MS on hormones, menstruation, pregnancy, childbirth, and menopause.

Not only are women more susceptible to MS, but women with MS are at a significantly increased risk for depression, says Dr. Amy MB Sullivan, Psy.D., ABPP, a board certified, staff clinical health psychologist and Director of Behavioral Medicine at the Mellon Center for MS at the Cleveland Clinic. She says depression occurs in up to 54 percent of the MS population. “Specifically, women are more likely than men to develop depression and anxiety,” she says. “Because of this knowledge, and knowing that MS usually strikes while women are in childbearing ages, it is important to point out that a woman’s risk [if she has MS] for developing post-partum depression is greater than the general population.”

Not only is the depression a reaction to the challenges of having a chronic illness, but it can result from the changes in the brain and immune system, the National MS Society says. While this is a serious symptom, it’s treatable. 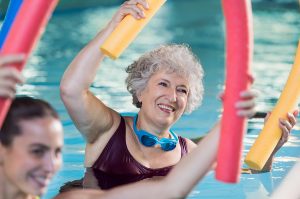 The September 2016 issue of Neurology published a large study that showed no evidence that exercise may reduce a woman’s risk of developing MS. “This is unfortunate as we want to believe that exercise is a protective factor of the development of disease, but it is not surprising,” says Dr. Sullivan. “We are not at a point in the MS research world to know what causes or prevents the disease. There is speculation that there is an environmental element. There is likely some genetic component, and probably some immunological process that occurs. It may also be due to an infection, but we haven’t been able to come to a consensus.”

Because people who have MS are unable to prevent the disease, what becomes important is how they cope with its development. “How do we maintain joy, peace and all of the good emotions despite being in a very difficult situation?” asks Dr. Sullivan.

Exercise has been shown to help manage many MS symptoms, including depression – a common and debilitating symptom with far-reaching consequences. In particular, patients who do yoga and aqua therapy suffer less from fatigue, depression, and paresthesia (burning or prickling sensation usually felt in the hands, arms, legs, or feet), researchers from the University of Basel reported in 2016. In fact, “in the non-exercising group, the likelihood of moderate to severe depression was 35-fold higher than in the groups who had done yoga or aquatic exercise,” the study says.

It makes sense that aquatic activity benefits people with MS, because water helps them move in ways they may not be able to on land, says the National MS Society. This is due to buoyancy, viscosity, hydrostatic pressure, and temperature control. If there isn’t an aquatic class in your area, there are exercises you can do on your own in a body of water.

Yoga poses can be modified and practiced in many different positions, and the simple practice of breathing is helpful. Practicing yoga can help manage everyday tasks as well.

Susan Sherrer is coming up on her 21st year living with MS, yet she hasn’t experienced depression since her diagnosis. If she felt down, she says she would focus on taking extra good care of herself, both physically and mentally. She tries to think positive and take it one day at a time.

Sherrer tried yoga, but it didn’t help in some ways because of her back problems. She hasn’t tried aqua therapy, as it’s not available in her area, but she’s looking into doing tai chi. In the meantime, she constantly walks when she can and does stretching exercises. “The pain associated with MS can be a lot to deal with in itself,” says Sherrer, “and if one gets depressed and needs help in dealing with it, they should know that it is okay to get help, whether that be a therapist or doctor.”

Sherrer admits that she’s dealing with more pain and sometimes needs a cane or walking stick to help with her balance or going up and down hills. But, she says, “I may have MS but MS does not have me!”

Get Rhythm—What Women Need to Know About Afib