Fibromyalgia: Not the Flu 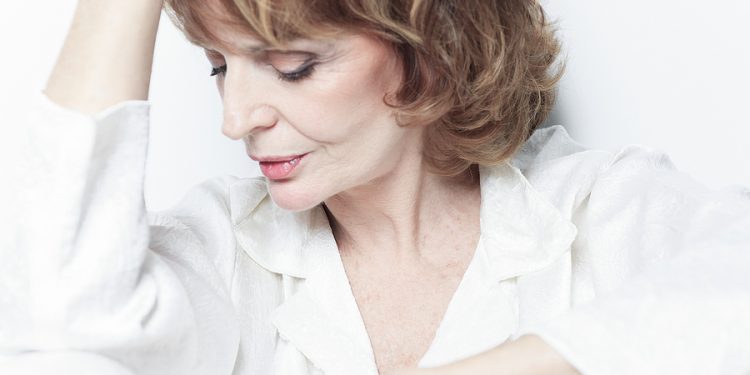 Imagine what it feels like when you have the flu: You’re exhausted and it feels like you’re carrying 50 pound sacks on your shoulders, your body hurts, you have a headache, it’s hard to get comfortable, you’re limited in what you can do, and you’re cranky because of these things. Now add light/sound/touch sensitivity, and memory and word finding issues with a dash of depression.

On a bad day, add a migraine or shooting pain from your hip to your ankle, or not being able to stand up straight, not being able to turn your head, or having so much pain in your hands that it’s hard to hold onto things.

“Some days the fatigue is so overwhelming that I can barely function,”- Alisson Goldberg.

This is Alisson Goldberg’s description of what it’s like to have fibromyalgia. It’s no flu.

The litany of woes continues: “Some days the fatigue is so overwhelming that I can barely function,” Goldberg says. “Some days my eyes hurt so badly I can barely keep them open. I can take out my contacts, which helps my eyes some, but the weight of my glasses on my face is excruciating. There are days that it hurts to be touched. If someone bumps into me or even hugs me, it can cause pain that will last for hours. If I go away for the weekend, it might take me months to recover from the flare up of symptoms and get back to my normal.”

Because of this, Goldberg has stopped traveling completely, as it’s no longer worth the repercussions. Even having company stay at her house requires a minimum of a week to recover.

According to the American College of Rheumatology, fibromyalgia is a common neurologic health problem that causes widespread pain and tenderness, which comes and goes, and moves about the body.  It is considered a chronic illness.

An estimated 2-4 percent of the US population is affected by fibromyalgia (as many as 6-12 million people), the American Chronic Pain Association claims. Both men and women have it, but about 90 percent of those who do are female.

More shocking numbers, from the ACPA: It’s estimated that there could be as many American women living with fibromyalgia as there are living with diabetes, nearly 70 percent of people with it haven’t been diagnosed, and it can take an average of five years to receive an accurate diagnosis.

The cause of fibromyalgia is unknown. A diagnosis is one of exclusion. Goldberg, for example, had multiple rounds of bloodwork, MRIs, examinations by different specialists, and ongoing care from her primary care physician until everything else had been eliminated.

The Centers for Disease Control and Prevention lists the most common symptoms:

Fibromyalgia can affect people of all ages, including children. However, most people are diagnosed during middle age and your risk increases as you age, according to the CDC. If you have lupus or rheumatoid arthritis, you’re also more likely to develop fibromyalgia.

Other risk factors have weak associations, so more research is needed, but they include:

Fibromyalgia can be managed and treated with medication and other strategies, but the tricky part is it’s different for everyone. The most effective therapies are improving sleep quality to reduce fatigue, and myofascial release therapy to reduce pain, says Ginevra Liptan, MD, medical director of The Frida Center for Fibromyalgia, author of The FibroManual: A Complete Fibromyalgia Treatment Guide for You and Your Doctor, who also has fibromyalgia.

“I see the most consistent global improvement in patients when we take steps to improve their sleep quality so they are getting more deep, refreshing sleep,” says Dr. Liptan, who says studies show that in fibromyalgia, the fight-or-flight nervous system is active all the time – even at night – resulting in light, unrefreshing sleep.

“I see the most consistent global improvement in patients when we take steps to improve their sleep quality so they are getting more deep, refreshing sleep,” – Ginevra Liptan, MD

This is achieved by first making sure there aren’t any other sleep disorders going on. Next is ensuring good sleep habits and relaxation protocols in the evenings through deep breathing and gentle stretching. If needed, the addition of supplements and/or medications can be introduced to further calm the overactive fight-or-flight brain activity.

When Dr. Liptan developed fibromyalgia during medical school, she had to take a medical leave. Myofascial release therapy enabled her to return. She cites two European studies that found that this therapy was effective in reducing pain and provided long-lasting pain relief even several months later. To find a therapist trained in this technique, visit mfrtherapists.com

Other treatments used for fibromyalgia include cognitive behavior therapy, medications like antidepressants, and complementary therapies like yoga, acupuncture, biofeedback, aromatherapy, or water therapy. 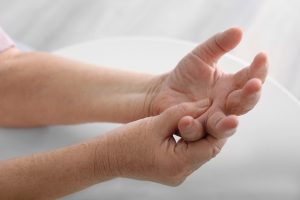 When asked about upcoming treatments, Dr. Liptan says there is a lot of research activity on cannabis for pain relief that may be promising. A large study began earlier this year in the Netherlands on the effects of inhaled medical cannabis on fibromyalgia symptoms. She calls it a well-designed study that is double blind, placebo controlled, and uses standardized, pharmaceutical-grade medicinal cannabis.

Another new treatment option that Dr. Liptan calls exciting is low-dose naltrexone (LDN). It’s an opiate blocking medication that’s prescribed in higher doses (50 mg) to treat opiate and alcohol addiction. When taken at very low doses (1-5 mg range), it reduces pain in two ways. It increases the release of endorphins (the body’s own opiates) and lowers inflammation in the central nervous system, explains Dr. Liptan. She’s had quite a few fibromyalgia patients get impressive pain reduction with this, similar to results reported in two studies done at Stanford University. Unfortunately, since naltrexone is a generic medication, there is no pharmaceutical industry interest in funding studies, so research has been primarily a grassroots effort thanks to organizations like LDN Research Trust, she says.

When it comes to treating fibromyalgia, Dr. Liptan says the first big challenge is that health insurance often doesn’t cover the alternative or experimental treatments that are the most helpful (like myofascial release, cannabis, or low-dose naltrexone).

“The next challenge is that there is no one medication or treatment that works for everyone,” she says, “meaning we may have to go through extensive trial and error to find the most effective treatment for each person.”

There is also a shortage of doctors with expertise or interest in treating fibromyalgia, says Dr. Liptan, which leaves many patients stuck in the difficult position of figuring out their own treatments.

“I was so ashamed of my diagnosis that I didn’t tell any of my colleagues during medical school or residency. The hurtful things said to my patients from other medical providers are heartbreaking.” -Dr. Liptan

Fibromyalgia is considered an invisible illness because people look fine and there is no lab, imaging tests, or other testing to confirm the diagnosis, says Dr. Liptan. This has led to much controversy, arguments about whether it’s a “real” illness, and judgments that it must be “all in our heads,” she adds. “As a patient, you can feel the stigma,” she says. “I was so ashamed of my diagnosis that I didn’t tell any of my colleagues during medical school or residency. The hurtful things said to my patients from other medical providers are heartbreaking.”

Dr. Liptan uses the following analogy to help describe the condition: “Fibromyalgia feels like carrying a 200-pound invisible backpack, with fatigue and pain weighing you down, but no one can see the burden you carry.”

Indeed, Goldberg says that every day is a war that requires a plan of attack. She has a very limited amount of energy and that amount changes daily. Her greatest frustration is not being able to live the life she wants.

Goldberg admits that she hides the worst of her disease from almost everyone because if they knew how bad it really is, they’d pity her, which she doesn’t want. This is what she does need:

One thing Dr. Liptan has learned is that feeling truly heard and understood by someone else can itself be powerful medicine. She wants people to know that fibromyalgia is real, no longer a mystery illness as more than 6,000 research studies have illuminated the processes going on in the body. While there’s no cure or silver bullet, effective treatments exist that can reduce symptoms to a manageable level. “Don’t give up,” she urges.

A 3-Step Self-Care Program for Women with Lupus