YOU ARE HERE:Home » Wellness » Free the Clutter, the Rest Will Follow
Wellness 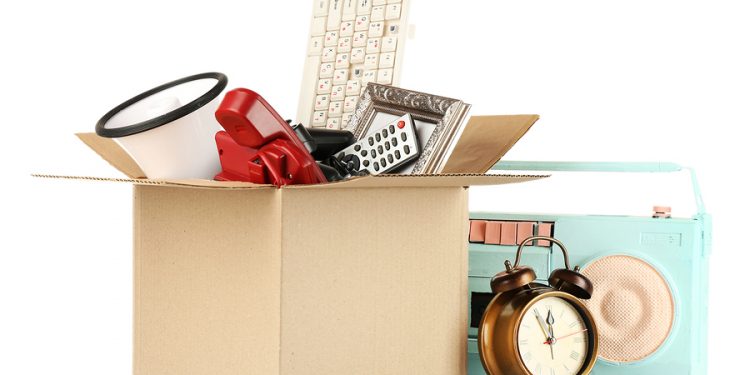 A few months after Gretchen Gavacs-Squier quit her job, she began de-cluttering her house. She finds herself doing major purges every six months or so, when she gets overwhelmed with papers and her kids’ things. “After purging, it’s like a weight has been lifted!” she says. “It’s liberating!”

Clearly, cluttered environments can affect physical and emotional health. How, and what are some practical steps to reduce clutter?

A Storage & Moving Study by Wakefield Research for SpareFoot – a marketplace for storage – found that more than half of Americans describe their home as cluttered. Guilt is a major factor, as 91 percent of Americans have kept an item because they feel bad getting rid of it. Top items include gifts, a family heirloom, rarely worn clothing, and greeting cards.

Eight out of 10 consider themselves to be organized; yet 72 percent still spend at least five minutes – and some up to 20 – looking for misplaced items daily. Hmm.

Financial costs are also incurred, as being disorganized can cause bills to be late (this happens to 45 percent of women in Redbook’s poll) and appointments and meetings to be missed. Clutter affects relationships, and sometimes it’s caused by these relationships. The SpareFoot study found, for example, that 56 percent of men in a relationship said they frequently stop their significant other from throwing out an item they want to keep.

How can clutter affect health?

Looking for things all the time and often feeling crunched for time in doing so can cause stress, says Dr. Susan Bartell. The psychologist focuses on all aspects of life-balance and also consulted on the SpareFoot study. Clutter can be emotionally draining for some people, she says, who can feel overwhelmed by the piles and how daunting it is to try and clean up. For others, however, clutter can be comforting and the idea of getting rid of things can actually cause more stress.”

Clutter can be emotionally draining for some people, she says, who can feel overwhelmed by the piles and how daunting it is to try and clean up. For others, however, clutter can be comforting and the idea of getting rid of things can actually cause more stress.

“Clutter can actually erode your self-esteem and body image if we hold onto clothing that is too small for us,” says Dr. Bartell. “It’s never incentivizing, only demoralizing.

The SpareFoot study found that in addition to guilt, 51 percent of people keep items for sentimental reasons. Keeping things you don’t need or use causes stress and anxiety, making it difficult to have the emotional resources to make healthy choices, says Dr. Bartell.

Other research on clutter has found that a cluttered kitchen leads to overeating, clutter can make it hard to focus, giving up one’s stuff can actually feel like pain to your brain, and clutter not only causes stress but reduces creativity. Whew. 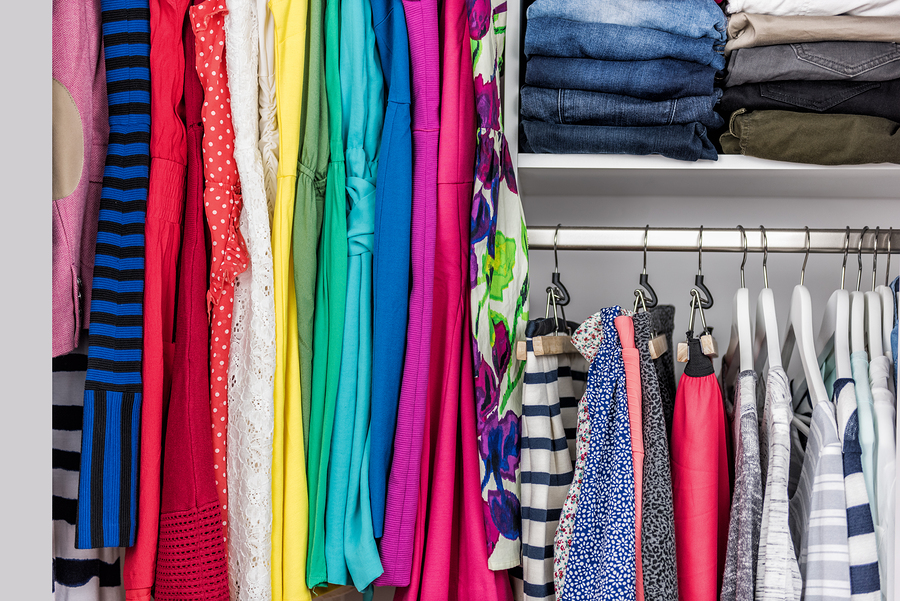 Dr. Bartell feels that clutter isn’t a gender issue but rather depends on personality and how one was raised. If you grew up with a lot of clutter, you might find it comforting, or maybe you hated it and now strive for the opposite. Learning disabilities, depression, and anxiety can also interfere with someone’s ability to successfully manage clutter.

Leslie Gail, M. Ed., owner of Declare Order Professional Organizing and Professional Development Director for NAPO-Chicago, says both women and men are pretty equal when it comes to clutter. “Husbands and wives ‘throw each other under the bus’ at a pretty equal rate,” she says, with 90 percent of Americans in a relationship admitting that if they knew there wouldn’t be consequences, they’d get rid of some of their significant other’s possessions.

In Gail’s experience, husbands are more likely to go through and throw things away (or threaten to) as a way of “dealing” with their wives’ clutter, while wives are more likely to come up with systems, which they then try to encourage their husbands to follow. “What both are really doing is imposing their way of processing and organizing on their spouses, rather than finding a compromise,” Gail says.

This is because men are more likely to single focus, so they organize the same way, by keeping surfaces clear or making piles, Gail says, without much in between. Women make more connections, see more categories, and involve more sensory information. As a result, their organizational systems become more complex.

The most practical thing women can do to reduce clutter is to consider how it’s getting there in the first place, says Gail. Is it due to delayed decisions, guilt, or not having the time and energy to keep up?

At home, stuff tends to pile up because more is purchased than people have the time or energy to deal with once it comes through the door, says Gail, who has some tips for the home environment:

Thoughtful use of storage is also important, Gail adds.

At work, clutter comes in the form of email overload, scattered or piled paper, and hectic schedules, says Gail, who has tips for the work environment:

If all this is overwhelming, just start small. Figure out what items you really need right now and do just one box a day or week, suggests Dr. Bartell. Getting clutter out of your house is the best option if you can’t part with stuff. Look for a storage unit or at least place items in a garage, basement or attic that’s away from your every day flow, she advises.

Gavacs-Squier heeds the advice of a friend who told her, “If you haven’t used it in the past two years, throw it away.” Knowing everything is in order has improved her healthy journey; now not only is her house better organized, but now she has no excuse to avoid exercise.

De-cluttering pays dividends all around. “Clutter feels chaotic and makes me anxious,” says Gavacs-Squier. “When everything is in its place, there’s a sense of peace.”

Get Rhythm—What Women Need to Know About Afib