YOU ARE HERE:Home » In the News » How To Avoid Fines For Not Having Health Insurance
In the News

How To Avoid Fines For Not Having Health Insurance 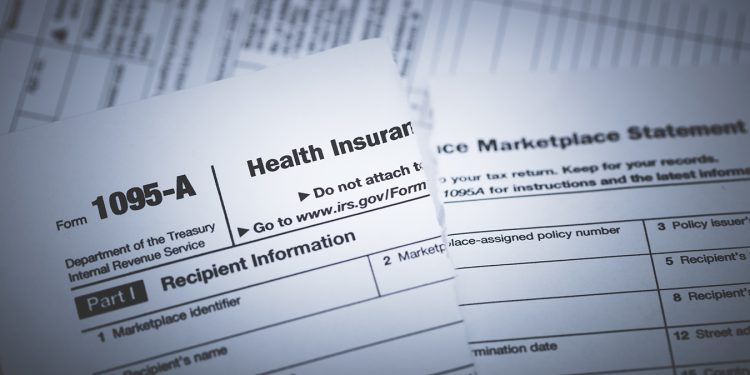 Learn how to avoid the fines for not having health insurance. There are already more than a dozen reasons people can use to avoid paying the penalty for not being insured.

The federal government has added four more “hardship exemptions” that let people off the hook if they can’t find a marketplace plan that meets not only their coverage needs but also reflects their view if they are opposed to abortion.

It’s unclear how significant the impact will be, policy analysts said. That’s because the penalty for not having health insurance will be eliminated starting with tax year 2019, so the new exemptions will mostly apply to penalty payments this year and in the previous two years.

“I think the exemptions … may very marginally increase the number of healthy people who don’t buy health insurance on the individual market,” Timothy Jost, emeritus professor of law at Washington and Lee University in Virginia who is an expert on health law.

Under the new rules, people can apply for a hardship exemption that excuses them from having to have health insurance if they:

The first new exemption isn’t relevant for consumers this year. Since the Affordable Care Act’s marketplaces opened, there have been no “bare” counties that lack insurers.

However, in about half of the U.S. counties — in which 26 percent of enrollees live — there is only one marketplace insurer this year, according to the Kaiser Family Foundation. (Kaiser Health News is an editorially independent program of the foundation.)

As for the abortion exemption, in many places it won’t be an issue either. Women in 31 states didn’t have access to a marketplace plan that covered abortion in 2016, according to a Kaiser Family Foundation analysis. Still, a few states — California, New York and Oregon — generally require abortion coverage in their marketplace plans, and women who live there might have trouble finding a plan that excludes that coverage, experts said.

The ACA established several different types of exemptions from the penalty for not having coverage. Among them are exemptions for not being able to find coverage that is considered affordable or being without insurance for less than three consecutive months in a year. People claim these more common exemptions when they file their tax returns.

Hardship exemptions that had already been on the books protected people who faced eviction, filed for bankruptcy or racked up medical debt, among other difficulties. Consumers apply for these exemptions by submitting an application to the ACA insurance marketplace.

The new hardship exemptions apply to people in all 50 states, according to an official at the federal Centers for Medicare & Medicaid Services, which oversees the health law’s insurance marketplaces. To apply, people generally need to provide a brief explanation of the circumstances that made it a hardship for them to buy a marketplace plan, along with any available documentation, when they submit their application to marketplace officials. They can apply for the current calendar year or going back two years, to 2016.

It’s difficult to gauge how many people will try to take advantage of the changes, said Tara Straw, a senior policy analyst at the Center on Budget and Policy Priorities.

“People aren’t sure how to apply or if they’re eligible, and that discourages them from applying,” Straw said.

The penalty for not having health insurance in 2018 is the greater of $695 or 2.5 percent of household income.

During the 2017 filing season, there were more than 106 million tax returns reporting that all family members had health insurance, and nearly 11 million tax returns that claimed an exemption from the requirement to have it, according to a report from the Treasury Department’s inspector general for tax administration. In addition, more than 4 million returns reported paying penalties totaling nearly $3 billion for not having health insurance.

People often don’t realize they may owe a penalty until it’s time to do their taxes, said Alison Flores, a principal tax research analyst at H&R Block’s Tax Institute. H&R tax preparers first work to see if clients can qualify for an exemption that can be claimed on their tax returns. If that doesn’t work, they move on to the hardship exemptions. The preparers help people get the hardship exemption application, but it’s up to consumers to send it to the marketplace and get the exemption certificate.

The federal guidance about the new exemptions was released April 9, shortly before the end of the income tax filing season. People who’ve already filed their taxes and qualify for the new exemptions for 2016 or 2017 and get marketplace approval can file an amended tax return to receive a refund of any penalty they paid, said Katie Keith, a health policy consultant who writes regularly about health reform.

“You have to really be motivated,” Keith said.

Kaiser Health News is a nonprofit news service covering health issues. It is an editorially independent program of the Kaiser Family Foundation, which is not affiliated with Kaiser Permanente.

How To Become An Amazon Seller