YOU ARE HERE:Home » Fitness » How To Be Fiscally Fit
Fitness

How To Be Fiscally Fit 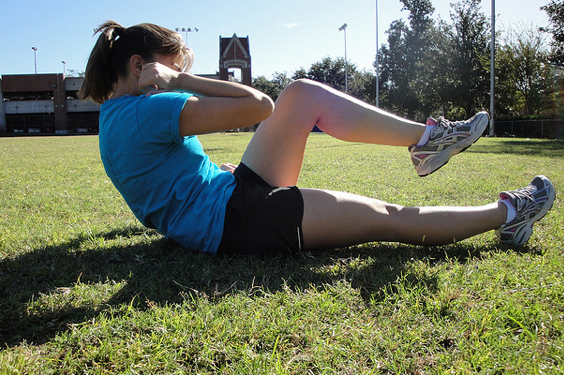 Having worked in the health and fitness industry for over five years I’ve heard all the excuses for why people don’t exercise. And there also seemed to be one particular excuse that popped up more than others.

Oddly, you would think it would be an excuse about not having enough time since that’s a pretty common one. However, the one I heard the most was, “I just can’t afford a gym membership right now.”

Listen, I get it. If it weren’t for the fact that I worked at a health club and got my membership complimentary, I would also not be able to afford a gym, which is now the exact position I am in six years later. However, I still workout five times a week, and I’m ironically fitter than I was when I worked at the gym.

First of all, exercise should not cost a cent. Exercise can literally be done anywhere with no piece of equipment other than your body. Some people have the means to buy a gym membership, a class package or training, but they may also be pinching pennies in every other area of life just to make that work. However, we think it’s completely possible to be fiscally fit, i.e. being regularly active with minimal costs on fitness. The key is finding what works for you, and if that means not spending much money, you just have to figure out some alternative ideas. Here are some of our favorites:

The number of resources for how to workout using your own body weight or things you can find anywhere, such as benches and stairs, is astronomical. From blogs to Pinterest to a simple Google search, there are directions and workout plans for free right at your fingertips.

Over time you’ll gather enough inspiration and learn enough exercises it actually becomes easy to put together your own workout using the resources you have around you. Even investing in a small, inexpensive piece of equipment like a resistance band can help to introduce variety and help build upon what you’ve learned.

Many communities have donation-based workout classes or free events. Your job is to scout them out and mark your calendar. For example, many yoga studios charge upwards of $20 for a drop-in class fee, but the yoga in the park a couple of miles from the house might be free with a suggested donation. I give anywhere from $5 to $10 every time I go, which means I can go once every weekend for a month for less than it costs to go to one class in a studio. Talk about a bargain.

There’s also “Meet Up” where you can connect with other people in your local area to get together and take free, open-to-the-public group classes. Groupon and Living Social are also excellent places to get the most bang for your buck. Many fitness companies have package deals that are less expense than going out to dinner and you can use it for a couple months.

One of the main reasons people enjoy having a gym is because they like the social interaction. Sometimes working out is a lot easier when there’s someone going through it with you, even if you’re not talking to them while working out. There’s also a level of accountability that comes along with having a workout buddy. If you don’t show up there’s someone you have to actually explain yourself to, which is a lot more difficult than convincing yourself that you don’t feel like working out.

Find a friend that can meet you a couple times a week to go for a walk or run, or do partner-based workout moves with you. It’ll add some variety in to your routine and make sure you’re staying accountable for your workout.

If you’re someone who gets bored relatively easily when it comes to working out, make the effort to find new environments to explore. Finding a new trail to hike, bike or climb will keep your workouts from becoming the same mundane routine and most trails and parks are usually free other than a small parking fee or suggested donation.

Personally, whenever I’m running a new trail I find myself focusing so much at soaking in my surroundings and trying to spot wildlife that running becomes a lot easier. Scoping out trails with workout equipment along the path such as pull up bars or a body tuck board for inclined crunches is also a fun way to break things up. Jog between workout stations and get a great total body workout.

We hope some of these ideas get you inspired to get up and get moving even with a tight budget. While it may seem daunting at first to try something completely new, it’s comforting to know that when it comes to supporting your own health no factor matters other than your willingness to show up, tell yourself how awesome you are, and go!

Top Books To Get You Excited About Your Health