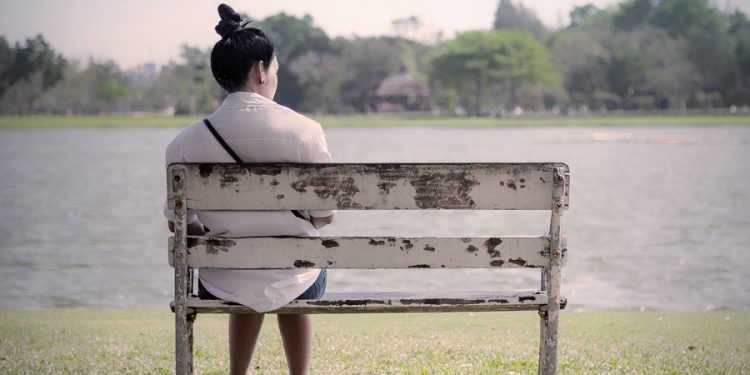 Weight-loss surgery has a lot of benefits for obese women. Studies have shown that for the majority of patients, it results in significant and lasting weight loss, and helps lower risk of heart disease, diabetes, and certain types of cancer. (See our previous post, “Weight-Loss Surgery: What Women Need to Know.”)

Though studies have shown that the majority of women who go through weight loss surgery experience an increase in quality of life, some struggle with the adjustments they have to make, and with the physical and emotional changes that come along with the surgery.

“I haven’t come across a patient yet who wouldn’t recommend it,” Dr. Laurie K. Twells, clinical epidemiologist at Memorial University of Newfoundland, told the New York Times. “Most say they wish they’d done it 10 years sooner.”

One would think with all these benefits, women would be all smiles after surgery. Unfortunately, that’s not always the case. Though studies have shown that the majority of women who go through weight loss surgery experience an increase in quality of life, some struggle with the adjustments they have to make, and with the physical and emotional changes that come along with the surgery.

If you’re considering some type of bariatric surgery, be aware that the outcomes can have an emotional and psychological effect on you. Here’s more about what you can expect, and how you can prepare.

Below are the seven emotional effects of weight-loss surgery. For the sake of clarity, we’ll imagine that we’re going through them with Diane, who just completed her surgery a few months ago.

Diane was committed to her progress, and wanted to do what she needed to do, but she couldn’t help but feel deprived. She felt like she had to mourn the loss of the foods and beverages she used to turn to.

Food is an important part of any woman’s life, but it’s even more present in an obese woman’s life. After surgery, Diane had to change that. She had to find other things that could help her to feel the way food used to make her feel. It helped her to realize that most women go through the same grieving process after surgery, and just need time to adjust and realize that all that food was not helping them, but actually inching them closer to disease and premature death.

When weight comes off, unfortunately, the skin doesn’t come off with it. That means after surgery, Diane had to figure out how to deal with the extra skin she had sagging about her middle. It was embarrassing, especially when she was around her husband. She had hoped the surgery would help her to feel more attractive, and it did to some extent, but the skin was stopping her from feeling as good as she wanted to.

Diane’s doctor suggested she look into cosmetic surgery to help correct the excess skin. Diane felt disappointed about that at first—she hadn’t really prepared for additional surgeries—but when she found a good plastic surgeon, her disappointment faded, and she realized that though the process was going to take time, she would likely be happy with the results.

Though Diane had shared her goals with her family and a couple of her closest friends, she hadn’t told a lot of people about her surgery. As an obese woman, she was used to negative attention, so she had grown accustomed to being “invisible,” and made changes in her lifestyle to avoid running into too many people.

After surgery, Diane wasn’t prepared for the amount of attention she got from others. Friends, acquaintances, work colleagues, and more questioned her about her weight loss. She wasn’t sure what to say to them, and felt vulnerable and exposed. When she was honest about her surgery, she found that some people were not very gracious, and seemed to resent her “taking the easy way out.”

She also found it challenging to go out to eat with friends, as she had so many new dietary rules to follow. Her small stomach size meant that she had to leave much of her food on the plate, and she often had to answer questions from the staff about whether the food was okay. This would bring her more unwanted attention, which made her very uncomfortable.

On top of that, Diane realized within a few months that the friends she had were all overweight and obese, and that most of them enjoyed eating when they got together. This put Diane in a tough spot after the surgery, and she realized she needed to make new friends that would enjoy more active pursuits. In the meantime, she wasn’t sure how to keep her old friends without offending them.

Then there was Diane’s sister, who was also obese but didn’t go through weight-loss surgery. Diane wasn’t prepared for the anger her sister directed at her, as if she had done something wrong by taking charge of her health.

It was only when she started seeing a counselor that Diane was able to find the coping skills she needed to deal with these types of situations.

In a 2015 study, about 13 percent of patients reported suffering from depression after weight-loss surgery. That means most patients did not experience depression—in fact, a 2016 study found that most patients feel less depressed after surgery—but it does show us that the risk is there.

“Dietary regimens before and after bariatric surgery often create the perfect storm for serotonin depletion. Serotonin is our “good mood” transmitter, so if it’s depleted, there goes our good mood right along with it. -Judith J. Wurtman, Ph.D.

Scientists didn’t know why these patients felt worse, but it’s likely that the many changes that occur after surgery are all factors in the mood changes that patients may experience. Eating too much, for example, causes nausea and pain, which can be difficult to deal with, especially since women were eating so much more before the surgery. It’s a habit that can be tough to break.

Nutritional deficiencies can also take hold after surgery, and though they can be easily corrected through dietary guidelines and supplements, they can throw a person for a loop through the first few months.

Then there is the pure psychological effect of limiting certain foods. According to Judith J. Wurtman, Ph.D., writing in Psychology Today, “Dietary regimens before and after bariatric surgery often create the perfect storm for serotonin depletion.” Serotonin is our “good mood” transmitter, so if it’s depleted, there goes our good mood right along with it.

Diane decided to work with her dietician to fit more foods and supplements in her diet that would help boost serotonin levels, and continued working with her counselor to overcome her depression.

It’s called “addiction swapping,” and it can be tough to avoid after surgery. For many obese women, food was an addiction, and after that addiction is taken away, many grieve the loss.

“It’s referred to in our circles as addiction replacement. If they’re using food in this way and they undergo bariatric surgery, they can’t go back to eating the way they did, and the brain’s reward system becomes starved.” – Erik Dutson, MD

To fill the “hole” left behind by food, some women may turn to alcohol, drug use, or even gambling. There have been some studies showing that weight loss surgery can increase the risk of alcohol dependence.

In 2012, for instance, researchers reported that people who go through these surgeries may be more at risk for other unhealthy behaviors like drug or alcohol abuse or cigarette smoking.

Diane realized that before her surgery, she had used food to help soothe her emotions. When she could no longer do that, she definitely felt the void. This is the same feeling many women have that causes them to turn to these other risky behaviors.

“It’s referred to in our circles as addiction replacement, “ Erik Dutson, MD, told WebMD. “If they’re using food in this way and they undergo bariatric surgery, they can’t go back to eating the way they did, and the brain’s reward system becomes starved.”

On top of that, the changed digestive system means that patients may feel the effects of alcohol much more quickly than they used to, which can inspire alcohol abuse.

Diane decided to take up knitting, and also to fit more exercise into her days, to help fill the void she was feeling. When she was working with the yarn and needles, she felt calm and relaxed, and didn’t think about food so much.

In 2016, researchers reported that after bariatric surgery, some patients experienced a risk of self-harm injuries. (About 81 percent of the participants in this study were women.) Scientists thought that it could be the changes in hormones after surgery that could be to blame, or alcohol or substance abuse post-surgery.

Most of the emergencies occurred in the second and third years after the operation, and nearly all occurred in patients who had a mental health disorder—most commonly, depression. The risk is small, but it’s worth noting so that women can be prepared.

Diane didn’t experience notions of self-harm after surgery, but she did continue to work with her counselor to be sure any feelings of depression she had would stay under control.

This can be a serious emotional risk after surgery, as lack of sleep can lead to mood changes and depression. According to a 2012 study, about a quarter of patients who went through the surgery suffered from insomnia afterwards. Most of these had a history of mental health issues.

Other studies have shown the opposite—that weight-loss surgery improved sleep, and helped patients sleep longer than they did prior to surgery.

Knowing this to be a risk, Diane was sure to keep her room cool and dark, to keep all technological gadgets out, and to go to bed and get up at the same time.

How to Prepare Yourself for the Emotional Changes

If you’re considering weight-loss surgery, you can prepare yourself for the expected emotional changes. Here are some tips:

Judith J. Wurtman, Ph.D., “Depression After Gastric Bypass Surgery: Could it be the lack of carbohydrate?” Psychology Today, March 1, 2014, https://www.psychologytoday.com/blog/the-antidepressant-diet/201403/depression-after-gastric-bypass-surgery.