YOU ARE HERE:Home » Wellness » “If Only…” – 6 Steps to Preventing a Fall
Wellness 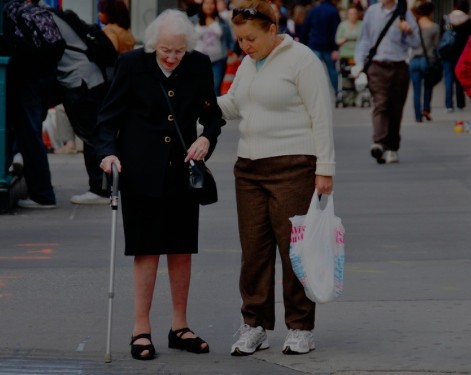 Did you know September is National Fruits and Veggies Month, Self Improvement Month and World Alzheimer’s Month? And that’s just a few of them.

Although these issues should be made aware all year, the awareness months/weeks/days are to serve the purpose of focusing the frequency of conversation to specific time periods to make the issue better known and get people to really think about what they’re doing to prevent or make changes in the area of a specific disease.

Take Breast Cancer Awareness Month for example, with October right around the corner we’ll all be seeing a world filled with pink soon enough. And whether you like the movement or not, you have to admit, the national designation of October as breast cancer awareness month has really resonated. That’s because the entire month of October has media outlets and organizations focused on the same issue. It’s everywhere, and that’s what gets people noticing.

So as I was scrolling through the WomensHealth.com Twitter feed this morning I came across the National Council on Aging’s (@NCOAging) tweet stating that today was National Falls Prevention Awareness Day and the 6 steps to prevent a fall.

My grandmother suffered from a fall several years ago that resulted in a broken arm and a number of months in a medically induced coma where she then suffered an infection in her arm tissue that nearly led to an amputation. By a sheer miracle she didn’t pass away from this fall, but it certainly makes you think…all of that because she tripped on the front porch going to pick up the newspaper?

My grandmother wasn’t very old, I don’t remember her exact age, but she was in her late 60s, early 70s when that event occurred, but the most painful part of that event for both my grandmother and our entire family was not just the fall and following events that occurred, but because the whole thing could’ve been prevented.

It wasn’t the time to play the blame game, but it was hard not to think:

“If only she would’ve taken care of herself and been in better shape.”

“If only she would’ve properly handled that ankle injury five years ago and not procrastinated on getting medical attention, she would’ve been more stable.”

“If only she would’ve asked our grandfather, who was much more capable, to go pick the paper up for her.”

“If only she had been willing to use a device like a cane or walker to help her.”

According to the Centers of Disease Control and Prevention, “twenty to thirty percent of people who fall suffer moderate to severe injuries such as lacerations, hip fractures, and head traumas.These injuries can make it hard to get around or live independently, and increase the risk of early death.” Also, “People age 75 and older who fall are four to five times more likely than those age 65 to 74 to be admitted to a long-term care facility for a year or longer.”

But one thing this entire incident with my grandmother (who has since passed), is that this issue is something we need to pay attention to even if we’re not in the senior demographic.

I think of my mother who is now in her mid-fifties, but will one day be elderly and I don’t want her being at an increased risk for a fall. And even though I am only in my twenties, I also do not want to experience what my grandmother went through.

It was so painful to watch her deal with life after months of being absent and going through recovery to relearn how to walk, hold things and do everyday tasks. I remember when she was finally well enough to come out of her coma and became alert, she had no recollection of how much time had passed. It was heartbreaking.

So when I saw this tweet and the NCOA’s “Take Control of Your Health: 6 Steps to Prevent a Fall,” I wanted to personally tweet everyone I know to take a look at this. These prevention tips are not just for ourselves, they’re for our parents, grandparents, aunt and uncles, and anyone who is close to you that needs to make a change in taking control of their health.

As I’m sure you’re aware, as we age we become more and more set in our ways. People who are older may think that “their fine” and perfectly capable of doing things the way they did them even five and ten years ago. Sometimes it takes a loved one to get serious and say, “Look, I’m concerned for you, and this isn’t something to be ashamed of with age, it’s a risk that everyone encounters. We need to work together to make changes.”

In one way or another we are all connected to someone who has experienced the tragedy that occurs after a loved one takes a fall. Whether it’s being moved to an assisted living facility, breaking bones, being put in to a coma or even passing away.

If we do our part to inform and encourage our loved ones that they need to ask for help, lean on family members (both mentally and physically as aging sets in) and take preventative measures to be as stable and strong as possible we can reduce the chance of saying, “If only…”

Centers for Disease Control and Prevention

Great Skin from the Inside Out