YOU ARE HERE:Home » In the News » Indoor Tanning Addiction and the Depression Connection
In the News 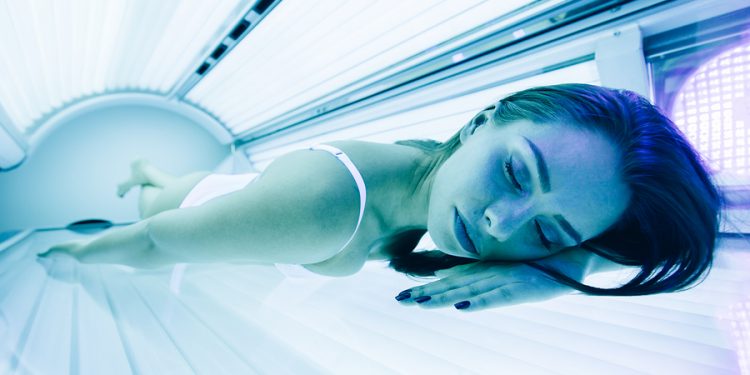 A survey of young, white women who have used indoor tanning at least once in the past year showed that more than one in five of them have signs of being addicted to the high dose of ultraviolet (UV) radiation from tanning beds. In addition, women with symptoms of depression were three times more likely to meet the criteria for having a tanning dependence.

The findings, published online in Cancer, Epidemiology, Biomarkers & Prevention, demonstrate that for some young women, education about cancer risks from tanning may not be enough to make them stop.

“It’s troubling,” said Darren Mays, PhD, assistant professor of oncology at Georgetown University School of Medicine and a member of  Georgetown Lombardi Comprehensive Cancer Center, who led the research effort. “We know that tanning, especially early in life, increases the risk of skin cancers, and is associated with early-onset cancers.”

“It’s troubling. We know that tanning, especially early in life, increases the risk of skin cancers, and is associated with early-onset cancers.” -Darren Mays, PhD

One indoor tanning exposure is associated with an approximately 20 percent increase in the risk of developing melanoma, and a 29 to 67 percent increased risk of developing non-melanoma skin cancer during a person’s lifetime, Mays said. And the risk adds up: with each additional indoor tanning exposure, her lifetime cancer risk increases by about 1 or 2 percent. Indoor tanning currently accounts for about 10 percent of melanoma and non-melanoma skin cancers in the United States.

Indoor tanning is more harmful than tanning outdoors because tanning beds can deliver higher levels of UVA and UVB light, Mays said. And while data from the Centers for Disease Control and Prevention have shown that indoor tanning has been declining overall, about 15 percent of young adult non-Hispanic white women reported tanning in the past year. For women ages 17 to 18 years, the rates are higher: 20 percent to 25 percent of that group reported tanning.

“It’s promising that the rates have declined, but there are subgroups where it remains a pervasive behavior,” Mays said.

The researchers interviewed almost 400 non-Hispanic white women who were between the ages of 18 and 30 and who had reported tanning indoors at least once in the past 12 months.

“The opioid activation pathway is a really interesting area that we want to learn more about,” Mays said. It also has implications for reducing indoor tanning, particularly in this population, he said.

“We tested interventions that were about risk communication, but for this population with tanning dependence, the thing that stands out to us was not only the association between attitudes and beliefs, but their depressive symptoms,” Mays said.

“The intervention model needs to go above and beyond informing about risks to include treating those symptoms,” Mays said. Further research may find a combination of counseling and medications may be best for treating tanning dependence, he said, similar to other addiction treatments.

Additional authors include Michael B. Atkins, Jaeil Ahn, and Kenneth P. Tercyak – all from Georgetown.

This research was supported through a grant from the Harry J. Lloyd Charitable Trust and in part by the Lombardi Comprehensive Cancer Center Support Grant (P30CA051008) from the National Institutes of Health

5 Complementary Treatments that Help You Feel Better During Cancer

Are You Getting Enough Vitamin D?