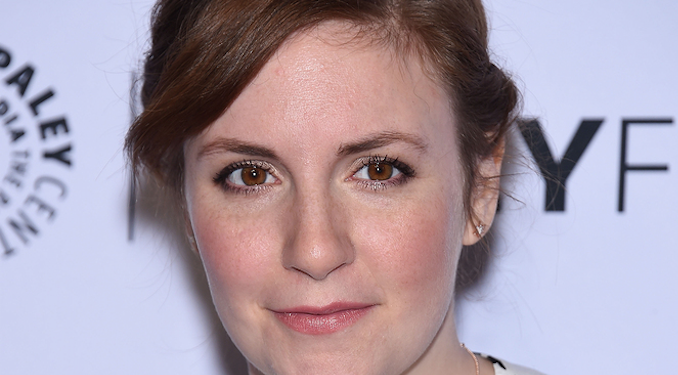 Lena Dunham has everyone talking again, not about one of her nude scenes or a controversial statement she made in the press, but with the news that she underwent a hysterectomy at the age of 31.

Hysterectomy – which is the surgical removal of the uterus – effectively ends a woman’s fertility. So when a young woman has one, it can make the news.

Why do women choose hysterectomy?

According to the Centers for Disease Control and Prevention, hysterectomy is the second most frequently performed surgical procedure (after cesarean section) for U.S. women of reproductive age. From 1980-1993, approximately 600,000 hysterectomies were performed annually in the U.S., and about 20 million U.S. women had one. Since then, the figures have increased.

“Hysterectomy is never the procedure that is used as a primary treatment modality,” says Dr. Falcone. “A woman’s decision to undergo hysterectomy is a difficult one but should be respected.”

Hysterectomies used to be performed for sterilization purposes. Now a multitude of health conditions can lead to this treatment. The most well known, especially in light of Dunham’s article in Vogue, is endometriosis. But this is only the third most common cause for hysterectomy, says Dr. Tommaso Falcone, M.D., FRCSC, FACOG, lead author of the American College of Obstetricians and Gynecologists’ (ACOG) Practice Bulletin, and chair of Obstetrics, Gynecology and Women’s Health Institute at the Cleveland Clinic. He cites 2010 statistics, which estimate that 83,000 hysterectomies are done annually for endometriosis.

Uterine fibroids are the most common reason for hysterectomy. Other conditions, as listed by ACOG, include:

Young women and the last resort

In addition to the loss of fertility and onset of menopause (if both ovaries are removed), other risks are associated with having a hysterectomy at a young age. The National Women’s Health Network says that removal of the uterus and ovaries at a young age may increase the risk of a heart attack or stroke. Urinary problems have also been linked to hysterectomy (though leaving the cervix is thought to help with this), along with hormone deficiencies, depression or psychological stress. As Dr. Falcone says, “There is also regret in some women that they had to have such a radical procedure to achieve a quality of life that allows them to function.”

He also says the short-term consequences are similar in young and older women if the ovaries aren’t removed. An increased risk of prolapse is possible.

But hysterectomy is usually the last resort, after all other medical and surgical options have been exhausted. “Hysterectomy is never the procedure that is used as a primary treatment modality,” says Dr. Falcone. “A woman’s decision to undergo hysterectomy is a difficult one but should be respected.” ACOG has a guideline for endometriosis, for example, that clearly states the options for treatment before hysterectomy.

There are now several different types of hysterectomies; it’s no longer grandma’s hysterectomy with a weeks-long hospital stay. The method used depends on the condition, and the risks and recovery times vary accordingly. There’s vaginal, laparoscopic, or abdominal, for example.

One factor that has likely contributed to the rise in hysterectomies is the ability to test for the BRCA mutation. Rachel (last name withheld upon request) has the BRCA1 mutation, putting her at high risk for both breast and ovarian cancer. Her lifetime risk of developing ovarian cancer (prior to surgery) was up to 54 percent. Because there’s no good screening for this kind of cancer, it was strongly suggested that she remove her ovaries once she was 35 and done having kids.

“I really viewed the hysterectomy as a necessary surgery, not a preventative one, and I think most of my family/friends shared this view,” Rachel says. “I remember clearly the nurse in the operating room reviewing the surgery and calling it elective, and I corrected her!”

Rachel waited to have the surgery until her youngest was walking, but once she made the decision, she scheduled it right away. She chose to have a full hysterectomy because she would be in menopause regardless, and she wanted to be as thorough in her risk reduction as possible. “I really viewed the hysterectomy as a necessary surgery, not a preventative one, and I think most of my family/friends shared this view,” Rachel says. “I remember clearly the nurse in the operating room reviewing the surgery and calling it elective, and I corrected her!”

As soon as the surgery was completed, she went on hormone replacement (estrogen patch) due to her young age, and has yet to feel any symptoms of menopause.

In contrast, Kathy McKernie had a severe case of endometriosis from the age of 13 on. Her doctor only wanted to take “half my stuff out,” she recalls, but she told him he should take out all of it. She had already tried having kids unsuccessfully, even with in-vitro. Her womb was called a hostile environment; nothing was going to grow in there. She has no regrets, and hasn’t experienced menopausal symptoms. Her advice is to get the procedure while young and healthy.

Nicole DeFranco had multiple large fibroid tumors and her period every day for a year. When she was 35, she was told hysterectomy was her only alternative if she wanted to live. She didn’t want one and was very upset. She only had one child and wanted more. She waited a long time because she hoped her condition would improve, but her tumors were too large to do anything else.

Unfortunately, DeFranco experienced complications with her surgery and needed a hysterectomy repair. She was able to keep her ovaries, but no longer has a cervix. “Emotionally, I was upset to never have any more kids,” she says, “but [I’m] happy I never had my period again.” The only thing she would have done differently was not wait so long, because it was inevitable.

Like anything else, it’s important to weigh the positives and negatives, Rachel says. Although she hasn’t felt the symptoms of menopause, she has bone density issues related to the surgery and the resulting hormonal changes, and feels it’s important to look at your overall health. “For me, it was the right decision, but I think it is different for each person,” she says.

Women Who Clean at Home or Work Face Lung Damage

6 Ways Women Can Preserve Memory as They Age