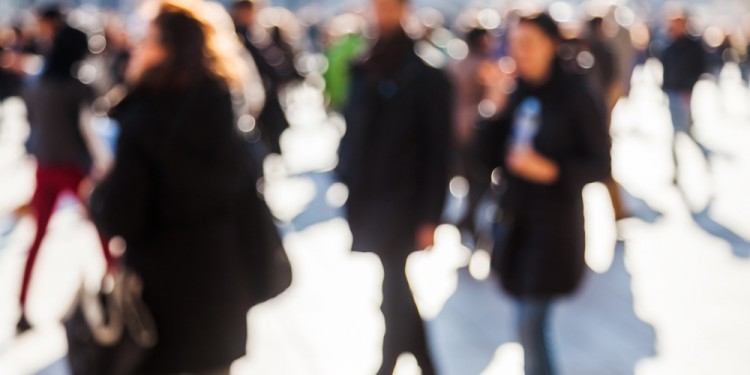 Laine Amoureux has been living with low vision for all of her 31 years. Her description of what it’s like is a bundle of contradictions. Sometimes she feels like she’s in a bubble, like an object of fascination at the zoo. It can be discouraging, frustrating, or embarrassing. But life with low vision can also be invigorating, encouraging, and truly rewarding.

In other words, Amoureux’s world is no different than any of ours.

What is Low Vision?

According to Women’s Eye Health, 124 million people have low vision. Low vision is complex as individuals can have varying amounts of vision and ways of seeing, says the American Foundation for the Blind (AFB). It doesn’t help that terminology describing this condition varies as well, and is often used incorrectly.

The AFB says that approximately 90 percent of people with visual impairment have some functional vision. “Low vision is a term related not only to visual acuity but often includes an individual’s level of visual functioning,” says the AFB, which has a precise definition for someone with a visual impairment who isn’t functionally blind. This would be someone “who has difficulty accomplishing visual tasks – even with prescribed contact lenses – but who can enhance his or her ability to accomplish these tasks with the use of compensatory visual strategies, low vision and other devices, and environmental modifications.”

Two thirds of both blind and visually impaired people are women, the AFB says. And only nine percent of American women surveyed were aware that they were at greater risk than men of permanent vision loss, a 2012 study by the National Institutes of Health and Prevent Blindness found.

Dr. Gloria Fleming, an ophthalmologist at the Ohio State University Medical Center, says there are several reasons why women are more likely to lose their vision than men. Because women live longer, they’re more likely to be affected by chronic conditions. They also face socio-economic barriers that may affect access to good eye health care. Women also tend to be more affected by autoimmune diseases and are at great risk for heart disease, stroke, and diabetes, all of which can cause vision loss.

Neva Fairchild, 58, has never had good vision. What she had as a child has deteriorated, so now all she sees are shapes, shadows, lights, and darks, but no details. Her biggest challenge is efficient transportation. “I use the paratransit [specialized, door-to-door transport service for people who can’t ride fixed-route transit] service to get where I need to go, but often I am late because of it, or I spend inordinate amounts of time getting from one place to the next,” she says. Reservations must be made in advance, between 8-5, and only during the week. Fairchild is lucky enough to have family and friends to drive her when time is of the essence.

Amoureux, who was born with retinitis pigmentosa, says the attitudes and beliefs others have about her abilities make up one of her biggest challenges. It’s not unusual for people to talk to her companions instead of her, or for perfect strangers to assume she needs help. “In one instance, I was taken across a street I did not want to cross, against the light,” she says.

Accessing print information is difficult, says Amoureux. “From the time the alarm goes off in the morning to the time we turn out the light, we are flooded with valuable visual information,” she says. “That information could be as simple as identifying which bottle is shampoo in the shower or checking the measurements on the oatmeal container [for] breakfast.”

Mobility and orientation are troublesome aspects of navigating a physical environment. Amoureux is unable to read signs or see the lights change. “When environments are too chaotic, it is difficult to use the mobility aids [walking cane] effectively because of poor orientation to the surroundings, and loud noises, haphazardly placed displays and other obstacles can make orientation tricky,” she says.

Low-tech tools and strategies for coping with low vision means having high contrast measuring cups/spoons in the kitchen and tactile markings or Braille labels, says Amoureux.

Higher-tech solutions include Braille displays, screen magnification software, optical character recognition to scan and read print, audio labeling systems to keep documents organized, and features on smartphones like VoiceOver and zoom. The list of apps is only increasing. A couple apps that Amoureux likes are RedLaser for grocery shopping, and Seeing Eye GPS for orientation.

Then there’s the Internet. Because a large volume of information on the web is visual, people with low vision use a screen reader, which reads information out loud. The problem is, screen readers can only read text – which is why it’s important to make websites accessible.

If Fairchild had to give up all the aids she uses, however, she’d stick with her seeing-eye dog, which guides her safely wherever she goes.

It’s clear that people with low vision generally know their limitations and when to ask for help. They can also be pretty self-sufficient. For Fairchild, living with low vision is normal. “It’s doing things differently than others do them, but nevertheless doing the things I need and want,” she says. “It’s also explaining to others that I can do things. There are many, many things I can do when given the chance.”

Indeed, it’s all a matter of perspective. Amoureux sums up life with low vision perfectly: “I get up, go to work, manage a household, care for my service dog and pets, have hobbies, and enjoy activities with friends and family. How is this different from living with sight?”

Age-Related Macular Degeneration: a Frustrating Condition to Live with and Treat

Diabetic Retinopathy – When Are Women at Greater Risk?