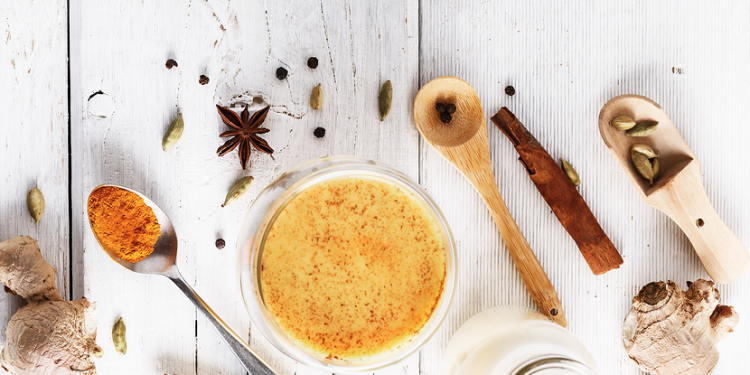 You may have heard it called a Turmeric Latte, Haldi Ka Dhoodh, Golden Milk, or perhaps Golden Mylk (its vegan moniker.) Whatever you call it, there is no doubt that the earthy, spicy, vibrant drink spiked with turmeric and other spices is a delicious trend. The flush of recent popularity is amusing to some who grew up in Indian households, where turmeric in hot milk was a cure-all prescribed by mothers and grandmothers. Turmeric has a long history in Ayurvedic medicine, as well as Indian cuisine. It imparts a brilliant orange color and a bitter flavor. Curcumin is the compound in Turmeric that interests modern medical researchers. While it is traditionally believed that turmeric reduces inflammation, the National Center for Complementary and Integrative Health at the NIH cautions that there is not yet sufficient research to support the claim. However, other benefits are hesitantly endorsed, such as a reduced post-surgical heart attack risk, osteoarthritis knee pain reduction, and skin-soothing abilities during some radiation treatments. Much research is ongoing and a reasonable amount of turmeric consumption is considered safe. Enjoy the spice in your food and drinks or in a supplement form. Read more here.

The recipes for Turmeric Latte are many and varied. They require a liquid, but that can range from dairy milk, to almond, oat or coconut milk. Turmeric is, of course, the starring player, but many warm spices show up in supporting roles. Cinnamon, ginger, cardamon, Chinese five-spice, vanilla and nutmeg are all common additions. Don’t forget a pinch of pepper, it is necessary for the body to absorb the curcumin.

Start your journey to developing your personal Turmeric Latte recipe with the lovely version featured at HeavenlynnHealthy.

The National Headache Foundation: Promising Drugs on the Horizon

The Foundation for Women’s Cancer: Helping to Save Women’s Lives, a Q&A 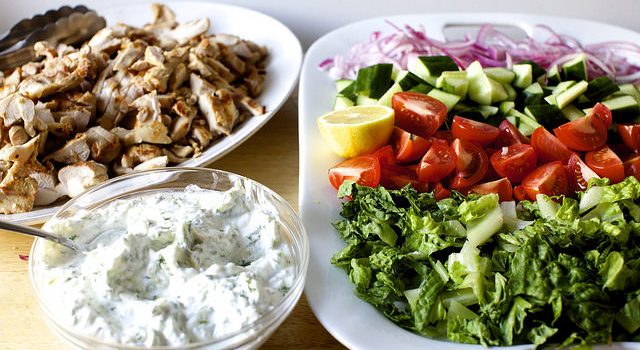