YOU ARE HERE:Home » In the News » Music-Based Treatment for Anxiety in Alzheimer’s
In the News

Music-Based Treatment for Anxiety in Alzheimer’s 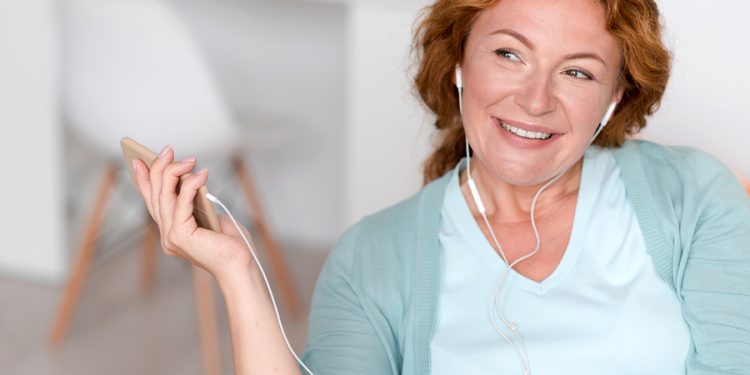 Ever get chills listening to a particularly moving piece of music? You can thank the salience network of the brain for that emotional joint. Surprisingly, this region also remains an island of remembrance that is spared from the ravages of Alzheimer’s disease. Researchers at the University of Utah Health are looking to this region of the brain to develop music-based treatments to help alleviate anxiety in patients with dementia. Their research will appear in the April online issue of The Journal of Prevention of Alzheimer’s Disease.

“People with dementia are confronted by a world that is unfamiliar to them, which causes disorientation and anxiety” said Jeff Anderson, M.D., Ph.D., associate professor in Radiology at U of U Health and contributing author on the study. “We believe music will tap into the salience network of the brain that is still relatively functioning.”

Previous work demonstrated the effect of a personalized music program on mood for dementia patients. This study set out to examine a mechanism that activates the attentional network in the salience region of the brain. The results offer a new way to approach anxiety, depression and agitation in patients with dementia. Activation of neighboring regions of the brain may also offer opportunities to delay the continued decline caused by the disease. 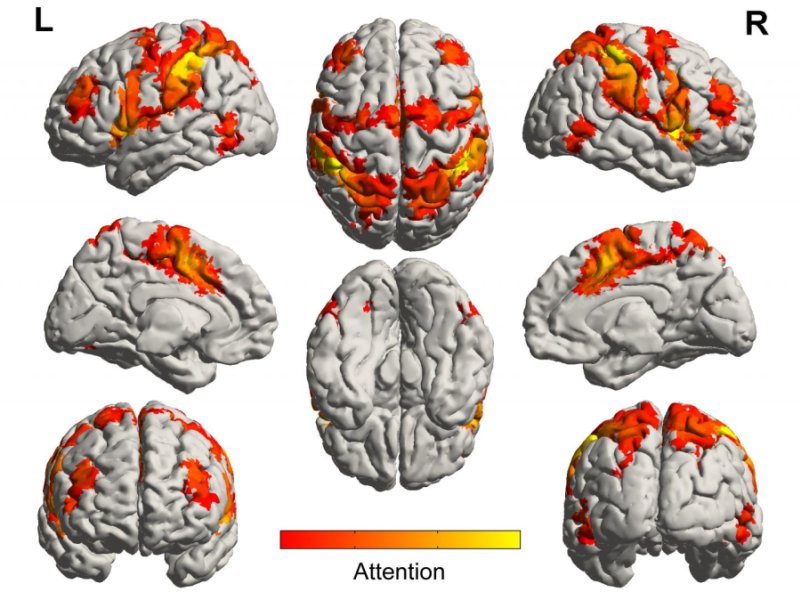 This is a diagram of brain networks involved in processing attention.

For three weeks, the researchers helped participants select meaningful songs and trained the patient and caregiver on how to use a portable media player loaded with the self-selected collection of music.

“When you put headphones on dementia patients and play familiar music, they come alive,” said Jace King, a graduate student in the Brain Network Lab and first author on the paper. “Music is like an anchor, grounding the patient back in reality.”

The researchers found that music activates the brain, causing whole regions to communicate. By listening to the personal soundtrack, the visual network, the salience network, the executive network and the cerebellar and corticocerebellar network pairs all showed significantly higher functional connectivity.

“This is objective evidence from brain imaging that shows personally meaningful music is an alternative route for communicating with patients who have Alzheimer’s disease,” said Norman Foster, M.D., Director of the Center for Alzheimer’s Care at U of U Health and senior author on the paper. “Language and visual memory pathways are damaged early as the disease progresses, but personalized music programs can activate the brain, especially for patients who are losing contact with their environment.”

However, these results are by no means conclusive. The researchers note the small sample size (17 participants) for this study. In addition, the study only included a single imaging session for each patient. It is remains unclear whether the effects identified in this study persist beyond a brief period of stimulation or whether other areas of memory or mood are enhanced by changes in neural activation and connectivity for the long term.

“In our society, the diagnoses of dementia are snowballing and are taxing resources to the max,” Anderson said. “No one says playing music will be a cure for Alzheimer’s disease, but it might make the symptoms more manageable, decrease the cost of care and improve a patient’s quality of life.”

How 3D Printing Could Change How We Eat