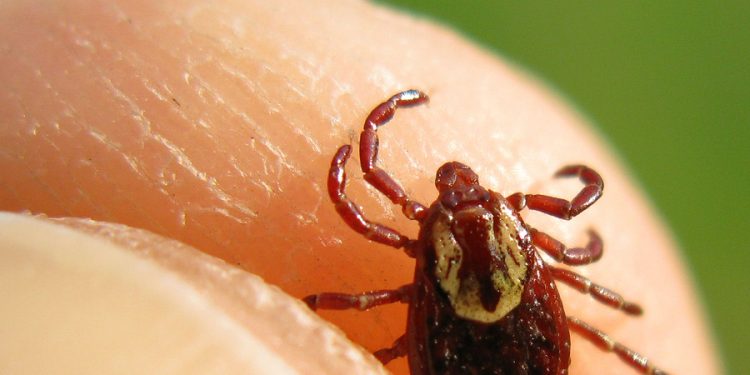 Dana Parish, an American singer songwriter, lived through a frustrating and frightening experience with Lyme Disease in 2014. Regardless of her early diagnosis and treatment, she developed debilitating symptoms. She wrote about her exhausting, but persistent efforts to find the cure that she needed for the Womenshealth.gov blog.

A July 2014 wedding on Long Beach Island, N.J., was the start of my nightmare.

It was a beautiful weekend filled with love for two of our dearest friends, who were, after 14 years together, finally legally able to marry. There was lobster and champagne and a crazy Gordon Gekko-style house on the beach. I sang a few songs, made a toast, and cried happy tears.

I woke up two days later, back home in New York City, with a crushing head and neck ache. It was weird but I figured I would sleep it off and be better in the morning. It took a few days, but I recovered.

That Saturday, I got out of the shower and saw a faint red circular rash on my shoulder with a bug bite in the middle. My knees buckled. I called for my husband, Andy. “HUNNEEEE! I have LYME!” He really didn’t think so. I banged on my neighbor’s door, still in my towel, “Rachel! Look! Lyme!” She told me, “No way.”

But I knew, and I walked to the ER. 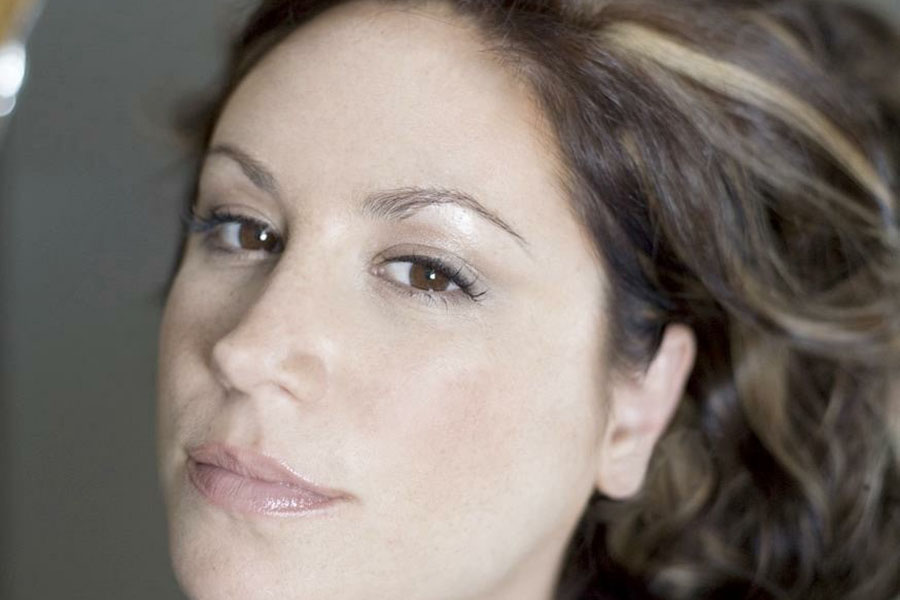 The fresh-faced doc took a quick glance at my shoulder and said it looked like Lyme. She also said to be glad we caught it in time. I filled the twenty-one days of doxycycline she prescribed and fully believed I’d be ok.

I followed-up with an infectious disease specialist a few days later to be safe. He reassured me that I would have no complications since I caught the bite within a week. I was relieved.

A month later, my breast was swollen. I was vaguely aware of a deadly cancer that presents this way, so I rushed to my internist. She sent me to an oncologist who was kind enough to make room for me that day. He did not know why I had this symptom (“too much soy, hormonal, maybe”) but was certain it was not cancer. I saw him two more times to be sure. He was puzzled by my fixation and panic since he had ruled out the worst. So was I.

By November, my arms were profoundly weak. A fork felt like a bowling ball. I noticed my heart was palpitating and racing at night, and I could not fall asleep. Every time I closed my eyes, I saw horrifying faces melting into each other. I told Andy I was seeing monsters. I was suddenly scared to be alone.

The fresh-faced doc took a quick glance at my shoulder and said it looked like Lyme. She also said to be glad we caught it in time. I filled the twenty-one days of doxycycline she prescribed and fully believed I’d be ok.

I went back to my long-time doctor. She believed something was up but didn’t know what. She sent me to a sports medicine doctor who barked, “You’re weak! You need to lift weights!” I told him my sternum was sore. And my ribs. My bones. I asked him to order me a chest wall MRI. He thought I was nuts but did it anyway. I was so weak from the 5-pound weights I lifted in his office that the next morning I couldn’t wash my hair. I whispered to my sister-in-law, “Something is very wrong.”

I went back to the infectious disease doctor and asked if all of this could be related to Lyme. He said, “No.” I told him that I had heard there were Lyme specialists and asked if he could refer me to one. His response made it clear that he was not supportive of going this route.

I saw a second infectious disease specialist, who also claimed that there was no way I still had Lyme. When pressed, he added that he was positive because he “went to medical school” and the antibiotics I took “killed Lyme 100% of the time in the test tube.” Not only did I soon learn that that was completely false, according to a recent study, 36% of patients remain symptomatic after a short course of treatment, like the one I was prescribed.

My radar was blaring.

By now, I was short of breath. I went to a cardiologist who performed an echocardiogram and told me my heart function was at 40%, like “a 70-year-old man’s.” She used the words “heart failure” and said she was not sure why. Tears streamed down my face as I lay there gasping for air.

By now, I was short of breath. I went to a cardiologist who performed an echocardiogram and told me my heart function was at 40%, like “a 70-year-old man’s.” She used the words “heart failure” and said she was not sure why. Tears streamed down my face as I lay there gasping for air.

During Christmas week 2014, I was in California with Andy, resting at our friend’s farm. I was too weak and short of breath to walk from my bed to the car. I couldn’t sleep and stayed up all night crying. I was a shell. I asked Andy to do an online search of all my symptoms and just tell me what’s wrong. I was sure I was dying.

He pulled up a comprehensive online checklist written by a well-known Lyme specialist. I had 37 of the 60 symptoms. Full-blown Lyme. I was enraged and overwhelmed and terrified.

By the grace of God, my friends knew a specialist — a Lyme-literate doctor in San Diego, 4 hours away — who mercifully agreed to see me over the holiday if I could get to him. He examined me and listened to my story, then calmly said, “You have Lyme. Lyme does all kinds of weird things, but you’ll get better. Amazing that I am only the 12th doctor you’ve been to. Most find me somewhere between twenty and a hundred.”

I flew home and started treatment under the care of a Lyme specialist. He clinically suspected that I also had a severe co-infection of Lyme called Bartonella, which, he explained, complicates Lyme and was a possible cause of my heart failure. He ordered a blood test which confirmed a positive diagnosis for Bartonella henselae bacteria. To my detriment, all the others had missed it, delaying my life-saving treatment by five months.

I started on the pulsed, rotating course of long-term antibiotics he prescribed. In days, my muscles and joints calmed down. Within 8 weeks, my brain fog lifted and the melting faces stopped. My heart recovered normal function (70%) by April. I could breathe!

It has been exactly two and a half years since I started proper treatment for Lyme and Bartonella. Although I still take short courses of antibiotics when I begin feeling symptomatic, I am generally about 97% better and have been for over 18 months. I don’t take a single unlabored breath for granted.

This journey has dragged me to the bottom of the ocean. From there, I have climbed to a place of confidence. I learned to trust the wisdom of my body and my own gut reactions. If a doctor gives me answers that don’t resonate, I push for better answers.

Now, when I counsel other patients who are suffering as I did, I emphasize that they should do the same — keep pushing until they get to the truth. Lyme and its associated diseases can be harrowing, but there’s nothing quite like beating it and finding your way back to better health.

Why Are Women More Likely to Suffer Back Pain?

How to Avoid Heat Illness This Summer—Women More at Risk!