YOU ARE HERE:Home » Wellness » On the Ballot: Medicinal Marijuana, Yay or Nay?
Wellness

On the Ballot: Medicinal Marijuana, Yay or Nay? 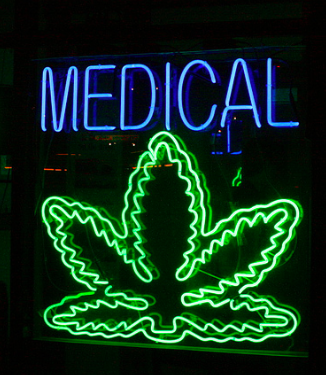 Boy, there is nothing like an election to fire people up on health issues. Of course there’s always talk on how government plays in to healthcare, however, there’s one health topic this go-around that definitely took center stage for everyone’s opinions and philosophies: the legalization of medical marijuana.

Now, before we dive a little deeper, this isn’t a post on why marijuana should or should not be legalized. This is merely an informational post with the intention of providing our readers more knowledge on a subject that the majority of the population hasn’t experienced first hand (that experience being prescribed use of marijuana to treat a medical condition).

So Here’s the News:

On November 4, 2014, Florida’s Amendment 2 narrowly escaped the legalization of medical marijuana. Amendment 2 received 50 percent of the vote, however a 60 percent vote is needed for approval.

Currently, 23 states and the nation’s capital already have legalized the medical use of marijuana, and just last night, Washington, D.C., Oregon, and Alaska approved recreational possession and use by adults.

This shows that although medical use has not swept the entire country (but nearly half of it), the passing of more states approval on recreational use will eventually lead to the majority of the country approving of medical usage.

Why is Marijuana Legalization Seen by Some as Taboo?

There’s arguments on both sides with some people claiming that if alcohol can be legal, why can’t marijuana for medicinal or recreational purposes be okay? This argument also brings along talk of how legalization would both boost the economy and provide opportunities for  people with conditions where marijuana may be beneficial to have the choice on using marijuana, or being prescribed more medications to combat side affects of various conditions and treatment drugs.

Then there’s the side that says legalizing use of marijuana legally or recreationally opens up a gateway for increased use among youth, plus it provides an opportunity for marijuana to be overprescribed or get in to the wrong hands on a more frequent basis. There’s also questions regarding regulation of distribution and if there are long-term affects of marijuana use, which isn’t completely clear.

Out of the 23 other state laws marijuana can be used to treat various conditions such as:

So give us your thoughts, do you think marijuana should be legalized across the entire country for medicinal use? Do you have personal experience with this topic that sways your decision?

Keeping the Flu Away from You

The Surprising At-Home Solution to Relieve Your Chronic Pain