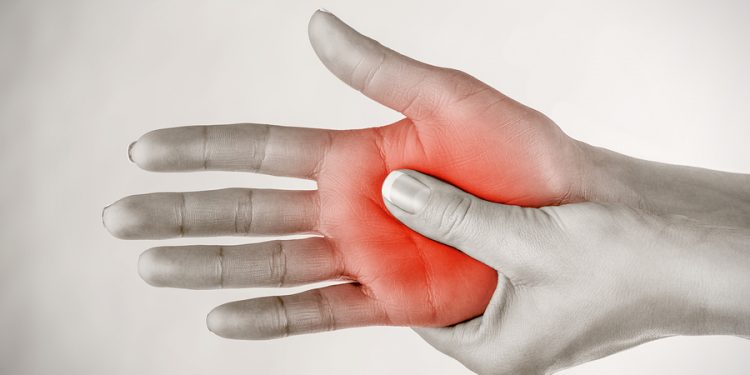 The Centers for Disease Control and Prevention (CDC) notes that the prevalence of rheumatoid arthritis (RA) may be increasing, at least among women.

In 2005, for instance, studies showed that it had gone up from 0.8 percent in 1995 to one percent in women, while the prevalence among men had stayed the same. A study out of Canada also showed an increase from 1996 to 2010.

Why would this be? Some think it’s because we have gotten better at diagnosing the disease, but others think it may be because of environmental changes such as the following:

Whatever’s causing the rise, RA remains a difficult disease, and like most, affects women differently than men.

What is Rheumatoid Arthritis (RA)?

RA is an autoimmune disease—the result of the immune system malfunctioning. Instead of protecting the joints and tissues as it should, it attacks them instead.

Over time, without treatment, the damage can spread to the cartilage and bones, resulting in loose and unstable joints. Deformity may develop, and more quickly than you might think, which is why doctors recommend early diagnosis so that treatment can begin as soon as possible.

As the cells go to work trying to get rid of “invaders” in the joint area, they cause inflammation in the lining (called the synovium), which results in swelling and pain. Since the synovium makes the fluid that lubricates the joints and helps them to work smoothly, this attack makes the joints not only painful, but stiff, and more difficult to move.

Though people with RA most often suffer from pain and swelling in the hands, fingers, and wrists, the disease may affect other areas as well, including the neck, shoulders, hips, knees, ankles, and feet. In some people, the inflammation spreads to damage other systems, including the skin, eyes, lungs, heart, and blood vessels.

Over time, without treatment, the damage can spread to the cartilage and bones, resulting in loose and unstable joints. Deformity may develop, and more quickly than you might think, which is why doctors recommend early diagnosis so that treatment can begin as soon as possible. 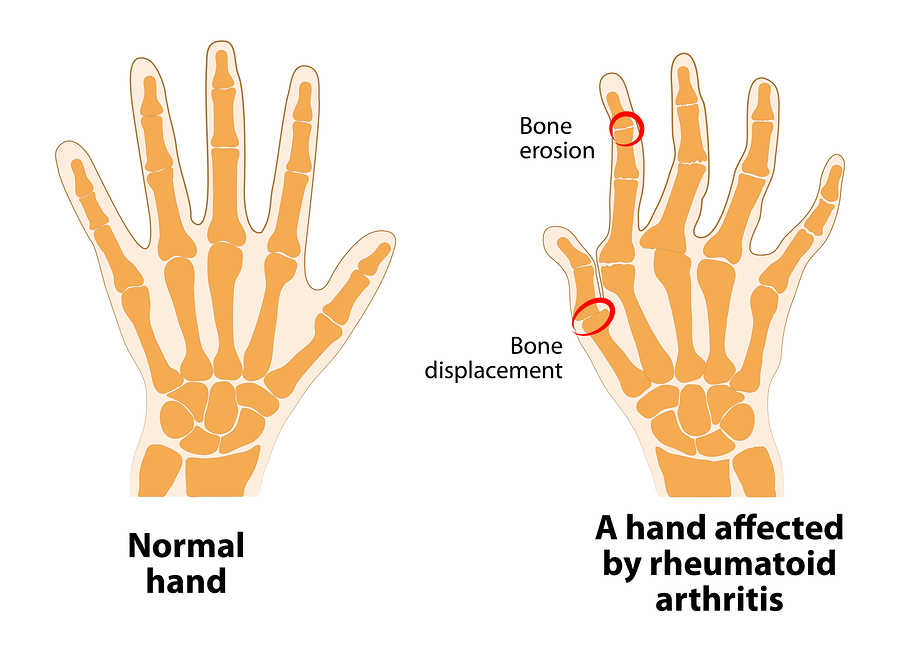 How RA Acts Differently in Women

Though an estimated 50 million adults suffer from arthritis, only about 1.5 million have this form of it (with most of the rest affected by osteoarthritis). Unfortunately, women are affected far more than men, with about three times as many women being diagnosed.

The disease usually shows up between the ages of 30 and 60 in women, while starting later in life for men. Studies have shown that symptoms can vary too, between the genders. It often hits women harder, for instance, causing more symptoms that are more severe.

In 2006, for instance, researchers from the University of California explored the differences between men and women. They looked at data from about 1,000 people who had RA, and found the following:

A later 2009 study also reported on sex differences with RA. They found that on the whole, women with the disease “do worse than men,” and experience poorer functional outcomes. Other studies have shown that men are more likely than women to experience “remission” (absence of symptoms) early in the course of the disease than women.

Do Hormones Have Something to Do with It?

Hormones in women do seem to play a part in RA There are reports that women may get the disease after pregnancy or around menopause, with breastfeeding having a possible protective effect.

A 2008 study noted that when women are producing more estrogen and progesterone, they seem to be more protected from RA. Women reported decreased symptoms during the postovulatory phase of the menstrual cycle and during pregnancy, when these hormones are higher. In contrast, symptoms flared in the postpartum period when levels of these hormones fall.

Old oral contraceptives seem to have been protective, because they delivered higher doses of estrogen. We also know that women are more likely to be diagnosed between the ages of 45 and 49, “suggesting an influence of perimenopausal hormonal changes,” according to researchers. Some studies have suggested that women who have early onset menopause (before age 45) may be more likely to develop RA.

Still, other research has produced conflicting results, and we don’t have all the answers yet. What we do know is just like heart disease and other serious conditions, RA acts differently in women. As scientists learn more about these differences, they may be able to offer women more relief. 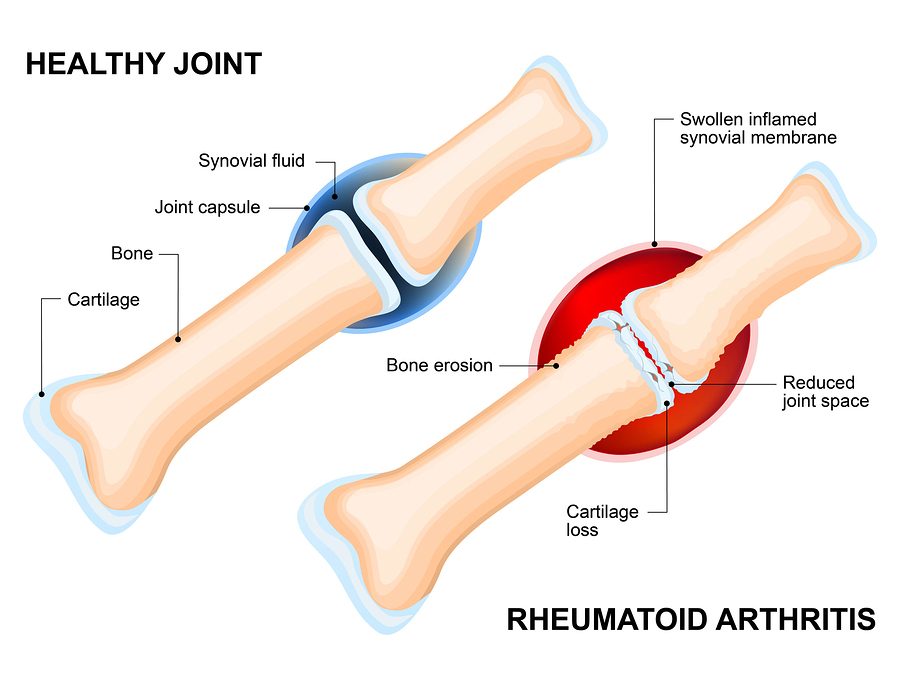 Currently, there is no cure for RA, and there is some evidence to suggest that men and women may respond differently to treatment.

In one recent study, for example, researchers found that men responded better to methotrexate, one of the leading drugs used to treat RA, than women did. (They also found that people who took the drug earlier in the course of the disease did better than those who waited until later.) A 2012 study from Denmark also reported that men who had early RA responded much better to treatment than women with early RA.

“We still need to do further work to understand why women respond so differently,” said lead researcher Damini Jawaheer.

An earlier study also reported that women seemed to have less access to health services for RA, and that they were less likely to achieve aggressive treatments like methotrexate and anti-tumor necrosis factor (anti-TNF) drugs by 30 to 50 percent.

Standard treatments today include disease-modifying antirheumatic drugs (DMARDs), which slow the progression of the disease and help protect the joints from permanent damage, and biologic agents, which target the immune system to reduce its ability to attack and inflame.

Because the disease has no cure, doctors focus on slowing down the progression and reducing symptoms. They usually try to start medical therapy as soon as possible, before the joints have suffered too much damage.

Some women have found relief with alternative treatments as well, including the following:

Since we’re still waiting for science to discover more about how RA acts differently in women, for now, the important thing is for women to be their own best health advocates. If one treatment isn’t working, don’t be afraid to talk to your doctor about your alternatives. Though we have no cure for the disease, there are a number of new drugs on the market, and more in the works, so it’s always worthwhile to ask.

Then, consider the alternative treatments as adjuncts to your standard medical treatment. A number of women have found that meditation, in particular, and tai chi, can be extremely helpful in restoring movement and comfort in the joints.

“Rheumatoid Arthritis Incidence on the Rise in Women,” MedScape, http://www.medscape.com/viewarticle/722944.

“The Gender Gap: How RA Differs in Women,” WebMD, http://www.webmd.com/rheumatoid-arthritis/ra-and-women.

“Why Do Women Suffer More from Rheumatoid Arthritis than Men?” Science20.com, January 13, 2009, http://www.science20.com/news_releases/why_do_women_suffer_more_rheumatoid_arthritis_men.

Update on Zika: Do Women Need to be Worried about Bites in the U.S.?

See What You Eat? Foods Have an Important Effect on Your Eyesight