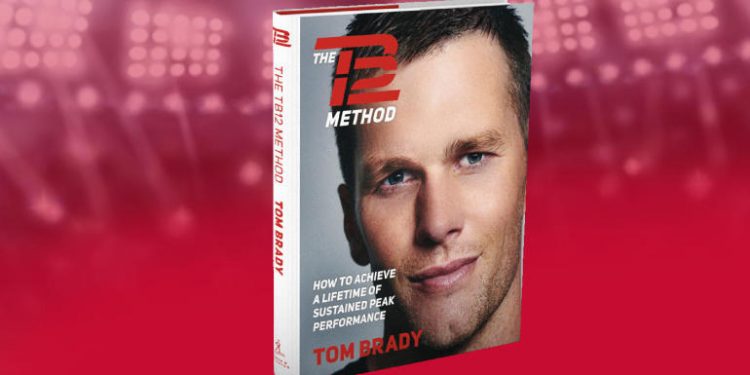 New England Patriot’s Tom Brady is the first quarterback in NFL history to win five Super Bowl championships. Having just turned 40 years old in August 2017, he continues to be at the top of his game, and hasn’t missed a start due to injury since 2001. He’s stated that he wants to continue playing for six or seven more years, which could put him in the running to become the oldest quarterback in NFL history.

Just what is Brady’s secret to success and longevity? Many have noted his unusually strict diet, and soon, experts and fans alike will be granted a unique glimpse into just what Brady eats to fuel his athletic prowess.

The TB12 Method: How to Achieve a Lifetime of Sustained Peak Performance is slated for a September 19, 2017 release, and sports nuts and health enthusiasts alike are clambering in the pre-order line. Dubbed the “athlete’s Bible,” the book promises to reveal Brady’s “revolutionary approach to sustained peak performance,” which purportedly challenges “some commonly held assumptions around health and wellness.”

Though we couldn’t get our hands on an early copy, we can give you a peek inside what the book may contain, based on what Brady has stated in the past. Is the TB12 Method something that could benefit women, athletic or not?

Brady Says the Book is for “Anyone”

One thing Brady emphasizes is that the book can benefit a wide range of people. On his Instagram page, he stated that the TB12 method is something he’s developed over the past 12 years of his career, and that it will “benefit ALL people regardless of age, athletic level, or stage of life.”

He adds that the book helps explain why he feels better now than he did when he was 25, and that whether you’re a “high school, college, or pro athlete, a coach, a farmer, an executive, a teacher, a doctor, a student, a parent, a graphic designer, ANYONE—I know the methods in this book can be a blueprint to better understanding how to maintain peak mental and physical fitness for the rest of your life.”

That’s a really big promise. Will the book live up to it? It’s difficult to tell at this point (though it’s already reached bestseller status while still in pre-order). What we can tell you is that the diet Brady is on is quite restrictive, and may not be something that a hard-working woman can sustain.

What You Can’t Eat on Tom Brady’s Diet

If you like tomatoes, you’re not going to be happy with Brady’s recommendations. Same for peppers, mushrooms, and eggplants.

In an interview with Allen Campbell, Brady’s personal chef, Boston Globe reporter Hilary Sargent discovered that the Brady’s diet is 80 percent organic vegetables, with the rest made up of whole grains, grass-fed organic beef, duck, chicken, and wild salmon.

He’ll use raw olive oil, but refuses to cook with it. He uses coconut oil instead, noting that fats from other oils turn into trans fats when heated to certain levels. Is this true?

Sounds like a typical healthy diet, similar to what most doctors would recommend for anyone wanting to avoid heart disease, diabetes, and cancer. Then we get to what the Brady doesn’t eat: no white sugar of any kind—again, a healthy option for anyone—and no white flour, because it breaks down quickly and spikes blood sugar levels. Again, it all sounds perfectly reasonable, and is similar to what we’ve all been told about eating healthy. But then we get to the more specific items that are off the list.

Chef Campbell says, for example, that olive oil is out when it comes to cooking. He’ll use raw olive oil, but refuses to cook with it. He uses coconut oil instead, noting that fats from other oils turn into trans fats when heated to certain levels. Is this true?

While cooking can change the chemical makeup of an oil, using cooking oil to fry foods doesn’t significantly affect trans fats levels. Researchers actually tried it and reported in a 2012 study that baking and stir-frying at normal and/or extreme temperatures “do not significantly affect the amounts of trans fats,” even when the oil was smoking heavily before the food was placed in it.

Trans fats are formed during partial hydrogenation of an oil, in which food chemists add hydrogen atoms into liquid unsaturated oils to make them semi-solid. This lengthens shelf-life, but it does create a more dangerous, damaging type of fat strongly linked to heart disease.

Cooking with an oil does not produce the same effect. High-heat cooking can, however, destroy some of the oil’s beneficial ingredients. Olive oil, for example, has a lot of healthy omega-3 fatty acids as well as flavonoids, vitamin E, and other nutrients that can dwindle if the oil is heated past it’s “smoke point.” Yet overall, olive oil is pretty heat stable and can retain its beneficial nutrients up to 350 degrees Fahrenheit. 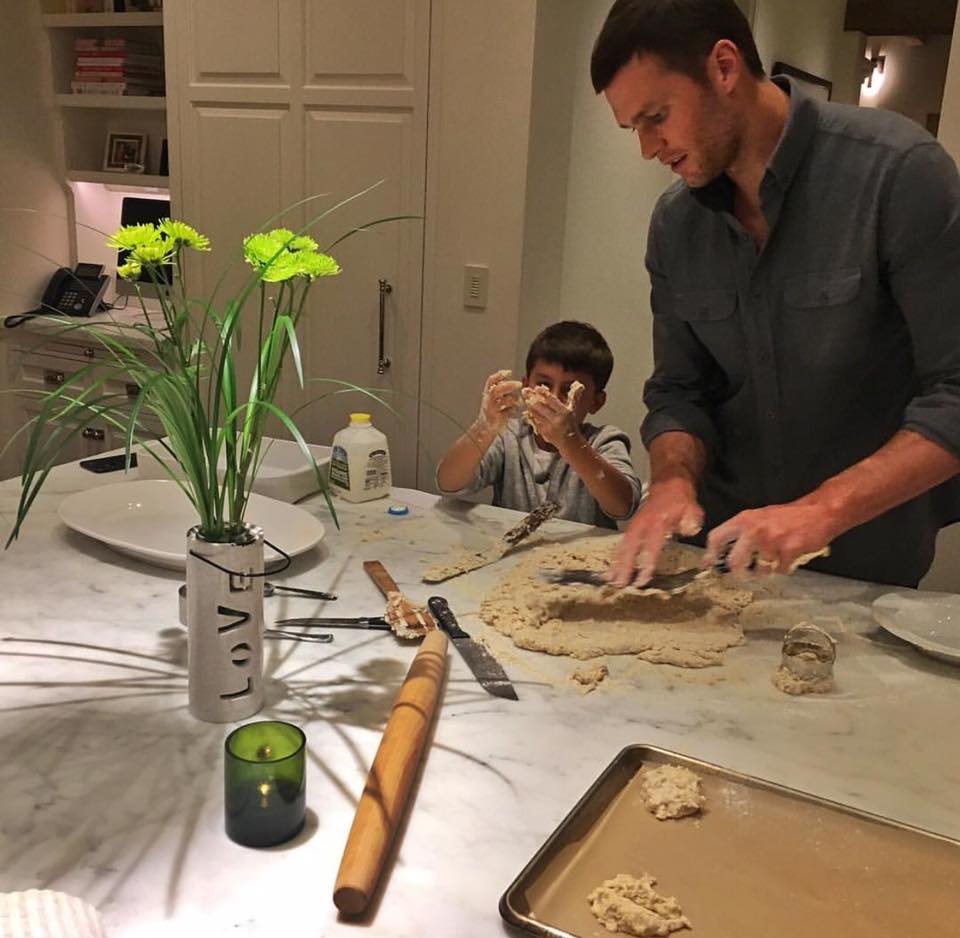 The other item Brady leaves off the menu is a group of vegetables called “nightshades.” These are all from the Solanaceae plant family, and include things like tomatoes, eggplants, bell peppers, and white potatoes (not sweet potatoes or yams). Because they are all part of the same species, they share some characteristics, including the fact that they all produce an alkaloid compound called “solanine” (thus, the botanical name of the species).

Mike Roussell, who has a Ph.D. in nutrition, argued this point in USA Today. He noted that Brady’s diet is not based on actual science, and stated that Chef Campbell’s tendency to avoid tomatoes because they “cause inflammation” makes no sense.”

Alkaloids are natural substances in food that contain nitrogen atoms. They have been linked with many health benefits, and have been found to help relieve pain, kill cancer cells, calm asthma, and kill bacteria.

Yet there is a pervasive myth that alkaloids in nightshades can cause inflammation. Though high levels have been tied to digestive upset, we have no large, well-designed studies linking nightshades to inflammation. In fact, most studies show just the opposite—alkaloids are frequently found to tame inflammation and to relieve pain. A 2011 study, for example, actually showed that consuming yellow and purple potatoes lowered blood markers for inflammation. One study even found that alkaloids could help prevent memory loss associated with Alzheimer’s disease.

Some people may be sensitive to alkaloids, similar to how some people are sensitive to gluten, and may report feeling better after eliminating nightshades. It’s easy to try it—just avoid eating these foods for a couple weeks and see how you respond. Overall, however, women have no reason to fear them.

Mike Roussell, who has a Ph.D. in nutrition, argued this point in USA Today. He noted that Brady’s diet is not based on actual science, and stated that Chef Campbell’s tendency to avoid tomatoes because they “cause inflammation” makes no sense:

“That makes literally zero sense. Tomatoes are the richest source of lycopene, a powerful antioxidant. A 2012 study published in Molecular Nutrition & Food Research showed that a meal containing tomatoes reduced levels of inflammation and oxidation following a meal.”

The arthritis foundation states that nightshades are high in nutrients, and that though some people may be sensitive to the alkaloids, most should not feel they have to avoid them. Brady’s chef, however, keeps them off the quarterback’s menu.

Brady also avoids coffee, caffeine and dairy, which many people with various sensitivities may do, but women may be surprised to learn that he also avoids fruits, on the whole. Campbell noted that he will eat bananas in a smoothie, but otherwise, “he prefers not to eat fruits.”

We’re not sure why, but suspect it’s because fruits are often high in natural sugars, and Brady likes to avoid sugar. Yet fruits contain a plethora of nutrients, too, and are lumped in with vegetables as the healthiest foods we can consume.

Should women follow Brady’s lead and avoid them? We think not, though balancing them out with healthy green veggies is always a good idea.

Considering what we know about Brady’s nutritional philosophy, should women try to follow the TB12 Method?

It’s an individual choice. Brady is talking about what works for him, and obviously, whatever he’s doing it working. But we do have to remember that he’s able to afford a personal chef, that he works out at least twice a day, and that in general, he’s got a few more advantages when it comes to staying in shape than the rest of us do.

It’s an individual choice. Brady is talking about what works for him, and obviously, whatever he’s doing it working. But we do have to remember that he’s able to afford a personal chef, that he works out at least twice a day, and that in general, he’s got a few more advantages when it comes to staying in shape than the rest of us do.

What’s really contributing to his athletic success? Eating a lot of healthy vegetables is always a good idea, as is getting regular exercise. Thriving in one’s career, and enjoying the help and support of others around you is great, too.

You may achieve the promised “peak performance” if you invest in Brady’s book, but then again, you may do just as well by following a healthy diet and exercise regimen of your own. We all know how extremely restricted diets can backfire (where are the brownies????).

In the end, we encourage you to make little changes in your daily life that you can manage. Cutting out all white sugar may not be reasonable, for example, but anyone can choose sparkling water over soda, or apple slices over a cookie.

Brady says that his book will “make a big difference in your health, well-being, energy, vitality,” but you don’t need a severely restricted diet to make a difference. One good choice a day can do that.

“Which foods are classified as ‘nightshades,’ and is it true that foods from this group can potentially contain problematic substances?” WH Foods, http://www.whfoods.com/genpage.php?tname=george&dbid=62.

“The Truth About Nightshades and Arthritis,” Arthritis Foundation, February 21, http://blog.arthritis.org/living-with-arthritis/nightshades-arthritis/.

The Best Medicine for Anti-Inflammation… Is This Menu!