YOU ARE HERE:Home » In the News » Study Highlights 10 Most Unnecessary and Overused Medical Tests and Treatments
In the News 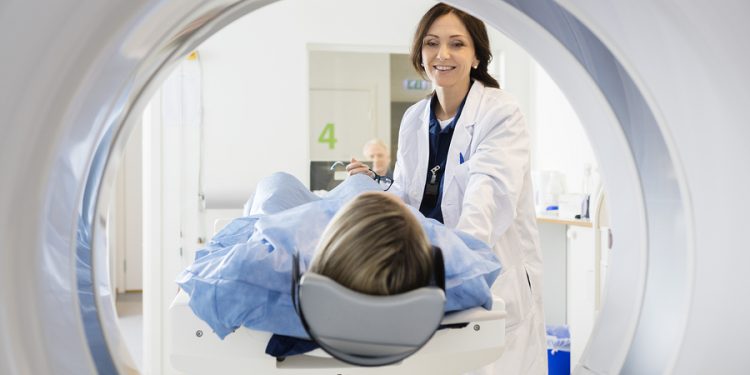 Unnecessary medication. Tests that don’t reveal the problem, or uncover a “problem” that isn’t really there. Procedures that have more risk than benefit. A new study by researchers at the University of Maryland School of Medicine highlights some of the most egregious examples of medical overuse in America. The goal is not to shame anyone, but to make healthcare more effective and efficient.

“Too often, health care practitioners do not rely on the latest evidence and their patients don’t get the best care,” said Daniel Morgan, associate professor of epidemiology & public health and infectious diseases at UM SOM. “Hopefully this study will spread the word about the most overused tests and treatments.”

The paper appears in the most recent issue of JAMA Internal Medicine.

The 10 overused tests and treatments are:

Transesophageal Echocardiography: TEE is an invasive test that is used to diagnose heart issues that could lead to stroke. Although the test has a reputation for being more sensitive, a recent study found that it does not improve outcomes over a more simple test. Because it is an invasive procedure that requires sedation, it poses increased risks for patients compared to other alternatives.

Computed Tomography Pulmonary Angiography (CTPA): the use of this test in emergency departments has increased markedly in recent years. It is used to help diagnose pulmonary embolism, the blockage of a blood vessel in the lung. Researchers found that the test is overused compared to less risky tests. Overuse of CTPA is likely to result in delays, higher costs, and patient harm from unnecessary exposure to radiation and contrast dye.

Computed Tomography in Patients with Respiratory Symptoms: computed tomography, a high-tech scanning technology, is increasingly used in patients with respiratory symptoms. The study found that it was over used in patients who had non-life-threatening respiratory symptoms. In these cases, CT does not improve patient outcomes and could lead to false positive results. It also poses risks for patients, exposing them to radiation, with between 1.5 and 2 percent of all cancers in the U.S. attributable to radiation from CT.

Carotid Artery Ultrasonography and Stenting: this study found that more than 90 percent of carotid ultrasonography for patients without symptoms, who end up having stents or surgery, is performed for uncertain or inappropriate indications. This suggests that many of these procedures may be unnecessary. Given the risk of stenting or surgery, this indicates that the test and the procedure are likely both overused.

Aggressive Management of Prostate Cancer: a study of men who had prostate cancer surgery after being diagnosed through a blood test found that the rate of cancer -related death was 1 percent, with no difference between the groups who had been treated and those who had not been treated. Given that prostate cancer treatments can significantly increase erectile dysfunction and other problems, this suggests that the risks of treatment may outweigh the benefits in many men. The researchers argue that blood tests for prostate cancer should generally be avoided because they are more harmful than beneficial.

Supplemental Oxygen Does Not Help Patients with COPD and Moderate Lack of Oxygen: this study found that giving extra oxygen to patients with the lung illness chronic obstructive pulmonary disease, who had only mild oxygen deficit, did not improve quality of life or lung function.

No Benefit to Surgery for Meniscal Cartilage Tears in the Knee: this research found that having surgery for a meniscus tear did not improve symptoms, even for patients who had clicking in the knee. Because of fewer risks and lower costs, conservative management and rehabilitation are a more effective strategy, the researchers argued.

Little Benefit to Nutritional Support in Medical Inpatients: Malnutrition may be associated with worse outcomes for hospital patients. But this study found that giving critically ill patients nutritional intervention, generally oral feeding, made no difference in overall death rate or length of stay in the hospital. The researchers concluded that nutritional support should not be routinely used because it did not have a benefit for patients.

Strategies to Reduce Overuse of Antibiotics: Up to half of all antibiotic use is inappropriate, exposing patients to the risk of adverse drug events, and increasing the overall risk of resistant bacteria. This study examined several methods to reduce the rate of antibiotic prescriptions by doctors. The most effective approach was to show doctors comparisons to their peers who prescribed correctly. In this group, inappropriate prescriptions dropped from nearly 20 percent to less than 4 percent. In this context, peer pressure can be effective, it appears.

Reducing the Use of Unnecessary Cardiac Imaging: Advanced cardiac imaging for patients with chest pain has more than tripled over the past decade. Many low-risk patients may receive noninvasive testing that could lead to unnecessary hospitalization and intervention. A study in which doctors and patients shared decision-making over whether or not to test found that this approach reduced the number of tests.

COPD Kills More Women Than Men In The US