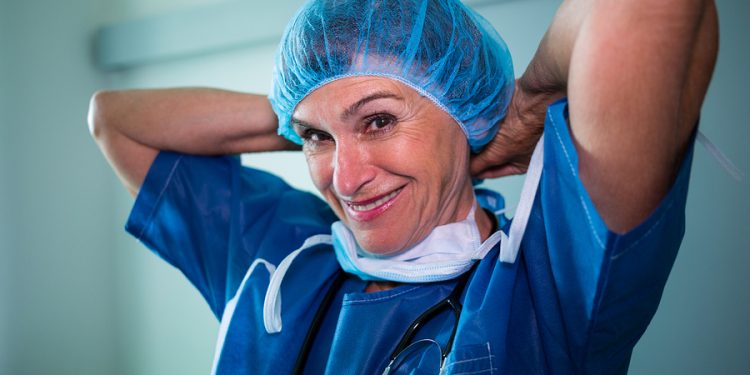 Written by Nicole Fawcett, manager of cancer communication for the University of Michigan Comprehensive Cancer Center

The procedure, called contralateral prophylactic mastectomy or CPM, involves removing both breasts even when cancer is found only in one. It is seen to be strongly driven by patients’ preferences.

A new study, published in JAMA Surgery, finds that surgeons had the strongest influence on the likelihood of a woman having CPM.

“Surgeons have huge influence on treatment, and with that comes ultimate responsibility to get it right with patients, even with a procedure that seems to be driven largely by patient preference,” says senior study author Steven J. Katz, M.D., MPH, professor of medicine and of health management and policy at the University of Michigan.

Researchers surveyed 3,353 women with early stage breast cancer and matched them to 349 surgeons, who were also surveyed. About 16 percent of the women reported receiving CPM.

Surgeons were asked to assess a typical patient scenario and indicate what treatment they would recommend. From there, the researchers categorized surgeons based on most to least likely to favor breast conservation.

Surgeons also indicated whether they would perform CPM if the patient requested it. Responses were categorized based on most to least likely to perform the procedure.

The researchers found the surgeons’ attitudes had a large impact on whether the patient received CPM.

“Two attitudes seem to explain the difference: how strongly the surgeon favors breast-conserving surgery and how reluctant the surgeon is to perform CPM,” Katz says.

For most women with early stage breast cancer in one breast, removing the unaffected breast does not improve survival. Many experts question whether CPM in these women is overtreatment.

“That difference is huge. Even for a procedure that is very patient-driven, we see that surgeons account for a lot of the variability in the community, and those surgeon attitudes really matter in terms of whether a patient does or does not get CPM,” Katz says.

The three most common reasons surgeons reported for performing double mastectomy if the patient requested it were to give patients peace of mind, avoid conflict and improve cosmetic outcomes.

For most women with early stage breast cancer in one breast, removing the unaffected breast does not improve survival. Many experts question whether CPM in these women is overtreatment.

“If a patient does not feel 100 percent confident with what their doctor is discussing and recommending, they should seek a second opinion,” Katz adds.