The American Heart Association: The Beat Goes On 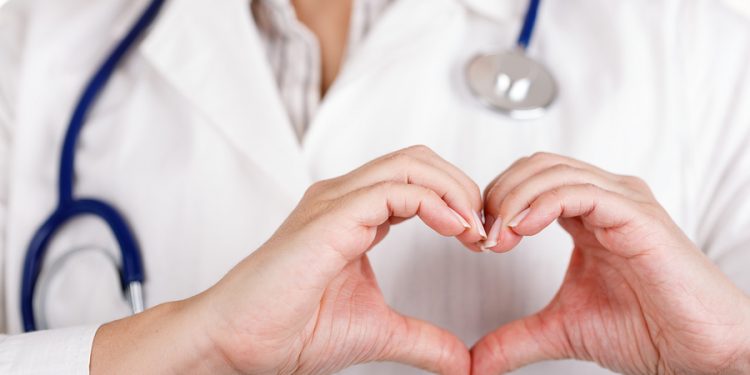 The Grim Reaper was busy at the end of 2016, taking away many celebrities who died of heart disease. However, the news didn’t come as any surprise to the American Heart Association, because the holiday season tends to bring about more heart-related deaths than any other time of year.

Heart disease is the leading cause of death for both men and women. Despite increasing awareness, only 54 percent of women recognize that heart disease is their number one killer, according to the Center for Disease Control. Even more disturbing is that almost two-thirds of women who die suddenly of coronary heart disease have no previous symptoms.

Despite increasing awareness, only 54 percent of women recognize that heart disease is their number one killer, according to the Center for Disease Control. Even more disturbing is that almost two-thirds of women who die suddenly of coronary heart disease have no previous symptoms.

The AHA hopes to change this; the organization is dedicated to fighting heart disease and stroke. To learn about advances in 2016 and what’s on the horizon, WomensHealth.com looked to the AHA.

WomensHealth.com: Tell us about 2016. What research is the American Heart Association excited about? What new therapies or drugs are available that our readers should know about?

American Heart Association: We have been compiling an annual list of the top advances in heart disease and stroke science since 1996. In no particular order, below are the organization’s picks for leading research accomplishments for 2016 (also viewed on the website).

For some high-risk groups, additional therapies help prevent a second stroke
Previous research has shown that for patients who hope to prevent a second stroke, “aggressive medical management” — treating and controlling high cholesterol, high blood pressure and blood sugar, as well as lifestyle behaviors such as smoking cessation and exercise — is better than opening blocked vessels in the brain with a tiny mesh tube called a stent.

But a study published in the Journal of American Medical Association identified a subgroup of patients at higher risk for a recurrent stroke despite this medical management – and who need new therapies.

The trial, called SAMMPRIS, looked at patients with a blockage of smaller arteries deeper within the brain. Investigators found that high-risk patients included those who had an old stroke in the area of the blockage, a new stroke or were not on a statin at the time they joined the study.

New possibilities for treating women with heart attacks
A study of men and women with chest pain or heart attack showed some basic differences that could lead to new and better treatments for women. Cardiovascular imaging found differences between each group in the size, location and appearance of plaque. Cholesterol, a fatty material, can combine with calcium and other substances in the blood to form plaque, which can collect in arteries, harden and cause a condition called atherosclerosis. Atherosclerosis is a major cause of heart attack.

The study, in the American Heart Association’s journal, Circulation: Cardiovascular Imaging, found that women had a type of plaque thought to be vulnerable throughout the blood vessels, while in men, they were mostly found in the earliest part of the artery. The way plaques “broke” often was different as well. Men had larger size plaques even though the women in the study had more cardiovascular risk factors. Understanding these differences could lead to better diagnosis and treatment for women with chest pain and heart attack in the future.

More options for valve replacements in the elderly
Aortic valve stenosis is a narrowing of the opening in the heart valve, which restricts blood flow and causes chest pain, fatigue, shortness of breath and, at its worst, heart failure. For patients with this serious condition, treatment means either open-heart surgery to replace the valve or a procedure called TAVR, or transcatheter aortic valve replacement, which is not surgical but uses a catheter.

This study, which focused on older patients, compared surgery and TAVR by looking at the survival and stroke rates of intermediate-risk patients. The research, published in the New England Journal of Medicine, showed the rates were similar and that use of either procedure would produce similar outcomes.

Long-term study validates less-invasive treatment for narrowed neck arteries
In the past, the typical treatment for the narrowing of carotid arteries – the main vessels on each side of the neck that supply blood to the brain – involved making an incision in the neck to remove the plaque from the artery. The procedure is called a carotid endarterectomy. But a less invasive approach of using a mesh device called a stent to open the artery has been gaining ground. And now, research published in the New England Journal of Medicine and based on a 10-year follow-up, gives stenting more validation as an accepted alternative.

Investigators in the so-called CREST study found after a decade no significant difference between patients who had endarterectomy or stenting when looking at risk of stroke during the time of the procedures, the occurrence of heart attack or death, or subsequent stroke on the side of the original stroke.

In one of the studies, nearly half the participants were Asian. This study evaluated cholesterol lowering with low-dose statins among diverse populations in 21 countries spread among six continents. The patients were at intermediate risk and didn’t have apparent cardiovascular disease. In this work, researchers showed that compared to placebo, those treated with statins had lower risk of cardiovascular events, strokes and heart attacks. It also provides further evidence supporting the benefits of statins in Asian and Hispanic populations.

Evidence we might be able to outsmart our genes
Lifestyle habits such as not smoking, exercise, diet and weight management play a role in heart disease risk. But so does genetics. This research, published in the New England Journal of Medicine, found there might be a way to at least partially stack the deck for those people with high genetic risk.

Across four studies involving 55,685 participants, researchers found that among participants at high genetic risk for cardiovascular disease, a favorable lifestyle was associated with a nearly 50 percent lower relative risk than those with an unfavorable lifestyle that included smoking, obesity, lack of exercise and poor diet.

Disparity in counseling women and minorities with heart failure
A device called an implantable cardioverter defibrillator can be lifesaving by preventing sudden death in people with severe heart failure. This battery-powered device, placed under the skin and connected to the heart with thin wires, keeps track of heart rate and shocks the heart back to normal when it’s beating chaotically or too fast. But, according to this study of 21,000 patients published in Circulation, women and minority patients eligible for the device far too often aren’t counseled about it.

The findings show as many as four out of five hospitalized patients with heart failure eligible for ICD counseling did not receive it, particularly women and minority patients. And among counseled patients, the race and ethnicity differences persisted among those who eventually received the device.

Fainting could be a sign of pulmonary embolism in some patients
A study in the New England Journal of Medicine of 560 patients admitted to the hospital for fainting, also called syncope, showed having a set criteria for testing patients for lung clots could save lives.

In the past, fainting had not been considered high on the list of signs and symptoms pointing to clots, also called pulmonary embolisms, which can lead to cardiac arrest and death. But researchers in the PESIT study used a diagnostic workup to assess the presence of the embolism and found it was present in about one out of six, or 18 percent, of the patients.

Advancing the treatment of severe strokes
This meta-analysis of patient data from five landmark trials shows the benefits of stent retrievers that snare large clots from the brain. The research published in The Lancet consolidates work that means providing timely treatment for these patients could have a global impact.

In the first, researchers determined that lowering blood pressure to below 120/90, compared with 140/90, led to significantly lower rates of death and “cardiovascular events” among adults age 75 and older. The study, published in the Journal of the American Medical Association, extends the results of the recent SPRINT trial and could help clear up inconsistencies in how doctors set blood pressure targets for geriatric populations.

Also this year, investigators in a separate project identified a gene variant that determines whether a carrier may have a lower risk of coronary heart disease than those without the gene variation. This gene, called ANGPTL4, governs the action of lipoprotein lipase, or LPL, which plays a critical role in breaking down a type of fat in the blood produced by the liver, called triglycerides. High triglyceride levels are a contributor to heart disease risk. In this study, people with a specific genetic variation in the ANGPTL4 gene had lower triglyceride levels, higher “good” HDL cholesterol levels, and lower coronary artery disease risk than those who did not have the mutation. The research, published in the New England Journal of Medicine, could lead to work on controlling triglyceride levels and may eventually create a new way to treat and prevent heart disease. 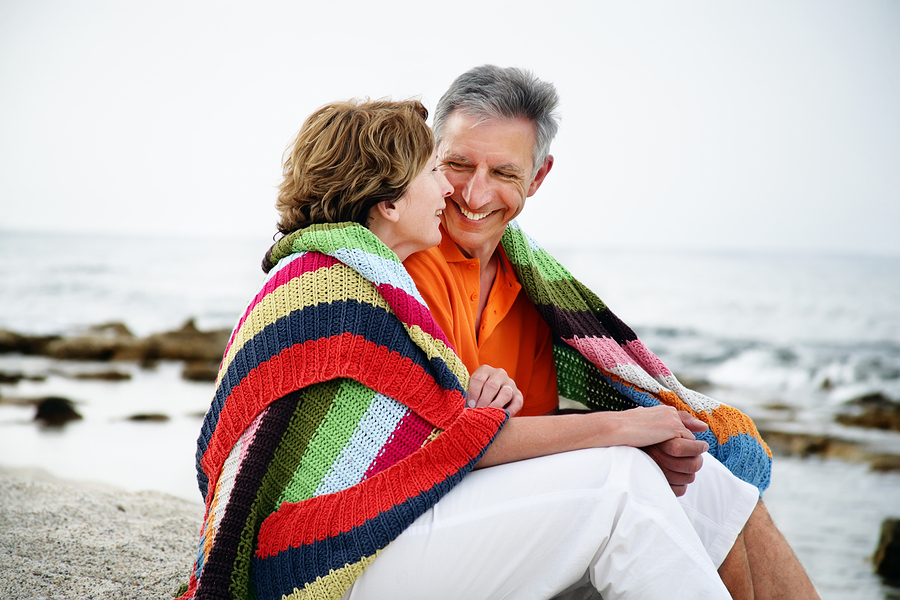 WH: What continues to be the biggest challenges to those working in the field of heart disease?
AHA: Although there is clear evidence that women experience ischemic heart disease differently from men because of both sex and gender differences, significant gaps in scientific knowledge of the risks, mechanisms, assessment, interventions, and symptoms for women with IHD remain. Although tremendous progress has been made in building the science of how women experience IHD, much remains to be done to translate the science into practice and education and to continue to expand the science.

WH: What support is available to individuals and families who are living with heart disease?
AHA: In addition to having a general background on conditions available on our website, we have a support network for parents and caregivers.

WH: What areas of research is the AHA excited about for the future?
AHA:

Significant advances in our understanding of the human genome have illuminated important mechanisms of various diseases and identified new treatments. It is through precision medicine – taking into account a person’s genes, environment and lifestyle – that revolutionary advances are being made.

WH: What goals does the AHA have for 2017?
AHA: Some of AHA’s top priorities include:

WH: What would you like female readers to know about the AHA that you haven’t addressed?

How Women Can Keep Winter Allergies at Bay