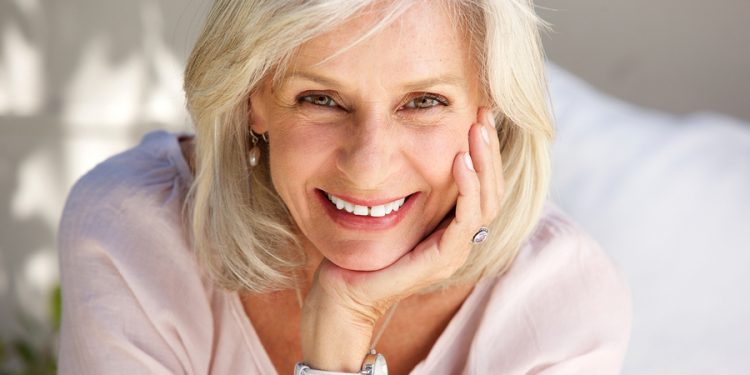 A friend of mine was telling me recently about her menopausal symptoms. The hot flashes were getting to her, and the mood swings were no fun either. I asked her if she had considered hormone therapy (HT), and she gave me this look—you know, the kind that seems to say, What are you, nuts?

Most women avoid HT these days for one reason: they’ve been lead to believe that it’s dangerous. “It causes breast cancer,” they think. “I’d rather put up with hot flashes than increase my risk of breast cancer.”

It remains the most effective method for treating the symptoms of menopause, and according to recent studies, is not as risky as women may have been lead to believe. In fact, we’ve learned so much that scientists are now questioning the interpretation of that 2002 study, and suggesting that women rethink HT.

Why are women so afraid of HT? Because of one study published in 2002. It was called the “Women’s Health Initiative,” and it showed that HT increased risk of several health problems for women, including heart attack, stroke, blood clots, breast cancer, and colorectal cancer.

The media came alive when the results were released, and women all over the country panicked. Many stopped taking their prescriptions for fear of harm, and many more avoided HT from that point on.

Now here we are, 15 years later, and new information has come to light suggesting that women don’t need to be as frightened of HT as they are. It remains the most effective method for treating the symptoms of menopause, and according to recent studies, is not as risky as women may have been lead to believe. In fact, we’ve learned so much that scientists are now questioning the interpretation of that 2002 study, and suggesting that women rethink HT.

Hormone Replacement Therapy Took Off in the 1960s

Hormone replacement therapy has been around for decades. Back in the 1960s, the FDA approved the use of prescription estrogen products to treat the symptoms of menopause. About the same time, a few books came out that talked about the many benefits of estrogen for women, and HT took off.

Since then, the popularity of hormone therapy has gone up and down several times. In the 1970s, prescriptions declined as women heard about studies linking HT to an increased risk of endometrial cancer. When manufacturers added uterine-protecting progestin to the mix, prescriptions increased again.

In the 1980s, studies came out showing that HT seemed to reduce risk of fractures related to post-menopausal osteoporosis, and reduce the risk of cardiovascular disease. In the 1990s, more studies were released showing that HT reduced risk of heart disease and hip fracture, though it slightly increased risk of breast cancer. The general conclusion was that the benefits outweighed the risks, and the popularity of HT rose again, so much that estrogen became the biggest-selling prescription drug.

Then came 2002, and a landmark study that changed everything.

It was called the “Women’s Health Initiative (WHI),” and it involved 16,000 postmenopausal women. Researchers wanted to examine the risks and benefits of HT, specifically, the synthetic drug “Prempro,” which combined synthetic progestin with three estrogens derived from horse urine. So they gave some women Prempro, and some women a placebo.

The trial was supposed to go for 8.5 years. Instead, after only 5.2 years of follow-up, the data and safety monitoring board recommended stopping the trial because those women taking Prempro had a higher risk of breast cancer and heart disease than those taking a placebo.

Though these are actually small increased risks for women overall, the headlines were frightening: HT increases risk of breast cancer and heart disease. Prescriptions dropped dramatically.

Now, fifteen years later, the question is: Did we overreact?

Researchers Re-Evaluate the Results of WHI

Many researchers say that we did, and that the hype around these studies actually harmed women.

The reality is that today, many women suffer from difficult menopausal symptoms when they don’t really need to. According to a recent 2017 study, HT is still the most effective therapy for truly debilitating symptoms like hot flashes, but women remain concerned about using it.

“This study tells us that there remains an unmet need to educate women about the safety and effectiveness of hormone therapy for most symptomatic women,” said Dr. Joann Pinkerton, executive director of the North American Menopause Society (NAMS). “The benefits go beyond the relief of hot flashes and include improvement in night sweats, sleep disruption, prevention of bone loss, and fewer heart events.”

“This study tells us that there remains an unmet need to educate women about the safety and effectiveness of hormone therapy for most symptomatic women. The benefits go beyond the relief of hot flashes and include improvement in night sweats, sleep disruption, prevention of bone loss, and fewer heart events.”

Safety and effectiveness? What happened to risk of breast cancer and heart disease?

Scientific examination has cast new light on those studies that appeared near the turn of the century. In a 2014 study meant to re-examine the findings from WHI, the researchers stated that the “global index” used to summarize the overall benefit versus risk of HT “was not valid, and it was biased.”

They added that the risk of CHD was not confirmed in subsequent studies, and that the WIH study “did not establish” that estrogen plus progestin increased the risk of breast cancer. Among their findings: the primary outcomes—cardiovascular disease (CVD) and breast cancer—changed several times throughout the study, rising and falling. That implies that the authors manipulated data to come up with the conclusions that they did.

Molly A. Brewer, DVM, MD, MS, and Professor and Chair of the Department of Obstetrics and Gynecology at the University of Connecticut Health Center, also points out the flaws in the study, including the fact that 34 percent of the women had a body mass index of 30 or more—a clear indicator of obesity, which is a risk factor for breast cancer. In addition, the average age of the women was 63 years, which is considered on the older side of the spectrum, as most women need HT in their fifties.

Yet these sorts of risk factors were not taken into consideration in the final results.

Brewer states in her commentary on the study that despite its wide impact, it “may not have demonstrated an increase in the risk of either CVD or breast cancer given the study design and statistical issues, and that as a result of these flaws, women have been harmed.”

In April 2017, in an article published in the scientific journal Climacteric, the principal investigator in the WHI trial—Robert D. Langer—argued that the researchers who did the study misrepresented some of the findings, and failed to follow proper protocols. Apparently not all principal investigators had a say in the data evaluation and writing phases of the research, and the paper was published prior to review by all authors.

He added that a second WHI trial using equine estrogens alone published two years after the initial trial results showed prevention of CHD in women who started HT before the age of 60, and also showed a reduction in breast cancer overall, but that these results “were largely ignored.”

“In the years since the first WHI report,” he wrote, “we have learned much about the characteristics of women who are likely to benefit from HT,” adding that the “facts” most women and doctors use when considering HT “are frequently wrong or incorrectly applied.”

In conclusion, he stated: “Much angst may have been avoided, many women may not have suffered unnecessarily and the consensus now reached—that hormone therapy prescribed to healthy postmenopausal women within 10 years of their last menstrual period is an effective safe intervention—might have been arrived at long ago.”

Indeed, in a 2016 commentary published in The New England Journal of Medicine (NEJM), two investigators key to the original WHI study stated that the results were being used inappropriately, particularly for women suffering from difficult menopausal symptoms.

What is the true toll of all this misinformation? According to a 2013, it’s high. Researchers examined the effect of “estrogen avoidance” on mortality rates among women aged 50 to 59 years who had undergone a hysterectomy. They found that over a 10-year span, as many as 91,610 postmenopausal women died prematurely because they avoided estrogen therapy (ET).

“ET in younger postmenopausal women is associated with a decisive reduction in all-cause mortality,” the researchers wrote, “but estrogen use in this population is low and continuing to fall.”

What Should Menopausal Women Do?

Based on this and other information suggesting that women were unnecessarily frightened, what should women do today?

First, realize the facts—the risks of HT are likely lower than you’ve been lead to believe. Second, understand that most healthcare professionals and scientists now recommend that hormone therapy prescribed to healthy postmenopausal women within 10 years of their last menstrual period is effective and safe, with benefits that outweigh the risks.

Third, talk to your doctor. If you’re suffering from difficult menopausal symptoms—particularly if you’re healthy, free of cardiovascular disease, and 60 or younger—HT may work for you, and help you get back to enjoying life again.

“The Rise and Fall of Hormone Replacement Therapy,” The University of Minnesota, October 15, 2012, http://www.epi.umn.edu/cvdepi/essay/the-rise-and-fall-of-hormone-replacement-therapy/.

How to Sail Through Empty Nest Syndrome