YOU ARE HERE:Home » Wellness » The Surprising At-Home Solution to Relieve Your Chronic Pain
Wellness

The Surprising At-Home Solution to Relieve Your Chronic Pain 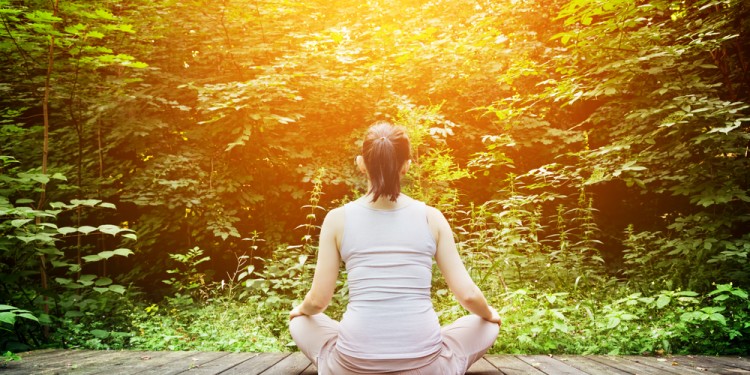 Today’s statistics are alarming. Women are in pain, and a lot of it.

According to the National Center for Health Statistics Report, more than a quarter of Americans age 20 years and over suffer from chronic pain, with more than half feeling they have little or no control over it.

Women, in particular, seem to be especially vulnerable. A 2003 study found that more than 70 percent of individuals reporting chronic pain were women, and that women are more prone to painful conditions like migraines, irritable bowel syndrome, jaw pain, and fibromyalgia. A later 2013 study found similar results, with chronic pain being more common in women.

Unfortunately, traditional pain medications may not work as well for women as they do for men. A recent study found that women—especially younger women—are a lot less likely than men to enjoy relief of chronic pain with long-term opioid use.

A 2015 study, as well, found that males and females respond differently to pain medication. Researchers administered the same pain-relieving drugs to both male and female mice and found that the males experienced a reduction in pain, but the females were completely unaffected. Turns out the females had different immune cells that adapted to maintain the pain sensitivity.

To further complicate things, women may not be treated for chronic pain as well as men. A 2001 study entitled “The Girl Who Cried Pain: A Bias Against Women in the Treatment of Pain” found that women were less likely to receive aggressive treatment for chronic pain than men, and were often told their pain was emotional or psychological as a way to dismiss it as being “not real.”

women were less likely to receive aggressive treatment for chronic pain than men, and were often told their pain was emotional or psychological as a way to dismiss it as being “not real.

A 2008 study also found that women complaining of pain in the emergency room were 13 to 25 percent less likely than men to receive strong opioid pain medications. Those who did get them received them 16 minutes later than their male counterparts.

We obviously have a long way to go when it comes to treating pain in women. Meanwhile, we may be able to find relief with one type of at-home solution: meditation.

How Meditation Can Help Ease Pain in Women

It may be hard to imagine that sitting still and focusing on one’s breath could actually have any effect on that pain that’s knifing you in the back or legs or hands. But meditation is more powerful than you may think.

In a recent study by the American Pain Society, researchers observed 89 patients around the age of 50-60 who were experiencing chronic neck pain. They had all been suffering for years. About three-quarters of them were women. About half of the participants went through an eight-week meditation program, with weekly 90-minute classes. The other half was prescribed a home-based exercise program. Both groups were told to continue their practice at home.

When the researchers looked the results, here’s what they found:

The researchers concluded that meditation “may support chronic pain patients in pain reduction and pain coping.”

Researchers found even more powerful results in a 2011 study. They scanned the brains of participants before and after a mindfulness-based meditation intervention that consisted of four 20-minute sessions on successive days. Results showed a 57 percent reduction in pain unpleasantness and a 40 percent reduction in pain intensity in the subjects after the meditation practice.

That’s a greater reduction in pain than even morphine or other pain-relieving drugs, which usually take pain down by about 25 percent.

The researchers added that after meditation, the brain showed increased activity in areas that altered the perception of the pain experience, helping participants to find relief.

How Meditation Alters Our Perception of Pain

You may feel doubtful that just altering the “perception” of pain could actually help you feel better, but realize that for you to actually experience pain, your brain has to register it in an unpleasant way. Over-the-counter medications, for example, don’t “cure” the pain, but simply mask it’s presence from your perception.

Turns out meditation may be able to do the same thing.

The “primary somatosensory cortex,” for instance, which is an area in the brain involved in communicating the intensity of pain, showed significantly reduced activity after meditation than before.

Other areas, including the “anterior cingulate cortex,” “anterior insula,” and “orbito-frontal cortex,” which use information coming from nerve signals in the body to create the pain experience, actually showed increased activity, which may correspond with the brain working to squelch the intensity of the pain messages.

“One of the reasons that meditation may have been so effective in blocking pain,” said Robert C. Coghill, senior author of the 2011 study, “was that it did not work at just one place in the brain, but instead reduced pain at multiple levels of processing.” 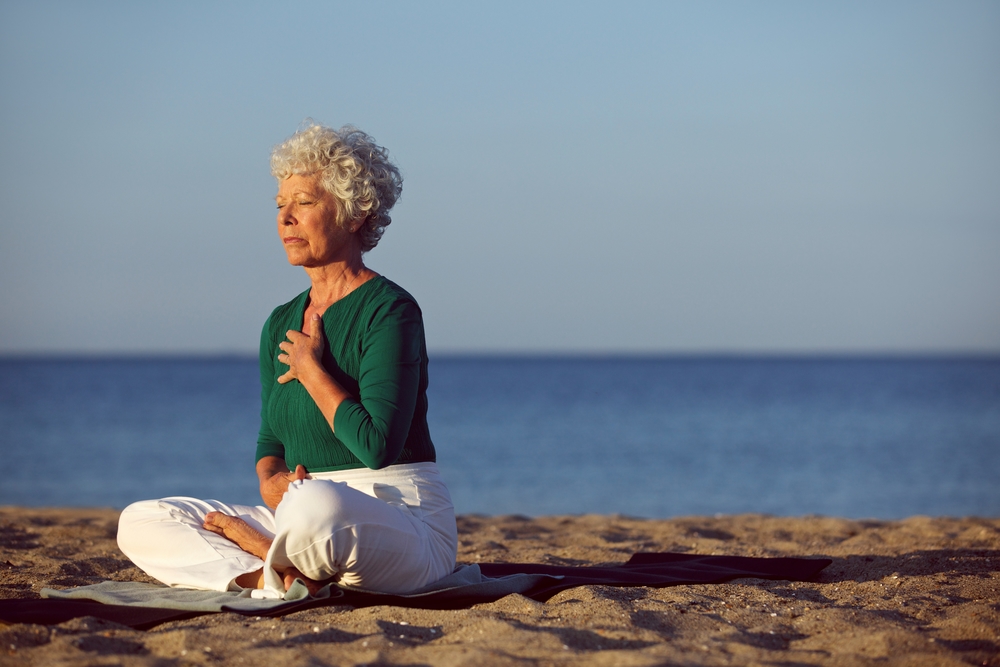 Meditation Can Help Us Control Our Response to Pain

Another study published in 2012 reported similar results. Neuroimaging evidence showed that meditation stimulated certain activities in the brain associated with pain relief, and that the effects were more powerful the more experienced the meditator.

Those participants practicing meditation reported pain intensity reduced by 27 percent and the emotional perception of pain reduced by 44 percent.

Yet another brain region—the thalamus—was deactivated during meditation. This is the area that allows nerve information through to the higher brain centers. Researchers theorized that meditation may have caused the pain signals to fade away.

Revving Up Your Brain Control Over Pain

When you think about it, it’s no surprise that the brain can block pain signals when it wants to. Imagine those times when you’ve hurt yourself and you didn’t realize it until later in the day. Athletes can continue in a game without realizing they’re suffering an injury until they hit the locker room. Veterans can continue in battle unaware of the severity of their wounds until many hours later.

Pain usually does start as a physical thing, a reaction in the nerves, but then the messages must travel from the body to the brain for us to actually experience it. Practicing meditation can help us gain more control over that experience, by modifying how the brain reacts to it.

Meditation for pain relief has gained so much traction that it’s even finding its way into the military. According to a July 2015 report, studies in the Army have showed that mindfulness-based meditation training can help reduce the effects of chronic pain, depression, and posttraumatic stress disorder. One active-duty young women experiencing chronic pain told researchers that meditation had been so effective she was able to cut her medication to a fraction of what she was using prior to starting the practice.

How Women Can Put Meditation to Work on Their Pain

There are a number of other studies we could talk about showing meditation’s effect on pain. But if you’re a woman suffering from it, what you really want to know is whether or not it will work for you.

Fortunately, there are a lot of programs focused specifically on pain relief. The good news is that studies show you don’t have to be a master to experience benefits. The most recent 2015 study reported that just 20-minute daily sessions could enhance pain treatment. Of course the more proficient you become, the better you may be able to mask your pain.

We urge you to give meditation a try. You don’t have anything to lose, and potentially a lot of relief to gain. Below are a few options to get you started, and with some research, you can find many more.

AAPM Facts and Figures on Pain, The American Academy of Pain Medicine, http://www.painmed.org/patientcenter/facts_on_pain.aspx#refer.