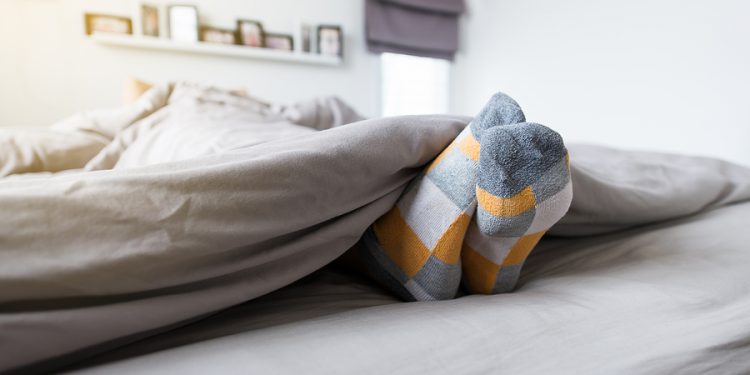 This is the advice of neuroscientist Susan Peirce Thompson, creator of Bright Line Eating, a weight loss movement. But does it make sense? And how does the hormone leptin factor into the process?

Most people eat less and exercise more when they want to shed pounds.

This won’t last, Peirce Thompson says, because the brain won’t let you do it, at least not long-term. This self-sabotage occurs because insulin levels are too high, and all this insulin blocks the hypothalamus from seeing the leptin in your blood, she explains.

Leptin levels are significant because leptin is known as the starvation hormone. It tells your brain two things: You are not hungry, and it’s time to get active. Peirce Thompson says if your leptin isn’t registering, your brain thinks you’re starving, and literally forces you to eat more and conserve energy. But “you don’t have enough willpower to overrule your brain, certainly not long-term,” she says.

“Exercise won’t make you thin. It will help you to maintain a slender physique, but it will not help you to get there in the first place.” – Neuroscientist Susan Peirce Thompson

Trying something new is the key, and this something new is not exercising for a period of time. It’s a myth that exercise is a necessary component of a weight loss program, says Peirce Thompson. “Exercise won’t make you thin,” she adds. “It will help you to maintain a slender physique, but it will not help you to get there in the first place.”

Changing what you put in your mouth takes a tremendous amount of willpower. As a result, conserving willpower and focusing on creating habits needed to stick with your food plan is more productive, Peirce Thompson says. She goes on to describe the habits that need to be built, and once these actions become rituals, insulin levels will decrease and the brain will start to see the leptin. This will take at least a few months, and then and only then, she says to add in exercise.

Leptin is highly correlated with the percentage of body fat, says Dr. Jeffrey Friedman, M.D., Ph.D., Professor, Rockefeller University and Investigator, Howard Hughes Medical Institute. He studies the molecular mechanisms that regulate food intake and body weight. Leptin was actually identified in his laboratory, and his current work explores the mechanisms by which leptin mediates appetite and weight. In general, women have more adipose tissue and therefore higher leptin levels, but a thin woman would generally have less fat and lower leptin levels than an obese man with more fat, he explains.

Leptin is currently an approved therapy for lipodystrophy, which is a rare form of diabetes. As Dr. Friedman explains, these patients lack adipose tissue due to a genetic defect, which means low leptin levels. Leptin treatment is very effective at treating their diabetes, and the patients also lose weight – as do patients with syndromes associated with low leptin levels. Most obese patients, however, have high leptin levels, which indicates that they’re resistant to leptin and then overproduce it to compensate, says Friedman.

Within this group of obese patients, about ten percent have low leptin levels. The data suggests that they might lose weight with leptin treatment. This has been shown in the lab with obese mice. “It will be interesting to determine whether obese humans with low leptin levels respond similarly,” says Friedman. Studies in both mice and humans have found that combining leptin with other weight loss agents can decrease weight in obese patients with high leptin levels.

The core problem is that almost all diet plans – with or without exercise – eventually fail over the course of one to two years, making it extremely difficult to generate definitive data, says Friedman. He agrees that the basic drive to eat proves more powerful than willpower, which is why diets fail.

Over time, for biologic reasons, the drive to eat overwhelms the conscious desire to restrain appetite and weight typically returns to the starting point, says Friedman. In other words, diets tend to fail with or without exercise, but they fail because of biologic factors, not a lack of determination on the dieter’s part.

Lynda Turpin (not her real name), a National Academy of Sports Medicine (NASM) certified personal trainer, finds Peirce Thompson’s advice interesting. She admits that exercise may change our thinking about what we are “allowed” to have, but for some people, it works in the opposite way. Turpin, for example, makes better choices when she’s doing something good for her body like exercising. She also points out that exercise changes metabolism, so as people lose weight, exercise helps keep the weight off.

Peg Pardini, an American Council of Exercise (ACE) certified personal trainer who does nutrition counseling and behavior modification, also termed this a “very interesting philosophy.” For someone who’s overweight and doesn’t exercise at all, it may be a good solution to be motivated as they have nowhere to go but up, she says. “As a personal trainer, however, it goes against everything I believe in,” she says. “It is important to change habits and that includes getting off the couch and moving more, even if it’s just a short walk. Lack of exercise decreases muscle mass, and my concern would be the layman would take this to heart and use it as an excuse not to exercise.”

When asked whether strength training should also be avoided as part of this regimen, Peirce Thompson says yes, because this activity would draw from the willpower reserves. In other words, getting ourselves to do this activity and then doing it both deplete willpower. She says cardiovascular exercise and any activity that can deplete willpower should wait until new eating habits are entirely automatic.

There are exceptions, however. If you’ve been exercising for a long time to the point where it’s automatic, this wouldn’t tap the willpower reserves. If exercise is used to alleviate depression and/or anxiety, it shouldn’t be stopped.

There are exceptions, however. If you’ve been exercising for a long time to the point where it’s automatic, this wouldn’t tap the willpower reserves. If exercise is used to alleviate depression and/or anxiety, it shouldn’t be stopped. Peirce Thompson says the period of no exercise should only last a few months if done right.

But Pardini is a firm believer in incorporating exercise from the start, even if it’s just 10 or 20 minutes a day. There are little challenges we can set for ourselves, like parking farther away in the parking lot or even standing up and sitting down ten times while watching television.

Pardini always recommends hiring a trainer for a couple of sessions to learn proper form and technique and having a session or two with a registered dietician to devise a food plan. She believes that small changes in fitness can help. “It does not have to be all or none,” she says.

Many Women Misjudge How They'll Feel After Mastectomy

What's So Great About Bone Broth?