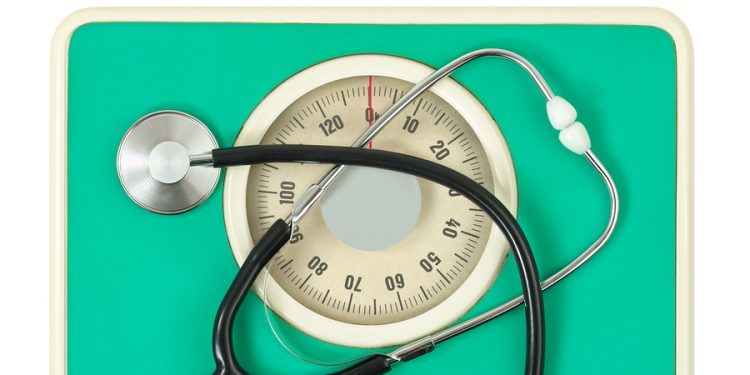 According to the Centers for Disease Control and Prevention (CDC), more than a third of American adults are obese, which means that they have a body mass index (BMI) of 30 or more. The National Institute of Diabetes and Digestive and Kidney Diseases (NIDDK) states that about 40 percent of women are obese, and that the trend keeps increasing.

Yet dieting when you’re obese can be frustrating and demoralizing. Even if you do lose a few pounds, it’s usually not enough to significantly improve your health. In 2015, researchers confirmed what many women suspected—that diet and exercise weren’t enough to help obese people drop a significant amount of weight and keep it off.

“Although lifestyle modifications may result in lasting weight loss in individuals who are overweight,” Dr. Christopher Ochner, lead author of the study, said in a press release, “in those with chronic obesity, body weight seems to become biologically ‘stamped and defended.’” The researchers added that obese individuals are “biologically different” from individuals who never experienced obesity.

If dieting and exercise aren’t the answer, what is? Many experts are now pointing to weight loss surgery as the most effective option. If you’re considering it, here’s what the studies have found so far.

What is Weight Loss Surgery?

Weight loss surgery, or bariatric surgery, is a group of surgical weight loss procedures that help obese and morbidly obese people lose a significant amount of weight. It’s usually considered a last resort for those who have tried other methods and failed.

The most common types of weight loss surgery include:

What are the Benefits of Weight Loss Surgery?

The largest benefit of all of these surgeries is the weight loss that they produce, and how that can result in significant health improvements.

In 2013, researchers reported that for those who are obese, weight-loss surgery was more effective at reducing body weight than any non-surgical methods. They also found that the surgery helped increase the rate of remission from type 2 diabetes.

At present, weight loss surgery is the most effective and sustainable treatment option for severe obesity as long as the individual is motivated to make the lifestyle changes required.

Results from the Veterans Affairs study showed that gastric bypass surgery produced greater, more sustained weight loss than non-surgical options, and that after 10 years, only 3.4 percent of those who went through the study went back to within 5 percent of their initial weight. The surgeries have been associated with better survival long-term, too—patients who went through the surgery were less likely to die between 5-10 years later as controls who didn’t have the surgery.

Jon C. Gould, M.D., wrote a commentary on the study, and noted that bariatric surgery was “vastly underutilized” to help improve the health of obese patients.

Laurie K. Twells, a clinical epidemiologist at Memorial University of Newfoundland, told the New York Times that bariatric surgery was “probably the most effective intervention we have in health care,” adding that most patients, after going through it, say they wish they’d done it 10 years earlier.

Weight-loss surgery provides other benefits, as well. According to a 2016 review of 9 studies, patients going through bariatric surgery experienced substantial and significant improvement in physical and mental health spanning 5 to 25 years after surgery. Compared to those who didn’t have the surgery, they felt healthier, and were less likely to report problems with pain, mobility, daily activities, or feelings of depression and anxiety.

In a 2012 study, researchers reported: “At present, weight loss surgery is the most effective and sustainable treatment option for severe obesity as long as the individual is motivated to make the lifestyle changes required.”

Lifestyle changes after surgery typically include following a designated eating plan, avoiding certain foods, and finding new, rewarding activities that don’t involve food. Those who are successful typically experience a number of health benefits as a result.

Bariatric surgery has a low rate of complications, with long-term success depending on the surgeon’s skills and the patient’s commitment. Gastric bypass surgery, in one study, was found to result in weight loss averages of about 65 percent, with over 85 percent of patients losing and maintaining 50 percent of their initial weight loss. Mortality rates were a low 0.1 percent, and complication rates were 5 percent.

According to a recent study of more than 22,000 people—of which over 80 percent were women—bariatric surgery was associated with a lower risk of cancer, particularly obesity-related cancers like postmenopausal breast cancer, endometrial cancer, and colon cancer.

“What’s surprising is how great the risk of cancer was reduced,” said Dr. Daniel Schauer, lead author of the study.

Other studies have shown that weight loss surgery helps reduce risk of heart disease, particularly for women. When researchers assessed about 2,000 patients after weight-loss surgery, they found that all patients had a significant reduction in heart disease risk, but that women had a 41 percent reduced risk, while men had a 35.6 percent reduced risk.

“The findings suggest that women may have an enhanced mechanism of response to bariatric surgery,” said lead author Dr. John Morton.

The surgeries have been found to help improve or resolve diabetes, high blood pressure, and sleep apnea, and some research shows they may even improve your love life. According to a study published in 2013, women who underwent bariatric surgery experienced significant improvements in overall sexual function, including increases in arousal, desire, lubrication, and overall satisfaction.

What are the Risks of Weight Loss Surgery?

Like any surgery, weight loss surgery comes with risks—those associated with the surgery itsel

Out of more than 2,300 patients who underwent bariatric surgery, about 20.8 percent of those who got a gastric bypass went on to develop alcohol use disorder within five years of the surgery, while about 11.3 percent of those who underwent laparoscopic gastric banding developed the disorder.
f, which include internal bleeding, blood clots, and infection, and those that may occur after the surgery.

Studies have found that the risks are higher for those who are older than 65, and for men. Out of 16,155 patients who went through the surgery, men had higher rates of early death than women, and mortality rates were higher for those aged 65 and older. Other studies have found that the surgeries are just as safe for people over 65 as for younger patients, though, so women should not be deterred if they’re older. Instead, they should talk to their doctors about their risks, and do what they can to reduce them.

One important finding was that the rates of death were higher in patients who went to surgeons who had less experience, which shows how important it is to be sure that your surgeon has performed a lot of these procedures before. A second study confirmed these results, with researchers reporting that thirty-day mortality after gastric bypass is “closely linked to surgeon inexperience.”

Patients also have to be careful that they’re getting the nutrients they need. Because of the smaller stomach and in some procedures, the changed digestive system, mineral deficiencies can more easily develop, particularly deficits of vitamin B12, iron, calcium and folate. It’s important for patients to work with their doctors and with dietary specialists to keep an eye on nutrient levels.

Some of the procedures are irreversible, too, particularly those that surgically remove part of the stomach, or that divide the small intestine. These surgeries typically result in greater weight loss than reversible types, but it’s important to realize that there’s no going back.

Less invasive surgeries, like the gastric band surgery, can come with other complications. The band may slip or erode into the stomach in a small number of patients, for example. Those who don’t follow their dietary restrictions may experience other issues, too, such as dilation of the esophagus. This procedure also has the highest rate of re-operations compared to the others.

There are other potential risks, as well. We have some evidence that weight loss surgery may increase risk of alcohol dependence. Out of more than 2,300 patients who underwent bariatric surgery, about 20.8 percent of those who got a gastric bypass went on to develop alcohol use disorder within five years of the surgery, while about 11.3 percent of those who underwent laparoscopic gastric banding developed the disorder.

Researchers didn’t say why, but it could be because gastric bypass, in particular—because of how it reroutes the digestive system—raises alcohol levels in the bloodstream faster compared to other procedures.

There is also some evidence that women who have gone through bariatric surgery are more likely to give birth prematurely, and to have babies who are small in size for their age.

Bottom Line: Do What’s Best for You

Considering all this, women may feel overwhelmed when it comes to choosing: weight loss surgery or not?

There’s no denying the serious health risks associated with obesity, and bariatric surgery continues to be associated with significant benefits. The important thing is to examine your own situation, your lifestyle, and your current health status, and then take your time. Ask your doctor about your options, and examine the benefits and risks of each.

It’s important to realize that the surgery isn’t a magic bullet. Afterwards, you’ll still need to watch what you eat, exercise regularly, and make other adjustments to work with your new “smaller” stomach.

It’s important to realize that the surgery isn’t a magic bullet. Afterwards, you’ll still need to watch what you eat, exercise regularly, and make other adjustments to work with your new “smaller” stomach. You may have to give up some of your favorite foods and beverages—soda pop is normally off the list after surgery because the carbonation can create gas and pressure on the stomach—and your digestion may feel different than it used to, depending on the type of surgery you had. You may have to deal with excess skin after you lose weight, as well, which may require cosmetic surgery to correct.

On the other hand, what are the risks to your health and longevity if you do nothing? Staying obese means you’ll continue to be at risk for a number of unpleasant and deadly diseases, as well as premature death. That risk isn’t going to go away. Are there other options you can try?

Talk to those who’ve gone through the procedure, and ask them what they thought of it. Get recommendations for an experienced surgeon. Examine all your options, and then make what you feel is the best choice for your health.

Diet and NutritionIn the News

How to Reset Your Metabolism: Is it Possible?