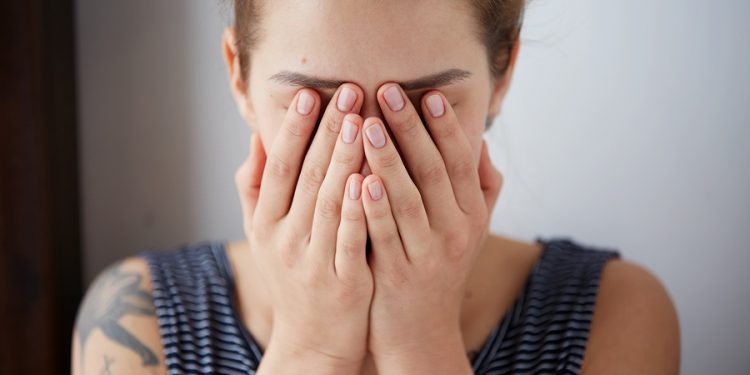 You open your mouth, but you can’t breathe. Your chest is tight. Your heart is pounding. You feel the perspiration sting at your temples. Something is wrong, but you don’t know what. You sit down and put your head low, but you still can’t breathe.

Your friend rushes you to the hospital. You’re gasping. The nurses hurry you back and hook you up to the oxygen. You suck it in and feel a sweet sense of relief. The air goes into your lungs. Your heartbeat slows. Finally, you can breathe. But still, with worried eyes, you watch the doctor as he checks all the instruments and goes over your stats. Finally, he comes over to the bedside and looks down at you.

Huh? You ask questions. That can’t be right. Just moments ago, you couldn’t breathe.

The Anxiety and Depression Association of America (ADAA) states that about six million adult Americans are affected by this very thing, with women twice as likely to suffer through it as men.

What are we talking about?

They’re super scary, because they come on seemingly out of the blue, and the symptoms are so disruptive that they can interfere with your daily life and even cause you to miss work. What causes these attacks, and what can we do to stop them?

What Are Panic Attacks?

Panic attacks are episodes like the one described above—periods of spontaneous fear with no apparent cause, accompanied by intense physical symptoms like a racing heartbeat, dizziness, sweating, chest tightness and pain, and difficulty breathing. The symptoms can be so severe that you may feel like you’re having a heart attack or that you’ll soon pass out.

Other common symptoms of panic attacks include:

You may experience some or most of these symptoms, but they usually last for only about 10-20 minutes before subsiding.

The unpredictable nature of the attacks is one of the ways we identify them. There are other types of anxiety, but a panic attack can occur unexpectedly when you’re feeling perfectly calm. They can also occur when you’re anxious about something, such as an upcoming social event, but either way, they are sudden and extremely uncomfortable.

Fortunately, panic attacks aren’t life threatening, as the symptoms are entirely based on fear. That can be confusing, because you may not remember being afraid of anything. But suddenly you’re in the grips of this attack, which can occur at any time, anywhere. That’s really inconvenient if you’re on the highway on the way to work, in the middle of a presentation, or watching a child’s holiday recital.

Many people experience one or two panic attacks in their lifetime, but some will experience them more frequently. As mentioned above, women are more at risk.

Are Panic Attacks in Women Increasing?

Panic disorders are a type of a larger class of disorders called “anxiety disorders.” This class includes other issues like:

According to a 2015 study, anxiety disorders, including panic disorder, affect up to 33.7 percent of the population. It is likely that even more people suffer from them because they are largely unreported and undertreated.

Dr. JoAnn E. Manson, chief of the division of preventive medicine at Boston’s Brigham and Women’s Hospital, told NBC News that she’s seen an increase in anxiety disorders over the last several years: “I think there’s little question that there’s more anxiety today,” she said, “and that women, in particular, are feeling it. I see it not only among patients but with friends, colleagues, and people I interact with daily.”

Another general practitioner stated that one in five patients she sees has come in for anxiety issues, but there are far more that wait too long to get help.

So what’s causing all this anxiety and panic? 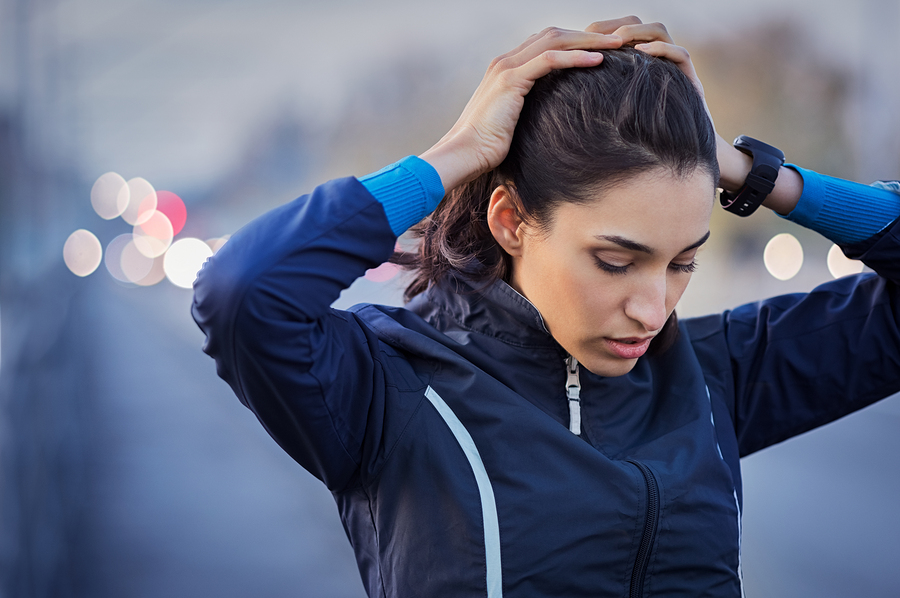 Doctors aren’t sure why panic attacks start. They have found that they seem to run in families, and that they often show up during big life transitions, such as when you’re getting married, having a baby, starting a new job, or moving to a new location.

In general, panic attacks are also more likely in people who have a temperament sensitive to stress. People who were abused as children seem to be more at risk, as are those that have other related disorders like depression, general anxiety disorder, or post-traumatic stress disorder (PTSD). Those who are extra sensitive to their surroundings, or are perhaps “hypersensitive” to environmental cues, may also be at increased risk.

The main cause of panic attacks, however, is most frequently stress and anxiety, which is good news in a way, as these are things you can address in your life, to the point of actually curing yourself of panic attacks.

How Panic Attacks are Different in Women

According to a report in the Psychiatric Times, women may suffer more debilitating forms of the disorder, with greater frequency of attacks than men, and recurrence rates twice as high than those in men. Heart pounding is a common symptom for both genders, but women are more likely to report shortness of breath, feeling faint, andfeeling smothered. Men, on the other hand, were more likely to report sweating and pain in the stomach.

Other studies have shown key differences, but the one that comes up again and again is the respiratory difficulty—women are much more likely to have trouble breathing during a panic attack than men. Women have also been found to experience panic attacks linked with agoraphobia more often then men.

Researchers aren’t sure why this is, but recent studies have suggested that low levels of the “good mood” neurotransmitter serotonin may be a factor. Women are more likely to suffer from serotonin deficiency than men, which can leave them more sensitive to stress, and they also use serotonin differently. One study, for example, found that when serotonin levels were decreased in men, they became more impulsive, but women became more anxious.

Other studies have linked panic attacks with low levels of vitamin B6 and iron. It’s interesting to note that these nutrients are both important for the production of serotonin. 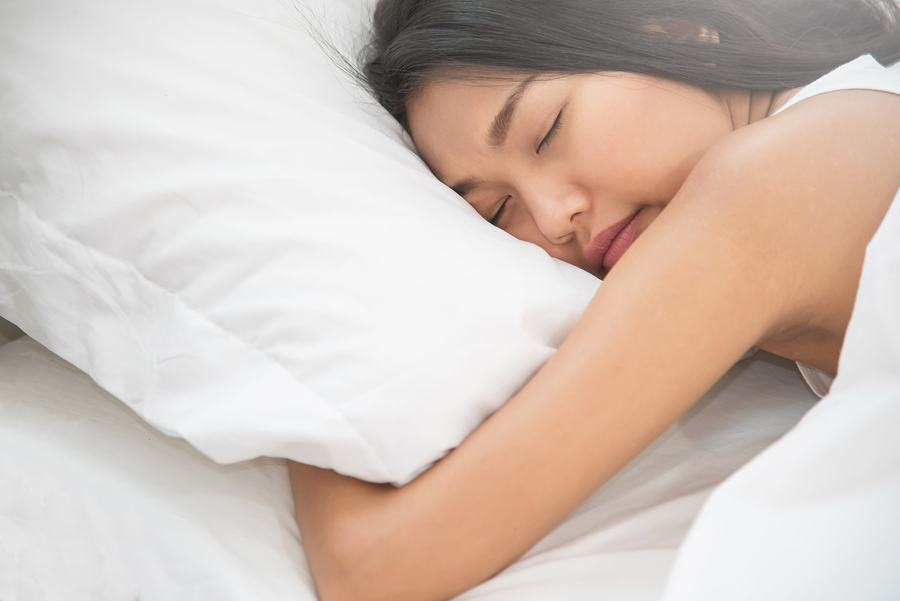 How to Treat and Cure Panic Attacks

If you’re experiencing panic attacks, talk to your doctor right away. Though they’re not usually life-threatening, they can lead to additional problems. You may fear leaving the house, for example, because you worry about suffering an unexpected attack. They can cause problems at work or at school, and can lead to alcohol or substance abuse.

In rare cases, panic attacks may be connected to a medical disorder, such as a thyroid hormone imbalance, low blood sugar levels, or a cardiovascular issue. It’s important to rule out any medical cause before proceeding with treatment. Some studies have linked panic disorder to an increased risk of heart attack or heart disease later in life, which is another reason why it’s important to seek treatment.

Once you know that your panic is attached only to anxiety, you can relax, as this is a completely treatable disorder. Most doctors will recommend therapy. A psychiatrist can help you learn new coping techniques that can help you calm an attack before it gets out of control, and help you to experience fewer attacks, in general. He or she may also prescribe medications short-term to get you feeling better right away, and to help you on the road to recovery.

There are several things you can do on your own to address and treat panic attacks, as well. Some of the most effective are listed below:

The good news is that you don’t have to suffer from these attacks anymore. With a focused treatment program that includes therapy, perhaps medications, and some of the other methods listed above, you can gradually overcome them.

Note: “Calm for Life” by Paul Wilson is a great resource you may find helpful.

Shaun Dreisbach, “Why are anxiety disorders among women on the rise?” NBC News, 2012, http://www.nbcnews.com/id/39335628/ns/health-mental_health/t/why-are-anxiety-disorders-among-women-rise/.

How to Make Meditation Work for You

7 Ways to Make Mindfulness Work for You This Year

Statins Linked to Lower Rates of Breast Cancer and Mortality