What You’re Missing from the Ice Bucket Challenge 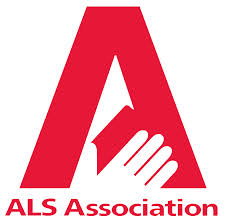 I don’t know about you, but social media never ceases to blow my mind.

Some days all you see is negative post after negative post; natural disasters, wars, social injustice, the list goes on and on. Other days you’ll see nothing but positivity; engagements, new babies, heart-warming stories and random acts of kindness.

Although the most recent social media trend has an underlying negative cause, you can’t deny the overarching positivity factor.

While some are arguing the Ice Bucket Challenge is a waste and an annoyance since many of the posts neglect to talk about what ALS is and why you should donate (other than it’s a good cause), it’s hard to overlook the impact the challenge has had.

Amyotrophic lateral sclerosis (ALS), often referred to as “Lou Gehrig’s Disease,” is a progressive neurodegenerative disease that affects nerve cells in the brain and the spinal cord.

The most common form of ALS in the United States is “sporadic” ALS and makes up 90 to 95 percent of all cases. “Familial” ALS means the disease is inherited. Only about 5 to 10 percent of all ALS patients appear to have genetic or inherited form of ALS.

Based on U.S. population studies, a little over 5,600 people in the U.S. are diagnosed with ALS each year. It is estimated that as many as 30,000 Americans have the disease at any given time. According to the ALS CARE Database, 40 percent of the people with ALS in the Database are women.

Most people who develop ALS are between the ages of 40 and 70, with an average age of 55 at the time of diagnosis. However, cases of the disease do occur in people in their twenties and thirties. Generally though, ALS occurs in greater percentages as men and women grow older. ALS is 20 percent more common in men than in women, however with increasing age, the incidence of ALS is more equal between men and women.

ALS occurs throughout the world with no racial, ethnic or socioeconomic boundaries.

What is the Impact?

Although the life expectancy of an ALS patient averages about two to five years from the time of diagnosis, this disease is variable and many people live for five years and more. More than half of all patients live more than three years after diagnosis.

How Can You Make a Difference?

No matter your stance, do take the opportunity to get informed about the disease and understand it’s impact on those people who live with and die from the illness.

There are thousands, if not millions, of various causes we have the opportunity to donate to, and all of them deserve to get the kind of awareness and funding the ALS Association has received in the wake of Ice Bucket Challenge posts. And although it will take ALS much more funding to find a cure or treatment, it would be close-minded to think this social media movement doesn’t matter.

Because at the end of the day, despite if there is a treatment available or not, the pain, grief, loss and brokenness that life-threatening illnesses brings to those afflicted and their families has the ability to all feel the same. Therefore, if ALS isn’t something you feel compelled to donate to, by all means, don’t do it, but we do urge you to find and donate to another cause you feel connected to and passionate about.

Also, let the Ice Bucket Challenge teach you a lesson on giving. You may not agree with the way the message has been spread, but it goes to show that through the power of word of mouth and using the tools you have available to spread knowledge and resources, you alone can be a catalyst for change.

Like Margaret Mead once said, “Never believe that a few caring people can’t change the world. For, indeed, that’s all who ever have.”

Focus, Fatigue, and Facebook: Why You Just Can’t Concentrate