Why are Women More at Risk for PTSD? 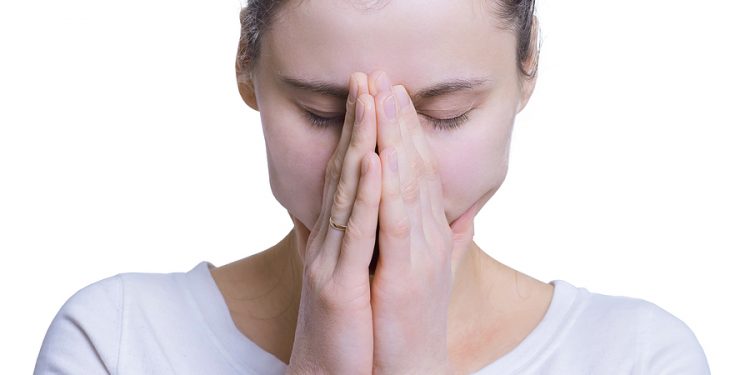 The more we research health conditions and diseases, the more we see that no matter which one we’re talking about, it tends to behave differently in women than in men.

Take heart disease, for example. For decades most of the research was conducted on men, with the assumption being that the findings could apply equally well to both genders. Only recently have we discovered that in many cases, women are very different from men, not only in how they develop heart disease and when, but in what symptoms they suffer, and what treatments work best.

Though most people will suffer symptoms right after a traumatic experience, those with PTSD will continue to suffer months and even years later. Some will think they’re perfectly fine immediately after the event, but then will start to develop problems down the road.

Now we’re finding that this is the case with most everything, including arthritis, diabetes, and different types of cancer. So it really shouldn’t come as a surprise that posttraumatic stress disorder (PTSD) occurs differently in men and women, too, but currently, this one has scientists a little perplexed.

Studies have shown that in general, women seem to suffer from PTSD more often than men, but so far, we aren’t sure exactly why. Scientists have some ideas, but they’re still digging into it. PTSD in female veterans has also been a little confusing. Though women in the general population are more likely than men to develop PTSD, when looking at veterans only, an equal number of men and women seek care for the condition.

This is puzzling for a number of reasons, one of the largest being that women, more than men, are at risk for sexual assault in the military, and sexual assault is one of the main causes of PTSD. (See our article, “Women in the Military More at Risk for These 3 Health Issues.”)

While scientists work to figure all this out, we can use what we do know to help women more easily identify the symptoms of PTSD, and get the help they need to feel better.

PTSD is a psychiatric disorder characterized by symptoms like flashbacks, nightmares, being easily startled, and more. It’s most commonly caused by some sort of traumatic event, like a violent assault, a terrorist act, a serious accident, war/combat experiences, natural disasters, and rape.

Though most people will suffer symptoms right after a traumatic experience, those with PTSD will continue to suffer months and even years later. Some will think they’re perfectly fine immediately after the event, but then will start to develop problems down the road. PTSD also commonly occurs together with other conditions like depression, anxiety, and substance abuse.

Other symptoms associated with PTSD include:

How Are Women Affected by PTSD?

That led to more research on the disorder in women. One of the main findings was that in general, women are diagnosed with PTSD about twice as often as men. Researchers reviewed nearly 300 studies conducted between 1980 and 2005, and found that men had a higher risk for traumatic events, but women suffered higher rates of PTSD.

Why would this be? One of the reasons is that women are more likely to have suffered from sexual assault and child sexual abuse, which researchers believe causes more emotional suffering and adverse effects than other types of traumas. But even when comparing non-sexual traumas and responses to it, the results still showed that women met diagnostic criteria for PTSD more often than men.

We’re not sure why this may be, but scientists have some theories. One is that women may be more susceptible to multiple traumas that add up to a PTSD diagnosis. Researchers gave the example of a car accident, showing that women tend to report more PTSD symptoms after such an accident than men. Further investigation, though, revealed that many women were already at a greater risk because they had suffered from abuse and sexual assault in the past.

Other studies have not found this correlation with sexual assault, though. In 2012, researchers reported that though more women than men were diagnosed with PTSD in response to disasters and accidents, violence (including sexual violence) created the lowest level of gender difference. A second 2012 study also noted that sexual assault only partially accounted for gender differences in PTSD rates. At this point, then, we’re still unsure of the way that sexual trauma affects women’s overall rates of PTSD.

Another theory attempting to explain the difference between the genders is that men and women respond differently to PTSD, and the criteria for diagnosis may not yet take that into account. Since women in general are considered to be more in touch with their emotions, and the criteria for a PTSD diagnosis weighs heavily on emotional responses, it could simply be that women are more easily diagnosed than men. Male symptoms of PTSD can be quite different, including alcohol or drug abuse and angry or violent outbursts, as opposed to the anxiety and depression that women more often experience.

Are Women More at Risk for Peritraumatic Dissociation?

Still another possibility is that women experience more trauma at the time of the initial event. Three key measurements of that trauma include:

In fact, “peritraumatic dissociation”—which is considered the most critical acute response to a traumatic experience—involves that feeling of being disconnected from the body and emotions. It is now believed to be the most likely symptom to lead to PTSD, and women may experience it more often than men.

Indeed, in a 2012 study, researchers reported that peritraumatic dissociation “partly predicts subsequent posttraumatic stress disorder.” They described it as including altered perceptions, impaired memory, emotional numbing, depersonalization, and in some cases, amnesia. In other words, while going through the traumatic experience, the person survived by mentally escaping or “going someplace else” in their minds.

Neurological and Hormonal Differences May be Factors, Too

Still other studies that have looked into women’s brains believe there may be a neurological or even hormonal difference in responses to trauma that could explain why women are diagnosed more often then men.

Women are about one-third less likely than men to report having experienced a trauma, but are about twice as likely as men to meet the criteria for PTSD following such events, and are about four times as likely to develop chronic PTSD.

Women not only respond differently to fear, but their brains behave differently too. They have a more sustained “amygdala response” to negative material than men do, too, which shows that they may be more sensitive and responsive to threats simply because of how their brains are wired. Some studies have found that women also “acquire fear” more easily than men do. Those who experience fearful events during their adolescent years are more likely to experience enhanced fear as adults, whereas the effect seems to be the opposite in men.

Another interesting finding is that women are about one-third less likely than men to report having experienced a trauma, but are about twice as likely as men to meet the criteria for PTSD following such events, and are about four times as likely to develop chronic PTSD. This indicates that coping style may also play a role.

From what we know so far, it seems that women and men both respond equally well to PTSD treatment, which includes cognitive behavioral therapy and medications as needed. The main thing is for women to seek out a therapist who has experience treating PTSD.

Patient and doctor working together can find the right combination of treatments that work best. Most programs usually include “exposure therapy,” in which people learn to face and control their fear. Patients may also work with their doctors to revisit bad memories and learn to make sense of them with a goal of eliminating feelings of guilt and shame.

American Psychiatric Association. (n.d.). What Is PTSD? Retrieved from https://www.psychiatry.org/patients-families/ptsd/what-is-ptsd

Why Women’s Hearts are more Vulnerable to Stress