YOU ARE HERE:Home » Fitness » Why Are Women More Likely to Suffer Back Pain?
FitnessHealth Conditions

Why Are Women More Likely to Suffer Back Pain? 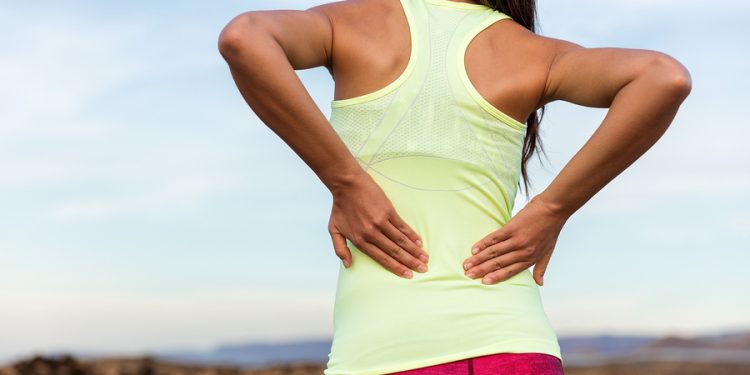 Oh, my aching back.

According to the American Chiropractic Association (ACA), low back pain is the single leading cause of disability worldwide. Affecting over 31 million Americans, it is one of the most common reasons for missed work, and is the second most common reason for visits to the doctor (respiratory infections like the common cold are first).

The causes vary. Strained muscles, ruptured discs, irritated joints, arthritis, sprained ligaments, and more can lead to pain, which is all made worse by stress and poor posture. We’re a nation of sore backs, and recent research tells us that women may be suffering more than men.

In 2006, for example, German researchers reported that even though women typically have healthier lifestyles than men, they also have a higher prevalence of back pain. Scientists were stumped as to why, and noted that there is “clearly a need for more research into the reasons underlying the gender difference.”

So what’s going on?

More People Suffering from Back Pain

To avoid back pain, women are often told to stay active and flexible, and to regularly reduce stress. Strengthening back and core muscles, maintaining a healthy weight, and keeping the back straight when lifting are all good preventive measures.

Still, there are some things we can’t control. Back pain is more common as we age, and can be caused by sprains, accidents, and falls, as well as by medical conditions like arthritis, spinal stenosis, scoliosis, and even pregnancy.

Then we have our modern-day lifestyle, which involves a lot of sitting and slouching over our computers, tablets, and smartphones. Poor posture is a known cause of back pain, and it’s a rare person that remembers to sit up straight and tall while typing or browsing.

Experts warned just a few years ago that modern life with all its conveniences and extended sitting times was resulting in back pain even in young people aged 18 to 34. In 2009, researchers reported that back pain was on the rise. A cross-sectional survey of thousands of households showed that the prevalence of chronic, impairing low-back pain rose significantly over the 14-year period, from 3.9 percent in 1992 to 10.2 percent in 2006. Researchers weren’t sure why the increase occurred, but theorized that increasing rates of obesity and changes in physical work demands both played a part.

Increases in back pain may also be caused by increases in depression, since the two are linked. In fact, the scientists in the study above noted that according to other research, individuals with major depression are almost three times more likely to develop chronic back pain within two years than non-depressed individuals. 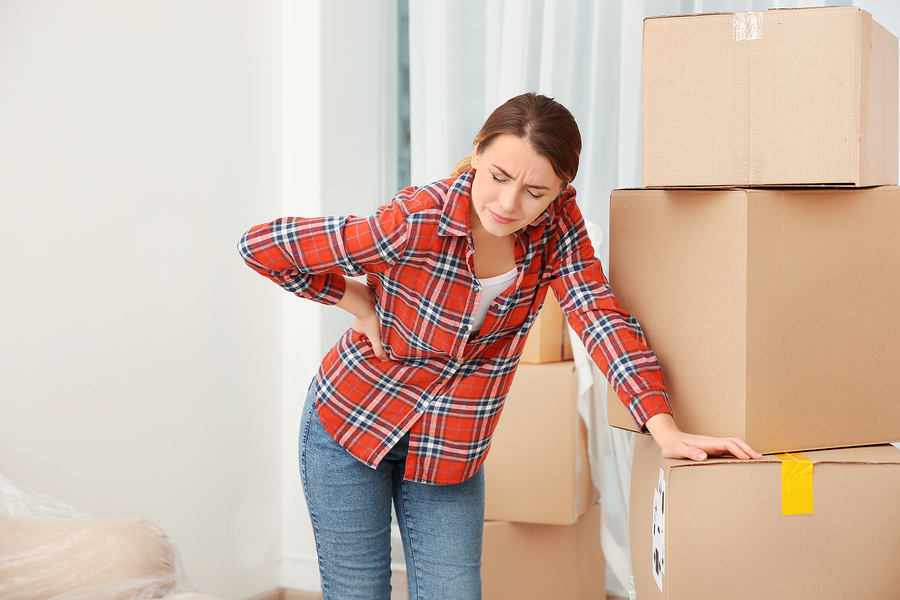 Women Suffer More Back Pain Around the World

Outside of increasing obesity, depression, and sedentary lifestyles, we still see differences between women and men when it comes to back pain, and we see them all over the globe. More Swedish women, for example, reported back pain than Swedish men, and more German women, as well.

A study from Spain reported that prevalence for low back pain in women was 18 percent, but only 11 percent for men. And in England, 25 percent of women compared to 21 percent of men reported back pain for at least one week in the previous month.

So what’s driving these differences? That’s what scientists are trying to figure out.

Do Hormones Play a Role in Women’s Back Pain?

So far, we have several theories as to why women would suffer more back pain. It could have something to do with genes, for example. In 2013, researchers looked at data from nearly 300 patients with disc problems. They found that men recovered more quickly than women. In fact, one year after being hospitalized for the disc problem, two out of three patients had healed completely, but the remaining third—most of them women—were still suffering.

One gene involved in pain regulation seemed to be to blame. Women with the less ordinary variant of this gene often suffered from twice as much pain as the men who had the same gene variant. Scientists aren’t sure why, but say that it has to do with the differences between men’s and women’s brains, and we need more research on that.

Could our sex hormones be to blame? It’s possible, but so far, the studies are mixed. In some, postmenopausal women using hormone replacement had an increased risk for back pain, but in others, hormone treatment made no difference. Sometimes, discontinuing the hormone therapy caused more pain.

Other studies have reported menstrual cycle and hormonal influences on pain sensitivity, but again, the results have been mixed, so we don’t have any clear answers yet. You may notice, however, that your back pain consistently flares up at certain points in your cycle.

Hormones can affect other things related to pain, too, including inflammation and the health of cartilage between joints. Studies have shown that women have a heightened inflammatory response compared to men, and inflammation is a key source of pain. Inflammation is also at the heart of painful conditions like rheumatoid arthritis, osteoarthritis, lupus, and more, all of which can lead to back pain.

Another key piece of the puzzle is the “experience” of pain. According to recent studies, women feel it more intensely than men.

Are Women More Sensitive to Pain than Men?

In a 2012 study, researchers looked at data from 11,000 men and women who were patients at the Stanford Hospital and Clinics. They looked at their reports of pain across a range of different diseases, from cancer to back pain and infectious diseases, and found that in general, women were more likely to indicate higher pain levels than men across all of the different conditions.

When asked what would create the difference, again scientists theorized that hormones might play a role. They explained that estrogen has a protective effect against pain, and that when it drops during the menstrual cycle, it may result in increased pain sensitivity.

They also noted that men, since they are often conditioned to “be tough,” may have just falsely lowered their numbers, but even if that were the case, the results were so convincing on the gender difference that researchers believed male machismo wasn’t the only factor behind the results.

“I think the most [simple] explanation,” said Roger F. Fillingim, a pain researcher at the University of Florida College of Dentistry, “is that women are indeed experiencing higher levels of pain than men.” He added that a combination of factors, including hormones, genetics, psychology, and pain systems vary between the genders, and could contribute to the difference.

What Types of Back Pain Affect Women More?

Gender differences show up not only in intensity and frequency of pain, but in what causes it. The following types of back pain, for example, are more typically experienced by women: 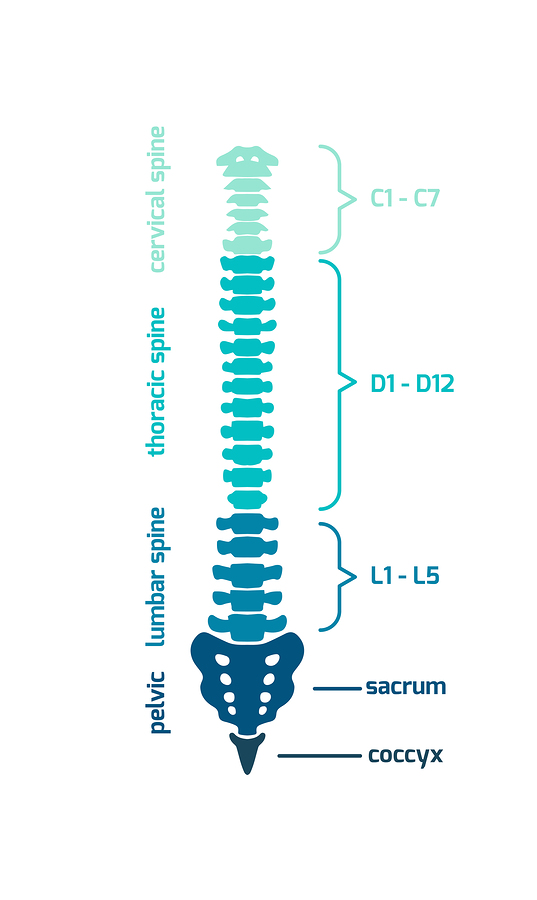 All this can seem a bit discouraging, for sure. Are women just doomed to suffer more pain?

We can turn the tables by watching out for our own health. Committing to regular exercise, good posture, flexibility (with yoga or tai chi), muscle strength, and less time sitting can all help us to feel stronger and less vulnerable to pain.

If you’re already suffering, stay open to different treatment types. Studies have found that not only do women experience back pain differently, they also respond differently to treatment. Whereas physical therapy may be better for men, more intensive, dynamic back exercises could work better for women. Talk to your doctor and spine specialist.

Women are also more likely to benefit from cognitive therapy than men, perhaps because of the strong connection between back pain, stress, and depression.

If the treatment your doctor recommends isn’t working for you, consider acupuncture, massage, meditation, yoga, chiropractic care, and even changes to your diet. In addition, try supplements like fish oil, turmeric, MSM, magnesium, and natural enzymes to reduce inflammation.

ACA. (n.d.). Back Pain Facts and Statistics. Retrieved from https://www.acatoday.org/Patients/Health-Wellness-Information/Back-Pain-Facts-and-Statistics

How Women Can Avoid Pain After Hours at the Computer

5 Reasons Why Women Should be Getting More Magnesium