Why Women Who Enjoy Life Should Eat More Garlic 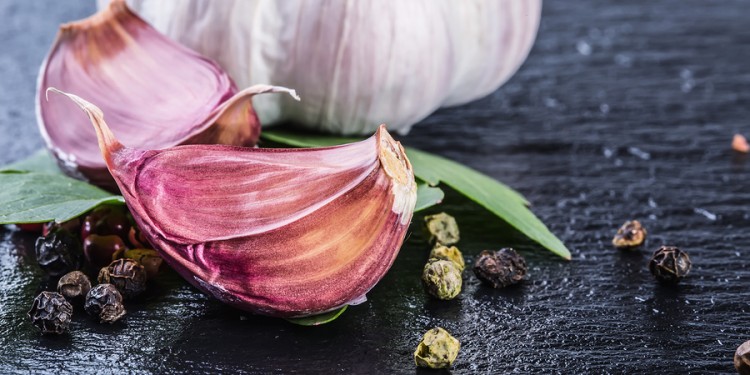 Country star Carrie Underwood is quoted as saying, “Doing the weekly shopping, I stock up on stir-fry kits, Amy’s meatless burgers, and armloads of onions and garlic. I put onions and garlic in everything.”

Whatever you may think of Carrie’s cooking ideas, she may be doing one of the healthiest things any woman can do for herself: consuming a regular diet of garlic.

We’ve had several studies over the years indicating how healthy garlic is, but recent research makes it even more compelling. It’s appropriate that just before February, which is “Heart Month,” a new study was released indicating that garlic may be able to do what few other things can—turn back the clock on the age of our arteries.

Is it possible? Read on to find why if you’re not already regularly eating garlic, you should be!

…garlic may be able to do what few other things can—turn back the clock on the age of our arteries.

Study Shows Garlic Can Help Clean Up Your Arteries

For this most recent study, researchers from the Los Angeles Biomedical Research Institute at Harbor-UCLA Medical Center selected 55 patients aged 40 to 75 who had been diagnosed with metabolic syndrome (a group of risk factors that increase risk of heart disease). They then measured the plaque in their arteries using CCTA imaging technology.

We know that over time, the arteries can become clogged and narrowed with calcium deposits and plaque buildup. Most people probably have some of this plaque in their arteries as they age, but too much can narrow the blood vessels enough that the heart has to work harder to pump blood through them. This can cause high blood pressure, and may increase risk of blood clots and heart attack.

After measuring the arteries, the researchers gave the participants either 2,400 milligrams of aged garlic extract once a day, or a placebo. A year later, they measured the plaque buildup again. The results were exciting. Those who had taken the garlic:

Lead researcher Matthew J. Budoff, M.D., noted that the study demonstrated the ability of garlic to reduce the accumulation of soft plaque and prevent the formation of new plaque in the arteries. “We have completed four randomized studies,” he said, “and they have led us to conclude that aged garlic extract can help slow the progression of atherosclerosis and reverse the early stages of heart disease.”

Heart disease remains the number-one killer of women. Looking for a vacuum cleaner for your arteries? Garlic may be it! 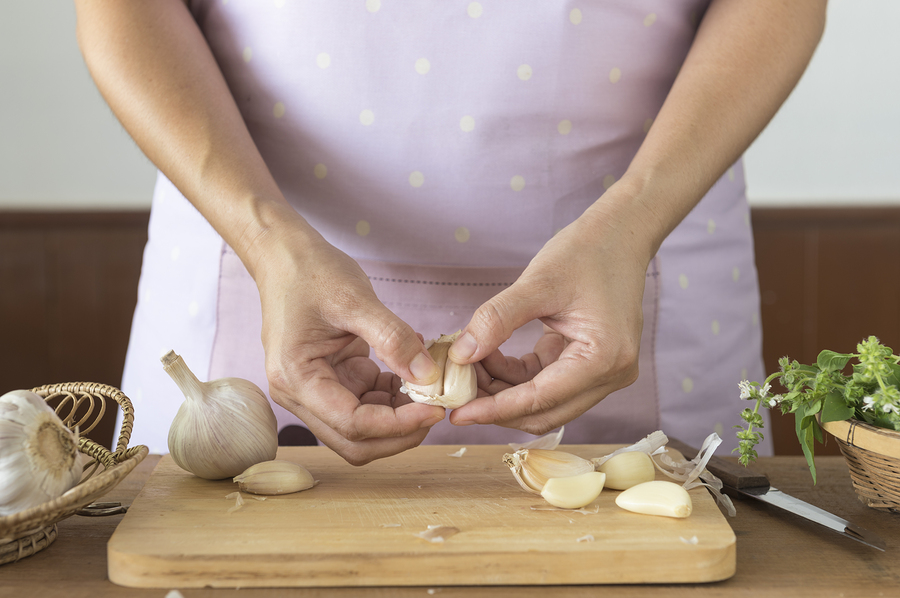 This isn’t the only study showing how garlic can help prevent heart disease. In 2006, for example, researchers reviewed a number of studies that had examined garlic’s effect on the heart, and found that it:

Researchers actually suggested that doctors advise “high-risk” individuals to use these complementary therapies to decrease the risk of death from cardiovascular disease.

Another critical finding—garlic is a strong anti-inflammatory. Recent research has named chronic inflammation a key factor in heart disease. Garlic has been found to inhibit the activity of inflammatory enzymes, decrease iNOS (which is linked with narrowed arteries), and decrease the production of inflammatory signal molecules in immune cells.

Another critical finding—garlic is a strong anti-inflammatory. Recent research has named chronic inflammation a key factor in heart disease

We need more studies before we know for sure the extent of the benefits garlic may bestow on the heart, but with what we know so far, women would be smart to include it in their diet as often as possible.

We’re focusing mainly on heart health because 1) it’s heart month, and 2) heart disease is the number one killer of women.

But to stop there would be to shortchange garlic. Studies have also linked it to the following potential health benefits:

What’s the Best Kind of Garlic to Take?

Scientists have shown us that real food is more likely to give us the health benefits we want than supplements. With garlic, though, it turns out that extracts, as well, can be beneficial. Researchers used extracts in most clinical trials, and have found them to be bioavailable.

In a 2005 study, for instance, two scientists compared fresh garlic with two types of supplement tablets (dried fresh garlic and dried aged garlic extract). They found that the bioavailability of the supplements was similar to those of crushed, fresh garlic.

They found that the bioavailability of the supplements was similar to those of crushed, fresh garlic.

More good news: A 2006 study reported that it wasn’t necessary for garlic preparations to contain odorous compounds to be effective. Researchers noted that there was significant evidence suggesting that allicin-free (non-odorous) garlic could have similar health effects to odorous extracts or natural garlic.

Products you can buy may vary in their composition, though, depending on how the garlic was processed and stored. In studies so far, aged garlic extract (also called AGE) has the most evidence behind it, and is more consistent in its composition than say, garlic powder.

AGE is aged for up to 20 months—which converts some of the harsh and irritating compounds into stable and safe sulfur compounds—and then it’s concentrated for use. It’s odorless (a plus for social situations), lacks the potential digestive upset sometimes associated with consuming large amounts of fresh garlic, and has been linked with antioxidant protection, inhibiting the cancer process, protecting the liver from toxins, lowering cholesterol, and other health benefits. It’s also been shown in a number of toxicity tests to be safe.

It’s good to remember, too, that scientists haven’t figured garlic out completely, yet. They’re still not sure which of its compounds is most responsible for its effects. Some may help lower cholesterol, for example, while others tame inflammation.

For this reason, we think the best approach is to combine the two: real food with supplements. If you want to protect your heart health, step up your use of garlic in your cooking, and if you have risk factors for heart disease or for some of the other health conditions mentioned above, you may want to consider a quality supplement of aged garlic extract.

Why Women are Superior Tasters

How Sex and Gender Influence Health and Disease