Why You’re at Risk for Iron Deficiency 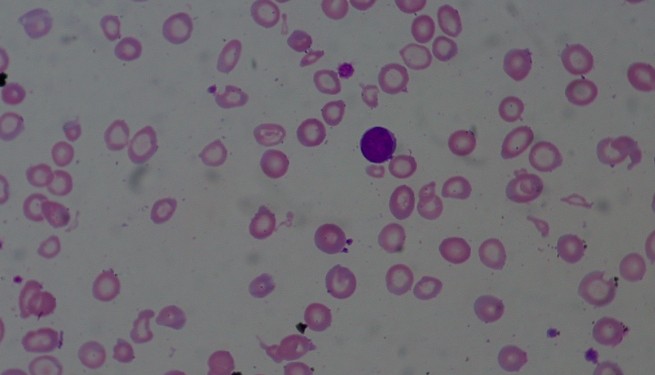 Hearing the term “nutrient deficiency” may spur images of populations with limited access to food and proper nutritional resources, but don’t let misconceptions guide you.

The reality is nutritional deficiencies are quite widespread for the U.S. population (widespread when you consider the fact that food sources are not scarce), and even people with outstanding diets can be subject to this health issue.

So much of the food in the American diet has been stripped of proper nutrients and then refortified after processing that you’re not getting the full nutritional value of a food product unless you’re eating the most whole version of that food. And even if you are eating whole and non-processed foods, sometimes that’s still not enough to meet your body’s nutritional requirements.

As it turns out, the most common nutritional deficiency in the world also happens to be the most prevalent among female populations in the U.S.

According to the American Academy of Family Physicians, the prevalence of iron deficiency anemia in the United States varies widely by age, sex, and race, however seven percent in women of reproductive age, regardless of race have iron deficiency.

So how do we know whether we’re at risk for iron deficiency anemia, or if we already have it? First we have to understand why we’re more at risk as women and what we can do to avoid iron deficiency.

Iron’s Role in the Body

According to the Centers for Disease Control and Prevention, iron is a mineral and a part of all cells in the body.

One of the more well-known roles of iron in the body is its role in the hemoglobin protein, which is responsible for carrying oxygen from our lungs  throughout the rest of our body.

When our consumption of iron-rich foods are lacking, or our iron stores have been depleted, we’re left with not enough hemoglobin, which translates to anemia.

As you can imagine, iron deficiency also affects other aspects of our body’s functioning, however it’s the blood and iron connection that leaves women of reproductive age at the highest risk for deficiency.

Women of reproductive age must take extra care to eat a diet with proper amounts of iron due to the blood loss experienced during menstrual cycles. Even women without a heavy flow can experience iron deficiency by living an active lifestyle and not properly fueling or recovering with the right foods before and after exercise.

Additionally, pregnant women are at higher risk for iron deficiency because they need more iron to keep up with the increased blood supply needed for a healthy pregnancy.

According to anemia.org, it is estimated that women will need approximately 50 percent more iron during pregnancy; increasing from 18 to 27 milligrams per day. Women who had a pre-pregnancy deficiency are also more likely to have persisting deficiency throughout pregnancy.

The common component of all these events (menstrual cycles, active lifestyle and pregnancy) is that they are put women at a heightened need for iron, which can quickly lead to deficiency.

According to the Centers of Disease Control and Prevention, “Too little iron can impair body functions, but most physical signs and symptoms do not show up unless iron deficiency anemia occurs. Someone with early stages of iron deficiency may have no signs or symptoms.”

This is why it is important to stay tuned in to your body’s signaling as well as schedule routine appointments with your doctor who will advise for routine blood work, which can detect lower counts of blood proteins and iron levels.

Some signs of iron deficiency anemia include:

– Breathlessness and low endurance when performing even low intensity activities

Red meat is one of the most-widely known iron sources, but eating a huge steak for dinner every night (as awesome as that may sound for our omnivore readers) is not the healthiest diet to keep. Heme iron, can also be found in poultry and seafood in addition to red meat, and this form of iron (heme-iron) is absorbed two to three times more efficiently than iron from plants.

However, many plant-based foods contain iron (considered non-heme), although it must be noted that the absorption of iron from non-heme foods is enhanced when combined with consumption of heme-iron sources.

These are some of our favorite non-heme, iron-rich food sources. (Note the pumpkin seeds on this list, which we’ll have an awesome roasting recipe for later this month at the start of fall!) 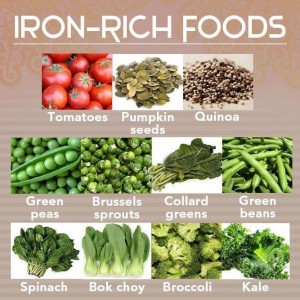 Note: If you are experiencing symptoms such as those with iron deficiency, seek the help of a medical professional. They will be able to properly diagnose your symptoms and establish a proper plan of care.

Choosing An Activity Tracker That’s Right For You

Restless Legs Syndrome: Quiet Your Feet and Get Back to Sleep