Could Women Be Consuming Too Little Salt? 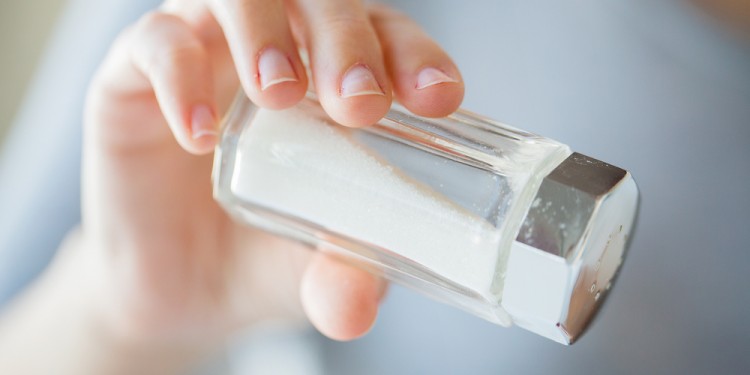 The American Heart Association (AHA) recommends that Americans consume less than 1,500 mg/day of sodium. If everyone cut back to this much, they say it could result in a 25.6 percent overall decrease in blood pressure, and a reduction in total cardiovascular-related deaths of between 500,000 – 1.2 million over the next 10 years.

The Dietary Guidelines for Americans aren’t quite as strict. They recommend limiting sodium to less than 2,300 mg/day—unless you’re 51 and older, or are at a higher risk for heart disease, like those with high blood pressure, diabetes, or chronic kidney disease. Then they line up with the AHA, recommending lower intakes.

Yet most Americans consume more than 3,300 mg/day, something that for years the experts have told us is bad, very bad. Eating too much salt puts us at risk of a number of diseases, states the Centers for Disease Control and Prevention (CDC), like heart disease and stroke.

Yes, some people may benefit from sodium reduction, but it turns out that a person’s genes, age, and other medical conditions can all play a part in how that reduction affects—or doesn’t affect—a person’s health.

More recent research, though, has shown it’s not quite that simple. Yes, some people may benefit from sodium reduction, but it turns out that a person’s genes, age, and other medical conditions can all play a part in how that reduction affects—or doesn’t affect—a person’s health.

As is often the case, the more we learn, the more we realize that we don’t know. Should all women cut back on daily salt intake? Maybe only some women? How about you? Would you be healthier if you consumed less, or would it make any difference?

What is Salt For?

Humans do need a certain amount of salt to help control the balance of fluids in the body, and for our muscles and nerves to work properly. If we don’t get enough, we can suffer from a number of health problems, like digestive ailments, cognitive impairment, and muscle spasms and cramps. A severe sodium deficiency can cause seizures and coma.

The body constantly works to keep sodium levels in balance. Too much and the kidneys flush some out. Too little and the intestines increase their efficiency of absorption, and the kidneys take a step back.

The modern Western diet makes it near impossible not to get enough sodium, but it can happen, particularly in the following:

How Much Salt Do Women Consume?

In general, it seems that women consume less salt than men—though both often consume more than the recommended amount. A 2004 Canadian Community Health Survey reported that among people aged 19 to 70, 85 percent of men and 60 percent of women had sodium intakes exceeding the upper limits.

Those statistics make it clear that if sodium is related to high blood pressure—as most evidence shows it is—women need to be serious about controlling their intake.

But is it really that simple? If we reduce sodium intake, are we automatically healthier? 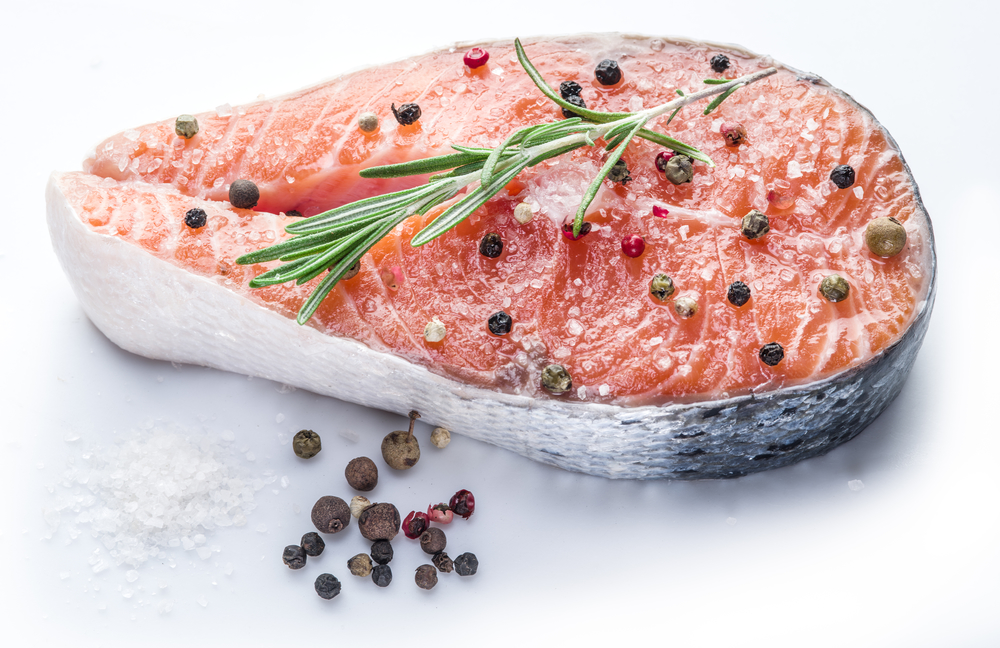 We have epidemiological studies showing that when sodium intake goes down, there appears to be a reduction in heart disease, but according to Dr. Paul Whelton, a professor of global health at Tulane University, the results weren’t statistically significant, meaning they could have been due to chance.

In other words, we don’t have high-quality, direct evidence linking sodium reduction with a lowered risk of heart attack, stroke, or death. In the studies we do have, the results are inconsistent. Research in this area isn’t easy, as scientists often have to rely on participants’ own reports of their sodium consumption, which can easily be inaccurate. Still, Whelton believes that Americans would be healthier if they lowered their consumption of sodium.

In 2011, for example, a review of 167 studies found that reducing the amount of salt consumed did lead to small reductions in blood pressure after 6 months, but there was only weak evidence that these changes led to cardiovascular benefits.

Other researchers disagree. Dr. Michael Alderman, professor emeritus of epidemiology and population medicine at Albert Einstein College of Medicine, says that the upper limit for sodium—the amount that is dangerous for health—should be higher, like closer to 5,000 mg/day. He also argues that going below 2,500 mg/day could actually increase cardiovascular risk. Some of his own studies showed that those people who consumed between 2,500 and 5,000 mg/day were at a lower risk of dying than those who consumed more than 5,000 or less than 2,500.

In 2011, for example, a review of 167 studies found that reducing the amount of salt consumed did lead to small reductions in blood pressure after 6 months, but there was only weak evidence that these changes led to cardiovascular benefits. A more recent update of that study remained inconclusive.

A recent article in The Washington Post highlighted the big salt debate, noting that the longstanding warning about salt has come under question, and that there is even some concern that the recommended low levels of daily sodium could be dangerous. They quoted Andrew Mente, professor at McMaster University in Ontario and a major sodium researcher, as saying that there is “no longer any valid basis for the current salt guidelines. So why are we still scaring people about salt?”

Should Women Be Consuming More Salt?

The drive to convince us to consume less salt has been long and fierce. In April 2010, the Institute of Medicine went so far as to urge the FDA to regulate the amount of salt that food manufacturers could put into their products.

The idea is that lowering salt consumption could lower blood pressure, and there’s no doubt that we have too much high blood pressure in this country, and that it’s not good for us. Yet even this connection is now questioned, as studies linking the two have been inconsistent. A 2004 study review, for example, found that low-salt diets, over time, had little effect on blood pressure in healthy people, decreasing systolic by 1.1 mmHG, and diastolic by 0.6 mmHG, comparable to going from 120/80 to 119/79.

A 2006 study on sodium intakes in Americans reported that the more sodium people ate, the less likely they were to die of heart disease. A later 2015 study found similar results after following participants for 10 years. Those who consumed less than 1,500 mg/day did not live significantly longer than those consuming 1,500 to 2,300 mg/day or even those consuming more than 2,300 mg/day.

In fact, a panel of experts convened by the Institute of Medicine, which had previously petitioned the FDA to regulate salt levels in foods, concluded in a 2013 report that “the evidence on direct health outcomes does not support recommendations to lower sodium intake…to or even below 1,500 mg per day.” Committee chairman Brian Strom, professor of public health at the University of Pennsylvania, noted that those who are eating too much sodium should lower their intake, but that it was possible to lower it too much and actually do more harm than good.

Yet in 2011, researchers from the CDC maintained that a diet high in sodium increases risk of death from all causes, according to an analysis of data from 1988 to 2006 on over 12,000 U.S. adults.

What’s a woman to do?

Best Steps for Women to Protect Their Health

The bottom line right now is that we need more studies before we can determine for sure how much salt or how little we should consume for optimal health. Most likely, that number will vary based on a number of factors, such as age, existing medical conditions, weight, race, and other factors that can all affect sodium sensitivity.

In the meantime, here’s what we can assume based on what we know. If you have any of the following risk factors, you may want to limit your salt intake:

The other advice that really makes sense for everyone is to limit consumption of processed and restaurant foods, from which most of our excess sodium comes from. These foods also tend to contain more sugar and additives that aren’t good for us. Studies have linked a diet high in processed foods to weight gain and addictive eating, which can lead to other health problems like type 2 diabetes and heart disease.

There’s no doubt that we can all benefit from eating more fresh fruits and veggies, and limiting items packaged in bags and boxes, as well as fast food items and snack foods.

Healthy women who are active in general have less to worry about, as they can tolerate a higher salt intake than those who are less active. Getting enough potassium from fresh fruits and veggies also helps to balance sodium intake.

Bottom line for all women: focusing on overall patterns of healthy eating, rather than any one particular ingredient, is the best path to long-term health.

“Sodium: How to tame your salt habit,” Mayo Clinic, May 30, 2013, http://www.mayoclinic.org/healthy-lifestyle/nutrition-and-healthy-eating/in-depth/sodium/art-20045479.

“Get the Facts: Sodium and the Dietary Guidelines,” CDC, June 2012, http://www.cdc.gov/salt/pdfs/sodium_dietary_guidelines.pdf.

Sara G. Miller, “The Great Salt Debate: How Much Sodium is Too Much for Your Diet?” LiveScience, November 11, 2015, http://www.livescience.com/52765-sodium-diet-blood-pressure-recommendations.html.

Acne again! Is your pasta to blame?