Why Women May Want to Return to Full-Fat Dairy Products

I remember when we made the switch.

Whole milk, which had been a staple of the American diet for decades, was bad for our hearts, the experts told us. It contained too much fat that could clog our arteries. Other full-fat dairy products, too, like cottage cheese, yogurt, pudding, and cheese also increased risk of heart disease, type 2 diabetes, obesity, and cancer.

Low-fat options were the way to go for good health, they assured us.

So my family replaced our full-fat milk jug with a one-percent milk fat option instead. We also started buying low-fat versions of other dairy products, until buying full-fat seemed an indulgence, at best, and dangerous, at worst.

It was a bit of an adjustment. The products tasted different, more watery. But when you’re talking about your long-term health, you understand that sometimes you need to make sacrifices. And after awhile, we all got used to it.

But recently, there have been some rumblings in the scientific world.

Could it be that they had it all wrong?

Are the full-fat versions of dairy products actually better for us?

“The observational evidence,” the researchers wrote, “does not support the hypothesis that dairy fat or high-fat dairy foods contribute to obesity or cardiometabolic risks, and suggests that high-fat dairy consumption within typical dietary patterns is inversely associated with obesity risk.”

In other words, low-fat dairy doesn’t seem to be any healthier than high-fat dairy, and may actually be less healthy in some ways.

Other studies have shown similar results. Scandinavian researchers followed about 1,500 men aged 40-60 years over a 12-year period. They found that a low intake of dairy fat was actually associated with a higher risk of developing obesity, while a high intake of dairy fat was associated with a lower risk of obesity—the exact opposite of what we’ve been lead to believe would happen.

An earlier 2014 study showed similar results—those who ate the most high-fat dairy products had a 23 percent lower risk of developing type 2 diabetes than those with the lowest consumption. A third study found that eating more high-fat yogurt and cheese could reduce risk of type 2 diabetes by as much as a fifth.

Does Low-Fat Fail to Protect Women from Heart Disease?

Heart disease remains the number-one killer of women, and we’ve all been taught that the best way to avoid it is to cut back on fat. But more recent studies are questioning that logic, too.

Researchers looked at data from over 200,000 participants and found no link between high-fat dairy foods and risk of cardiovascular disease.

In 2016, for instance, scientists reported that a higher fat DASH (Dietary Approaches to Stop Hypertension) diet actually lowered blood pressure the same as the regular DASH diet, but then also reduced triglyceride levels and did not raise LDL “bad” cholesterol levels.

Does this mean that women can go back to eating full-fat dairy products without having to worry about negative health consequences?

Should Women Be Concerned About Full-Fat Dairy?

There are plenty of reasons for women to be concerned about eating too much fat.

Breast cancer is one of them. In 2013, researchers reported that patients who consumed high-fat dairy products after getting a breast cancer diagnosis were more likely to die from the disease years later. An earlier study also found that intake of animal fat, mainly from red meat and high-fat dairy foods, was associated with an increased risk of breast cancer.

In 2013, researchers reported that patients who consumed high-fat dairy products after getting a breast cancer diagnosis were more likely to die from the disease years later.

Results on breast cancer, too, haven’t always been consistent. A pooled analysis from over 20 studies found no link between dairy product intake and breast cancer risk.

Still, the fact that even some studies have found a connection can leave women feeling worried. Even if recent studies show that full-fat dairy products don’t affect heart disease risk and may even protect against obesity and type 2 diabetes, there are those other studies showing the exact opposite.

So what are women supposed to do? 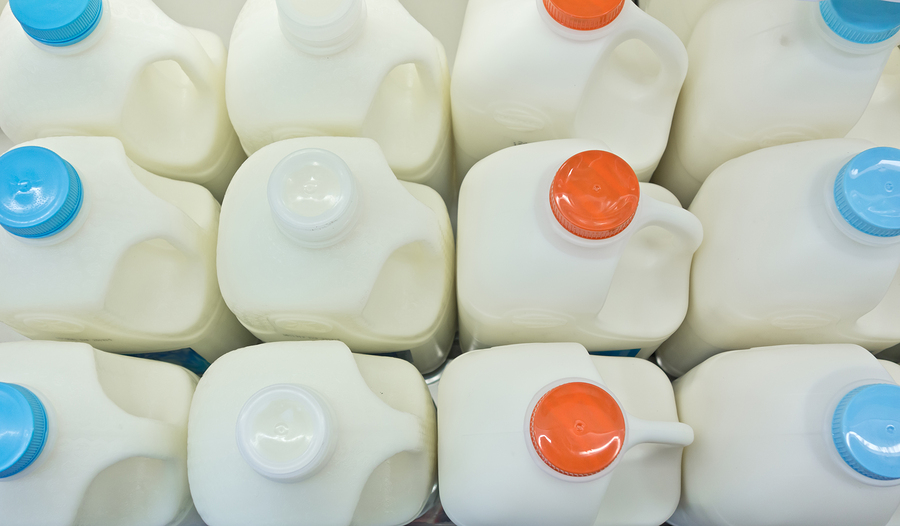 The Whole Fat-Health Connection is More Complicated Than Expected

Here are some things to consider.

When manufacturers began to take the fat out of dairy products, they often replaced it with sugar to make it taste better. That means that while we were getting less fat, we were getting more sugar, which we now know may actually be more harmful when it comes to our health.

Studies have also found that when we eat less fat, we tend to eat more sugar and simple carbohydrates to compensate for the lack of fat in our diets. Both of these are known to increase inflammation—which is linked to heart disease and cancer—and to increase risk of diabetes.

Studies have also found that when we eat less fat, we tend to eat more sugar and simple carbohydrates to compensate for the lack of fat in our diets.

All that sugar also seems to have a more detrimental affect on our weight than fat does. In a 2016 study of over 18,000 women over the age of 45, researchers found that greater intake of high-fat dairy products (but not low-fat dairy products) was associated with less weight gain.

In a review of 39 studies, researchers found that higher intakes of sugar not only increased risk of obesity, but also raised triglyceride levels, increased total cholesterol levels, and increased blood pressure.

The problem is that when experts started telling us to cut out the fat in our diets, they didn’t realize that we’d have resulting cravings that would compel us to replace them with other bad stuff. Scientists failed to take the human diet as a whole into consideration.

The theory now is that maybe, when we eat full-fat dairy products, we don’t feel as many cravings for sugary foods. Fat tends to satisfy. In fact, foods that can make us feel full have been largely ignored until now as being important to our health. Full-fat dairy products are more satisfying than low-fat dairy when it comes to fullness, and that alone could help us to better manage weight and our risk of cardiovascular disease.

You’ve heard the advice to eat more avocadoes, walnuts, flaxseed, and fatty fish, for example. That’s because these foods contain what are called “healthy fats” that we now know can help protect the heart, blood vessels, and brain.

It could be that dairy fats, too, can help improve the way our cells break down sugar from food, which would have an overall positive effect on our health. Certain high-fat dairy foods that are fermented, like yogurt and cheese, can help improve insulin response, which would decrease risk of type 2 diabetes. Fatty acids from dairy foods may play a role in hormone regulation, and may help limit how much fat the body stores.

What About Dairy Products and Hormones?

There’s something else that’s concerning about dairy products, however: hormones.

We know from scientific research that there is a link between cancer and hormones, estrogen in particular. Unfortunately, much of the milk we buy in the store has hormones in it. Cow’s milk, according to Harvard researchers, contains considerable amounts of female sex hormones.

This is because most dairy farms in the U.S. keep their cows pregnant to keep them producing, and milk from pregnant cows contains higher hormone levels than milk from nonpregnant ones.

Since hormones reside in fat, the concern is that full-fat dairy products will have more hormones.

Could this be why some studies have found a link between the consumption of full-fat dairy products and an increased risk of some cancers?

We don’t know for sure yet. Remember that many studies have found no link between dairy products and cancer, and some have even found dairy products to be protective against some cancers. But it is something to keep in mind.

How do we balance what we know about full-fat dairy and women’s health with what we don’t know?

For now, scientists advise women not to go whole-hog on full-fat dairy, but to consider replacing some of their low-fat items with higher-fat alternatives to try to go for a more well-balanced diet.

You may want to swap your one-percent for whole milk, for example, or choose full-fat yogurt and cottage cheese (since these are fermented products and likely healthier anyway).

You may want to swap your one-percent for whole milk, for example, or choose full-fat yogurt and cottage cheese (since these are fermented products and likely healthier anyway). If eating high-fat dairy options help you eat less sugar and carbs overall, that’s another reason to eat more of them—especially if you find that you lose weight when doing it.

Every woman is different, so your best bet is to experiment a little bit and see what’s best. What you don’t want to do is see fat as the enemy anymore. We have too much evidence showing that it can help protect you against disease. It’s still wise to limit your consumption so you’re not packing on the extra calories, but it might also be smart to add back in a few items you enjoy to see how they affect you.

In addition, look for healthier options that are likely to have fewer hormones. That means products that come from organically raised, grass-fed cows. You may also want to consider raw milk (that hasn’t been pasteurized) in some cases, because it contains healthy enzymes, but do consider the source so you don’t expose yourself (or your family) to dangerous microbes. If you’re at all concerned, go for pasteurized.

Peter J. Huth and Keigan M. Park, “Influence of Dairy Product and Milk Fat Consumption on Cardiovascular Disease Risk: A Review of the Evidence,” Advances in Nutrition, May 2012; 3:266-285, http://advances.nutrition.org/content/3/3/266.full.

How is your Spouse's Health Impacting Yours?