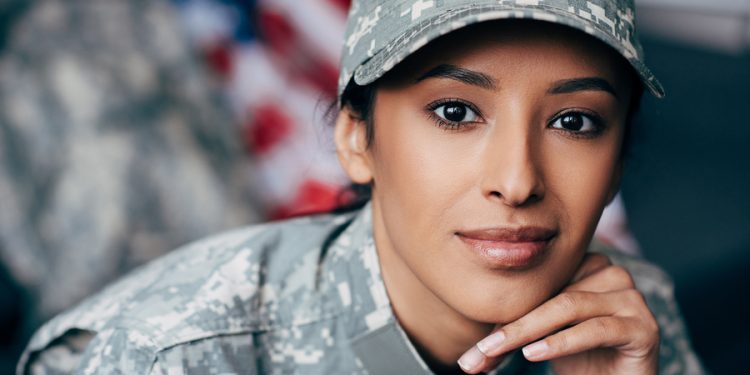 Women have served in the military since the American Revolution, but in recent years, more roles have opened up for them. Today, according to a report in CNN, “more than 200,000 women are in the active-duty military, including 69 generals and admirals.”

The “Women Veterans Report” released by the Department of Veterans Affairs in February 2017 indicated that the number of women serving in the military has grown, and that in 2015, they made up 9.4 percent of the total veteran population. By 2043, they’re expected to make up 16.3 percent of all living veterans.

That’s good news for a lot of reasons. In 2010, PBS reported on what women get from the military, and found a lot of positive benefits. These included the following:

But as any woman in the military will tell you, there are challenges, as well, and many of these can put a woman’s health at risk. Below, we examine three health issues that can be particularly concerning for women in the military.

Mention these and most women will shudder. They’re simply not pleasant, as symptoms include pelvic pain, a burning sensation when urinating, and a strong and frequent urge to urinate.

The American Urological Association estimates that a woman’s lifetime risk of getting a UTI range from 40 to more than 50 percent. Depending on the location and severity of the infection, women may also experience upper back and side pain and high fever.

Women are at greater risk for UTIs than men because of their anatomy. Women have a shorter urethra (the tube leading from the bladder out of the body) than men do, which means bacteria have a shorter journey to reach the bladder.

Women who serve in the military may be at an even higher risk than other women. Retired Army Colonel Dr. Elspeth Ritchie spoke at a health summit in Falls Church, Virginia in 2014, where she stated that dirty bathrooms are a cause for female UTIs on deployment. The American College for Obstetricians and Gynecologists (ACOG) reported in 2012 that combat locations with limited sanitary equipment leave women at greater risk of UTIs.

According to an Army report released by a task force on women’s health, a 2000 survey of nearly 850 women found that nearly half had experienced symptoms of UTIs or vaginitis (vaginal inflammation) while deployed. Many declined to seek treatment, and UTIs that are allowed to advance can lead to kidney disease and pelvic infections.

In 2013, Lt. Colonel Nancy Steele, Ph.D., a women’s health nurse practitioner, reported that UTI is the most common health risk for deployed military women, and is often the result of holding urine for a long time or reduced hydration.

Women are advised to drink plenty of water, go to the bathroom when needed, and to seek medical attention for UTIs. The Army Women’s Task Force recommends the FUDD (Female Urinary Diversion Device), which allows women to urinate discreetly while in the field. They also suggest that women use self-diagnosis kits to test for UTIs, in the hopes of increasing the number of women who seek medical attention for them.

The U.S. Department of Veterans Affairs (VA) reports that according to one study, 23 percent (over one-fifth) of female users of VA healthcare reported experiencing at least one sexual assault while in the military. According to a 2006 study, as many as a quarter of military women have been sexually assaulted, and 80 percent sexually harassed.

According to a 2006 study, as many as a quarter of military women have been sexually assaulted, and 80 percent sexually harassed.

The researchers add that these attacks in the military setting “may be more damaging than those that occur in other work settings, in part because such events may emphasize women’s ‘outsider status.’” These assaults have long-lasting health effects on women, including posttraumatic stress disorder (PTSD), major depression, alcohol or drug abuse, long-term sexual dysfunction, disrupted social networks, employment difficulties, and increased suicide risk.

Medical conditions associated with sexual assault, according to the research, include breast cancer, obesity, asthma, and heart attacks. Women who are exposed to combat stress as well—with effects on physical and mental health similar to sexual assault—can get a double dose of trauma that can be extremely difficult to deal with.

To make the problem worse, women are unlikely to report the assaults. According to Ritchi, “They’re embarrassed and want to get on with their lives.” She suggested that to prevent these assaults, commanders and leaders should know where their troops are at all times, and should examine patterns of when and where the assaults occur to help modify behavior.

Women are advised to report the assaults, and to seek medical attention for them—not only immediately, but down the road as well, when they return home. VA doctors are also advised to screen for sexual assault in veterans.

Whether related to sexual trauma, combat stress, or other issues, PTSD affects women in the military differently than it does men, according to the VA. Common symptoms in both genders include sleep problems, flashbacks, fear-based anxiety, and feelings of detachment. But women are “more likely to be jumpy, to have more trouble feeling emotions, and to avoid things that remind them of the trauma than men,” according to the VA.

Not all women who go through a traumatic event develop PTSD. Women who were injured during the event, who were sexually assaulted, or who did not have good social support, are at an increased risk.

Not all women who go through a traumatic event develop PTSD. Women who were injured during the event, who were sexually assaulted, or who did not have good social support, are at an increased risk.

Researchers have linked PTSD to poorer overall health and increased likelihood for mental health problems and substance abuse. Yet women may feel hesitant to report their symptoms to the VA because of shame and stigma, or because of they don’t trust their healthcare providers to truly help them.

Some organizations are working to make things better by increasing their understanding of a woman’s response to PTSD. In a 2013 VA study, researchers found that women diagnosed with the disorder responded more strongly to visible cues than men when they saw an image and knew it was going to be followed by an electric shock. Researchers said this showed that women were “more strongly conditioned” than men—a finding that may lead to better treatments.

In other words, researchers believe that perhaps if fear conditioning differs between the genders, then methods of extinguishing that fear may differ, too. Typically, patients are gradually exposed to cues that previously meant danger (big crowds, for example), until they realize that there is no reason to be afraid. This is called “extinction learning” and is believed to be important for recovery from PTSD.

“A deeper understanding of this process could alter our strategy for how we treat PTSD in men and women,” said Dr. Sabra Inslicht, staff psychologist at the San Francisco VA Medical Center.

Women in the military are also at risk for unplanned pregnancies and chronic stress, such as that which may accompany leaving children behind. Though the VA and other organizations are working to make things better, women remain their own best health advocates.

PTSD, for example, is often misdiagnosed in women because of cultural stereotypes or a lack of research on how the symptoms differ. For years, studies on military PTSD were focused on men and combat trauma, so there is less information on how the disorder affects women, or victims of sexual trauma.

You know yourself and your experiences best—don’t be afraid to keep knocking on doors until you get the help you need.

Department of Veterans Affairs. (2017, February). The Past, Present and Future of Women Veterans. Retrieved from https://www.va.gov/vetdata/docs/SpecialReports/Women_Veterans_2015_Final.pdf

Eveleth, R. (2016, May 5). Women Are the Invisible Victims of PTSD. Retrieved from https://motherboard.vice.com/en_us/article/ezpvwn/ptsd-isnt-just-for-soldiers

Osborne, V. (2012). Psychosocial Effects of Trauma on Military Women Serving in the National Guard and Reserves. Advances in Social Work, 13(1), 166-184. Retrieved from http://deploymentpsych.org/sites/default/files/mc_resources/Psychosocial%20Effects%20of%20Trauma%20on%20Military%20Women%20Serving.pdf

Scott, J. (2010, May 6). Women in the Military: What do Women Get from the Military? | POV – Regarding War | PBS. Retrieved from http://www.pbs.org/pov/regardingwar/conversations/women-and-war/women-in-the-military-what-do-women-get-from-the-military.php

Don’t Get Sick at Your Salon! 10 Safety Tips